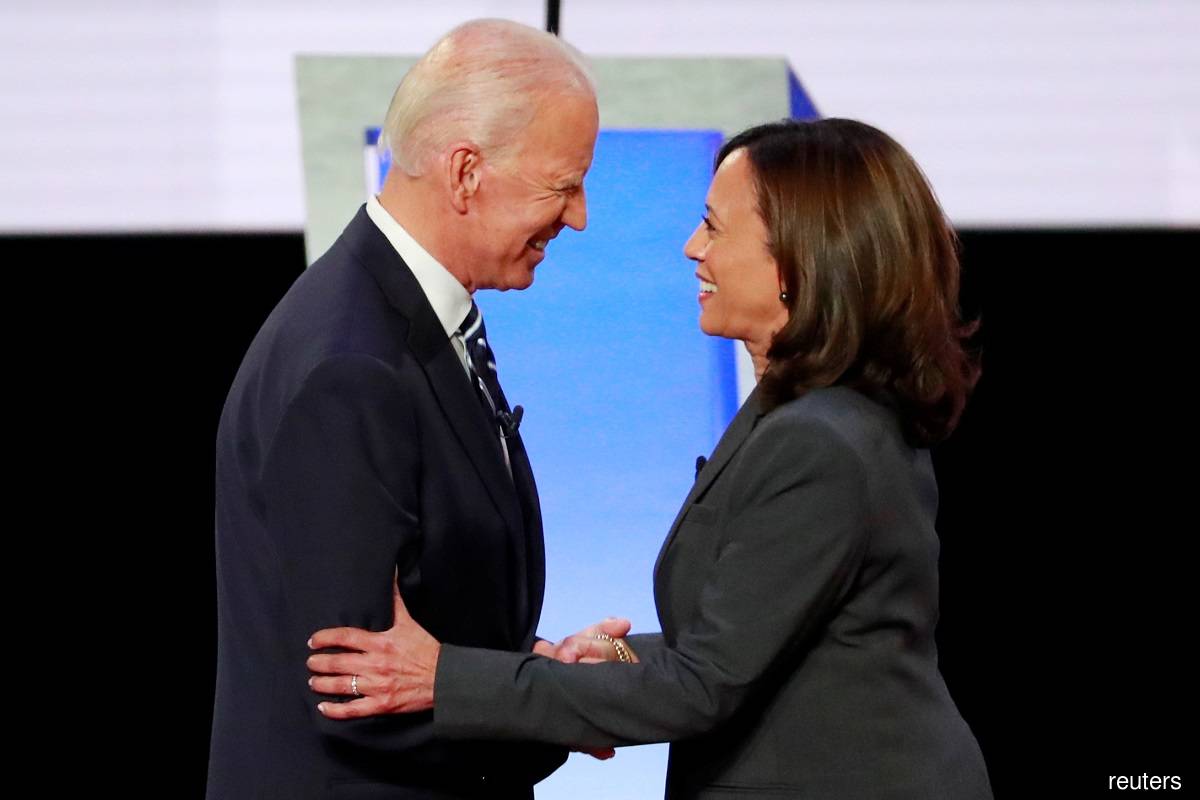 WASHINGTON (Aug 12): Among that sad subset of people whose hobby over the last few months has been speculating about Joe Biden's running mate, Senator Kamala Harris of California was always in the lead. There is a reason for that: She checks all the boxes.

Biden said he was going to choose a woman. The next logical question, once he made that declaration, was whether that woman would be white. So he more or less had to choose a non-white woman: A white woman would have been a disappointment to too many Democrats.

That left Biden with a small pool. And there was another test Biden had to apply: He faced even more pressure than usual to choose someone who would strike people as a plausible president if he were to die in office. His age — at 78, he would be the oldest man to be inaugurated if he won — obviously raised the stakes for his choice. But he also needed a running mate who was "ready on day one" because so much of his campaign message is about reassurance. He has been saying that his presidency will not be a high-wire act, or an ideological bender. His selection had to fit that theme.

The criterion of experience in high office eliminated several of the contenders that had been generating buzz. Stacey Abrams was a state-legislative leader in Georgia but has never won a statewide race. Representative Karen Bass of California has no national profile. Neither does Representative Val Demings of Florida.

Apply these criteria — female, non-white, plausibly presidential — and the field shrinks pretty rapidly to former national security adviser Susan Rice, Senator Tammy Duckworth of Illinois, and Harris. Rice might have had the edge if Biden had thought that he needed a running mate with a reputation for knowing foreign policy, but he probably thinks he has that covered himself: His own foreign-policy background was one of the reasons he was selected to be Barack Obama's running mate in 2008. And Rice had no experience at all in elective politics. Harris had the most — and alone among the three, had run for president herself.

Harris is not an electoral powerhouse. When other Democrats in California were winning comfortable victories, she struggled in her 2010 race for attorney general. Her presidential campaign started out strong but then fizzled. She hammered Biden over his opposition to busing in the 1970s, and then had to admit that she did not want to bring it back herself. She pinballed back and forth on healthcare. But she still had the best political credentials of the group Biden was considering.

In choosing her, the Biden campaign is acting as though it is comfortably ahead. It does not need to shake up the race; it needs to avoid big mistakes. That is basically an accurate assessment, and it pointed towards picking Harris. Given the circumstances, and especially the demographic pledge Biden had made, she was the safest option. And while there is much in her career to dislike, such as her atrocious record on civil liberties, it is worth taking a moment to appreciate the fact that a woman with Black and Indian heritage can be considered a safe pick.