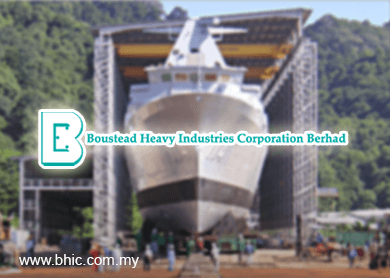 One is for the supply and delivery of spares, maintenance and training of the Bofors 57mm gun for the Royal Malaysian Navy for a value of RM15.6 million, over a period of three years.

The second contract was awarded to Boustead Naval Shipyard Sdn Bhd (BNS), an associate of BHIC and a subsidiary of Boustead Holdings Bhd, for the supply and delivery of spares, maintenance, integrated logistics support and training for the 17th patrol vessel squadron of the Royal Malaysian Navy.

This contract, valued at RM96.3 million, will be for a period of three years. Both contracts will be formally signed at a later date.

In a statement to Bursa Malaysia this afternoon, BHIC (fundamental: 0.45; valuation: 1.8) said following the receipt of the award, BNS has agreed for BHIC Navaltech Sdn Bhd (BNT), a wholly-owned subsidiary of BHIC held via Boustead Penang Shipyard Sdn Bhd, to undertake the administration and implementation of the contract.

"Accordingly the company wishes to announce that on March 19, BNS issued a letter of award to BNT to formalise the award of the sub-contract for a period of three years, effective March 19, at a contract price of RM94.37 million," it said in the filing.