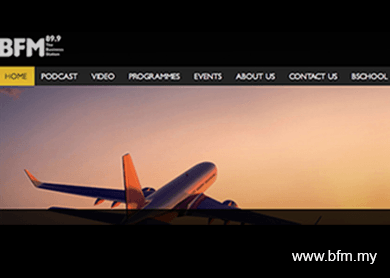 KUALA LUMPUR (Mar 20): Business radio station BFM has taken down a video clip about the Kelantan hudud law after the host was threatened with death and rape over social media.

Some of the commentators said Aisyah, a Muslim, had gone against the faith and should be killed or raped.

The video on YouTube, which was produced by BFM Media in collaboration with Projek Diolog, was aimed at providing “a satirical commentary” on whether the implementation of hudud should be the Kelantan government’s top priority.

“However, judging by the comments we received on various sites it is clear that some of our audience understood us to be questioning the desirability of hudud. In fact we had no intention to do so,” BFM said in a statement.

“We merely asked that our audience should consider legitimate questions around its implementation. We wish to apologise if any offence arose.

“We have taken the decision to take down the video in view of the offence it might have caused.”

In the video, Aisyah said religion was being used to divert the people’s attention from more important issues, such as the economy and administration.

She also questioned the condition of flood victims in Kelantan, as well as the rising number of divorce cases, drug use, and consumption of pornography in the state.

“When the time comes, I do not know if hudud can fill our rice bowls,” she said, in Malay.

Many social media users were enraged by the video, after it was shared by popular Facebook pages such as Sukan Star TV, Kelantan Story and Jj Stall Story.

“Someone look for her Facebook or her address or her phone number… I really want to meet her,” wrote Facebook user Hazwan Mahari, to which another person called M Saiful Nidzam replied: “Me too… I really want to slaughter this pig.”

Rb Zana said: “Make her apologise openly. Or just cut off her head because she has renounced her faith.”

Farah Leeza said she would kick Aisyah if she saw the host on the streets, while Tari Tari said he would hit her across the mouth.

However, BFM said that Aisyah had not written the script and the views in the video were not her own.

“We wish to state that Aisyah Tajuddin is merely a stand-in cast member of the video and is not its regular presenter. She is not the author of the script and so the views of the video are not a reflection of her personal stance on the issue,” it said.

“We wholly and unreservedly condemn the vile and vicious threats that have been levelled against Aisyah Tajudin. Such threats are not only against the laws of our country, but have no place in a society that espouses peace and tolerance.”

Yesterday, the Kelantan state assembly unanimously passed the Shariah Criminal Code II 1993 (Amendment 2015) which would bring the PAS-led state government one step closer towards enforcing hudud in the state.