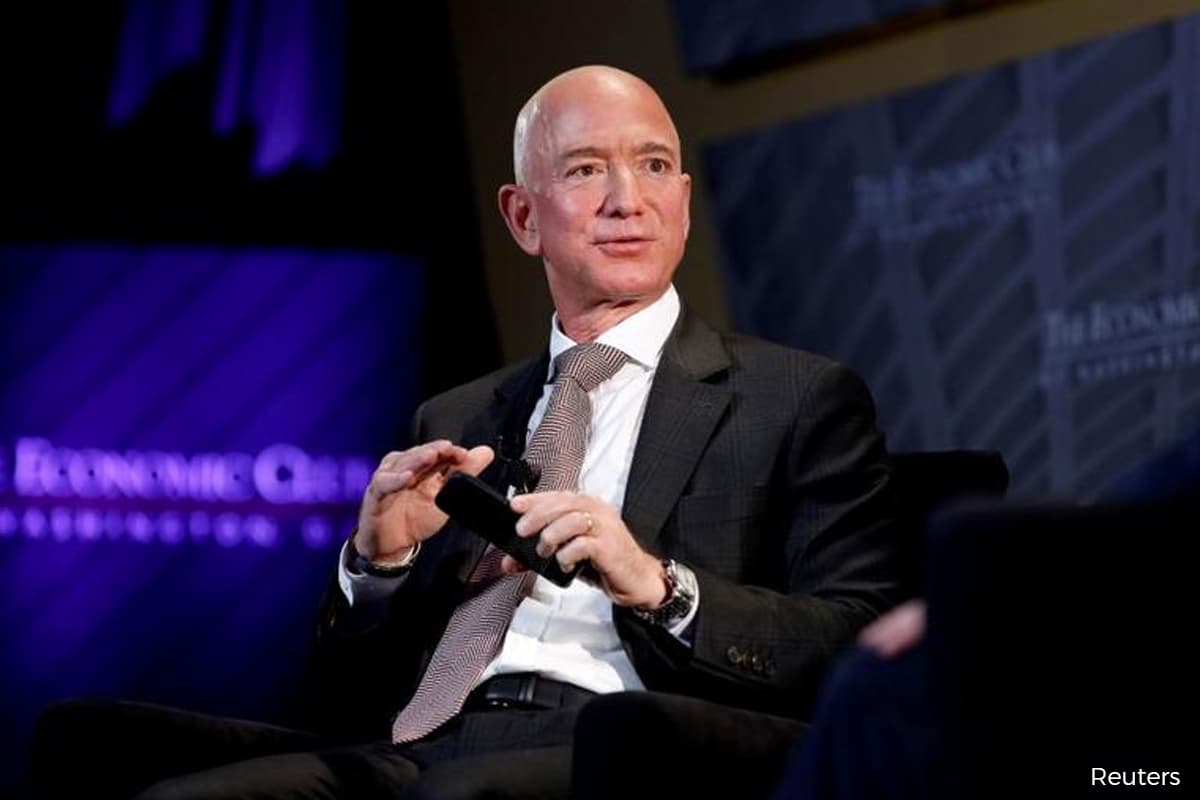 (Feb 17): Elon Musk’s reign as the the world’s richest person was brief.

Tesla Inc. shares slid 2.4% on Tuesday, erasing US$4.6 billion from its chief executive officer’s fortune and knocking him from the top spot on the Bloomberg Billionaires Index ranking.

Jeff Bezos, who’d held the title for more than three years until last month, reclaimed his No. 1 position with a net worth of US$191.2 billion, or US$955 million more than Musk.

Musk’s drop ends -- for now -- an almost six-week stint as world’s richest person that saw him front and center in some of the biggest market events so far this year. He fanned the flames of the Reddit-driven GameStop Corp. rally and sent the shares of Etsy Inc., Shopify Inc., CD Projekt SA and Signal Advance Inc. soaring with boosterish tweets.

Recently he’s roiled the price of Bitcoin and even Dogecoin, a lesser-known cryptocurrency that Musk spiked with a tweeted meme earlier this month. Bitcoin meanwhile blew past US$50,000 days after Tesla revealed plans to hold US$1.5 billion of the cryptocurrency on its balance sheet. Still, despite Musk’s seemingly constant social media presence, Tesla shares have slid almost 10% from a Jan. 26 peak.

It’s been an eventful stretch for Bezos as well. He resumes the mantle of world’s richest person as he’s about to cede a title of his own. Amazon.com Inc. announced this month that Bezos will down step as CEO of the e-commerce giant in the third quarter to focus on other projects. Bezos owns space exploration company Blue Origin as well as the Washington Post and has accelerated his philanthropic giving in recent years. Amazon shares have climbed 53% in the past 12 months.

It may not be long though before Musk leapfrogs Bezos once again.

Musk’s SpaceX, a rival to Bezos’s Blue Origin, has been in talks to raise funds that would significantly increase its valuation. SpaceX completed the US$850 million funding round last week at a $74 billion valuation, about 60% higher than its prior round, according to CNBC, which cited people familiar with the matter.