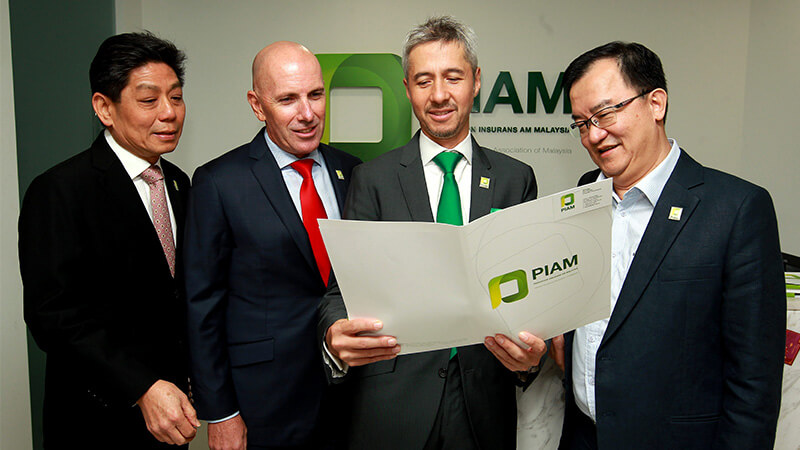 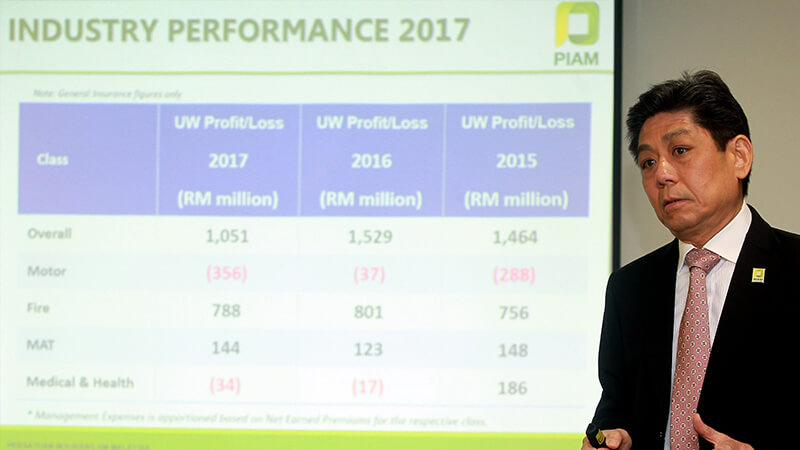 Lim: The industry was affected by drops in MAT and personal accident insurance, as the oil and gas sector remained weak. Photo by: Mohd Suhaimi Mohamed Yusuf 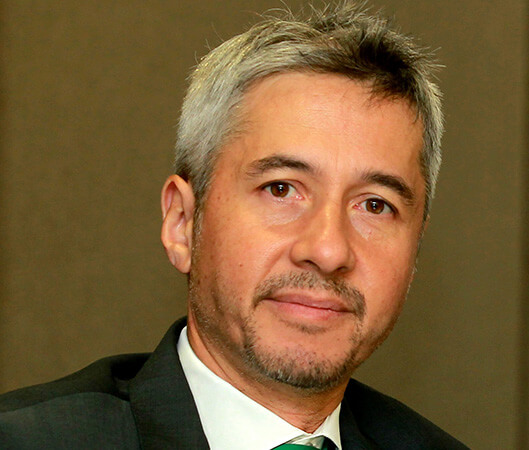 Lee said PIAM expects the industry to see "a little bit of growth in GWP but not a lot". Photo by: Mohd Suhaimi Mohamed Yusuf

"Last year (2017) was a challenging year for us due to the reflection of the economy. We had a difficult first half but in the second half, we turned better," said the General Insurance Association of Malaysia chairman Anthony Lee Foo Weng during the industry's 2017 results briefing here today.

The association is also known as Persatuan Insurans Am Malaysia (PIAM).

"The industry was affected by drops in MAT and personal accident insurance, as the oil and gas sector remained weak," he said.

On the other hand, motor insurance premiums grew 1.9% to RM8.32 billion from RM8.16 billion in 2016, maintaining its dominant market share of the general insurance market at 47.1%.

Lim said fire insurance, the second largest segment with a share of 19.3%, posted a 4.2% year-on-year growth to RM3.41 billion.

Insurers, said PIAM, paid about RM14.7 million daily for motor claims on property damage, bodily injury and vehicle theft. "Motor insurance claims went up 7% in 2017 from 5% in 2016. This is a very high number," Lim shared.

Separately, medical and health insurance recorded higher losses of RM34 million in 2017 against RM17 million in the previous year.

"The motor and medical and health insurance classes have incurred higher losses so it had impacted the financial performance of the industry," he said.

Lee said PIAM expects the industry to see "a little bit of growth in GWP but not a lot".

"We would be happy if we get the lowest side of single-digit growth in the range of 0% to 3%. If we get up to 3% growth in GWP, it means we are doing very well but it depends on the upcoming GE14 and economic performance of the country," he said.