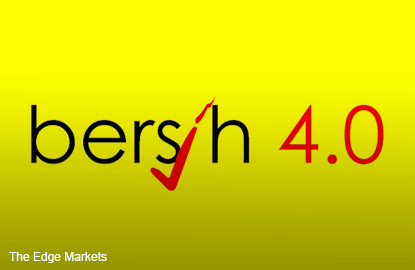 (Aug 19): As Datuk Seri Najib Razak escapes censure from within Umno, some of his party members are not denying the fact that they will quietly join the Bersih 4 rally in Kuala Lumpur at the end of this month to vent their anger at their president.

Sources at the party’s grassroots said the hopelessness that some members feel towards their leadership have overridden their traditional animosity towards civil society group Bersih 2.0 and the opposition, who are the main drivers of the rally on August 29 and 30.

Other Bersih 4 rallies will also be held in Kuching and Kota Kinabalu, while Malaysians in New York and Melbourne have also said they will gather to support Bersih's demands for institutional reform and systemic change.

Bersih chairman Maria Chin Abdullah has also said that the rally can be seen as a vote of no-confidence against Najib, who is also prime minister.

Other Umno grassroots personalities, however, still refute this suggestion, saying that public demonstrations against the president and the top leadership were “not in Umno’s culture”.

The possibility that Bersih's fourth rally might see participation by Umno members was first mooted by political analyst Dr Maszlee Malik, who said he based his theory on the fact that Deputy Home Minister Datuk Nur Jazlan had said he had no problems with the rally.

This was after Bersih 2.0 had extended an invitation to Nur Jazlan, a former Public Accounts Committee (PAC) chairman who has been critical of public sector wastage under Barisan Nasional governments.

If Umno members were to attend Bersih 4, they would most likely be young ordinary members at the branch level who do not hold any posts, said party sources.

Keliang Umno branch chief Mohamad Faizal Abdul Raub said the possibility of members joining Bersih is real, because they have hit a wall in trying to state their complaints against Najib, who has been hit by several scandals.

“It is because they do not see any other way of showing their dissatisfaction towards Najib and his men,” Mohamad told The Malaysian Insider.

Najib is facing a low-level rebellion within his party over his overall management of the economy but especially, his involvement in the 1Malaysia Development Berhad (1MDB) scandal.

Anger towards him peaked when he dropped key Umno leaders, who had been critical of the 1MDB fiasco, in a Cabinet reshuffle last month.

Umno veteran Tan Sri Sanusi Junid said he would not be surprised if party members were driven by their dissatisfaction of the leadership to join Bersih 4.

“I will not be surprised if Umno members put aside their hate of the opposition if they lose hope in their leaders,” said Sanusi, a former Cabinet member during Tun Dr Mahathir Mohamad’s time as prime minister.

“When (Langkawi Wanita member) Anina Saadudin used harsh language towards the leadership, it meant the respect for the leadership has eroded,” Sanusi said, referring to Anina, whose rant against Najib was captured on video and has gone viral.

He said there were even Umno members in Johor who refused cash handouts under the People’s Aid Scheme (BR1M), which shows that the national leadership can no longer buy support.

Sanusi, however, does not think that any of the party’s office holders will turn up at the rally for fear of losing their posts after seeing what happened to former deputy prime minister Tan Sri Muhyiddin Yassin and former Rural and Regional Development minister Datuk Seri Shafie Apdal.

Both had been dropped from the Cabinet because they disagreed with how Najib handled the 1MDB scandal.

Former Puteri Umno leader Haziqah Nasirah Zol Bahari said she has not decided whether to join the rally but said she respected Bersih 2.0’s right to hold the gathering.

“I respect the right to assemble peacefully as it is in the Constitution and is a democratic practice. Even if I do not go, I respect those who are going,” said Haziqah Nasirah.

Other grassroots leaders, such as Anina, ruled out the possibility of them attending the rally despite being disgusted with their leaders.

“(The idea) is only opposition provocation to draw the public into supporting Bersih 4. I am confident that no Umno leaders will be involved to give moral support to the opposition or the organisers.”

Syed Ali said Umno leaders were mature enough in facing political crises and that street demonstrations were not their way of showing their discontent towards their party bosses.

“If there is any protest against the president and prime minister, it is done through proper channels. Umno leaders will never get caught up in Bersih’s crazy political games,” Syed Ali added. – The Malaysian Insider