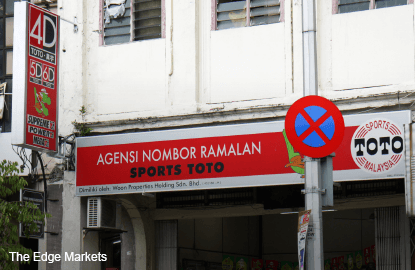 BToto owns 88.3% of Berjaya Philippines, which in turn owns PGMC.

We view the extension positively as we had previously thought that the gaming concession would not be renewed upon expiry. Without the concession, we estimate that BToto’s operating profit would fall by 10% to 15% annually.

Although the gaming concession has been extended, we do not know if the terms of the renewed agreement are the same as in the previous agreement. Hence, we are uncertain if the percentage of sales received is still the same.

Also, there are other players in the lottery market although the gaming concession is supposed to be exclusive for PGMC in Luzon.

Most of Berjaya Philippines’ earnings come from PGMC’s gaming concession with the Philippine Charity Sweepstakes Office.

Berjaya Philippines receives a percentage of the sweepstake sales. Apart from the gaming concession, Berjaya Philippines is the franchise holder for Mazda cars and Papa John’s Pizza in the country.  It also owns and operates the Berjaya Makati Hotel in Makati City.

We maintain “hold” on BToto with an unchanged fair value of RM3.40 per share. 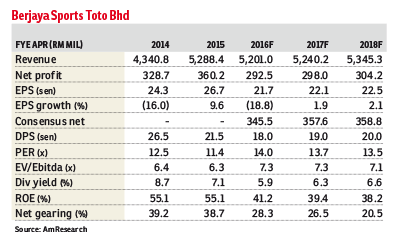