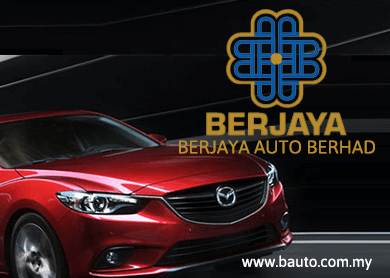 KUALA LUMPUR (June 12): Berjaya Auto Bhd rose as much as 24 sen or 7% on its fourth quarter and full-year profit rise from a year earlier. The automobile distributor also declared dividends of six sen a share for the quarter ended April 30, 2015 (4QFY15).

Berjaya Auto declared total dividends of six sen a share in 4QFY15. These comprise a single-tier interim dividend of 2.75 sen and special single-tier dividend of 3.25 sen.

The 4QFY15 dividends bring full-year dividends to 14.6 sen a share against 5.25 sen a year earlier.

The TP downgrade came with an unchanged "buy" call for the stock.

"We revised our TP on potential margin erosion for FY16 as Berjaya Auto may resort to promotions and discounts to maintain market share," the analysts said.