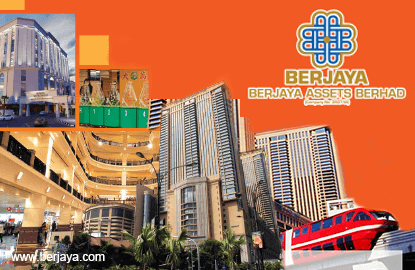 This article first appeared in The Edge Financial Daily, on July 11, 2016.

KUALA LUMPUR: Tan Sri Vincent Tan Chee Yioun’s Berjaya Assets Bhd is looking at a potential sale of a freehold land in Imbi for some RM130 million. Measuring 41,990 sq ft, the land, located next to the integrated Berjaya Times Square commercial development, was acquired 22 years ago.

It is situated at the intersection of Jalan Imbi and Jalan Pudu and is held by Berjaya Assets via its wholly-owned unit Berjaya Times Square Sdn Bhd. Up until recently, the Sultan of Johor, Sultan Ibrahim Sultan Iskandar, had a 20% stake in Berjaya Times Square. The Sultan bought the stake in late 2013.

A recent advertisement indicating the location of the parcel shows that Jordon Lee & Jaafar Sdn Bhd (JLJ) has been appointed the exclusive marketing agent for the plot. The advertisement stated that the sale would be by way of expression of interest (EOI). The closing date for the EOI is August 1, 2016.

An EOI is different from a sale by tender as it is generally non-binding. For example, an EOI allows both parties to not proceed with the deal. Interested parties also need not put in an offer price. Instead, they can write in that they are interested and negotiate a deal later. In comparison, once an offer is made via tender, the offer cannot be changed.

According to Berjaya Assets’ 2015 annual report, the plot, which carries the address No 1, Jalan Imbi, Kuala Lumpur, was purchased on July 8, 1994, the same date the Berjaya Times Square land was purchased. There appears to be an office building located on the site now. This plot also faces the planned Bukit Bintang City Centre project.

Yap was also quoted as saying that the parcel had obtained an approval in principle for serviced suites or serviced apartments, and is just one step away from securing a development order.

Using a back-of-the envelope calculation, the gross development value of the planned serviced suites, should it take place, may be an estimated RM670 million.

Berjaya Assets started the process to obtain planning permission from Dewan Bandaraya Kuala Lumpur as far back as September 2014. At that time, it was planning to build a 46-storey serviced suite block.

More recently, in January and February this year, it was revealed that a slightly shorter 40-storey block, with 624 units of serviced suites, had been proposed.

In the nine months ended March 31, 2016, Berjaya Assets posted a revenue of RM288.77 million, down 6.4% from RM309.54 million previously. Profit after tax for the period dived to RM11.09 million, from RM66.6 million in the previous corresponding period, due to higher operating expenses in the property development and property investment segment, hotel and recreation business, and higher finance cost.