Benalec’s subsidiary is served with writ of summons 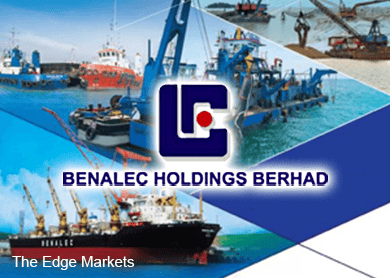 KUALA LUMPUR (May 7): Benalec Holdings Bhd’s wholly-owned subsidiary Benalec Sdn Bhd (BSB) has received a writ of summons and statement of claim on April 30, filed by Sentosacove Sdn Bhd, due to an alleged breach of agreement relating to marine reclamation works.

In a filing today, Benalec (fundamental: 1.15; valuation: 0.6) said the plaintiff is alleging that BSB had breached its contractual and implied duties under the reclamation agreement, which was entered into by the parties on Sept 10, 2010.

Under the agreement, Benalec was appointed as a contractor to carry out marine reclamation works to reclaim a total area spanning 720 acres in Daerah Klebang, Melaka.

Benalec said it is rigorously contesting the alleged claims and has instructed its solicitors to defend the case as well as to file counter claim(s) as shall be necessary and justified.

Benalec noted that it was unable to ascertain the financial impact of the suit, but will make further announcements on the development of the matter as and when necessary.

Benalec share price has lost some ground recently after it staged a rebound hitting a high of 89.5 sen in early February from the low of 53.3 sen in mid-December last year. The stock closed at 76 sen today, down 1.5 sen or nearly 2% with a market capitalisation of RM619.33 million.