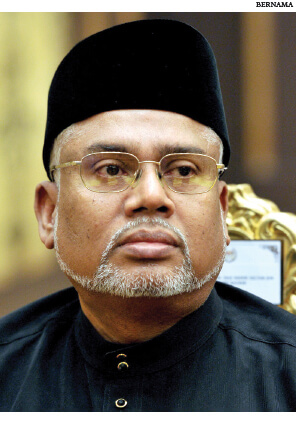 The announcement of a Royal Commission of Inquiry into the scandalous state of the judiciary is the only practical response to the now-ubiquitous affidavit of Court of Appeal judge Datuk Dr Hamid Abu Backer.

The wrongdoings that are alleged in Hamid’s lengthy deposition of Feb 14 include actions that are so vile that they must be aired in a forum that is constitutionally mandated to seek accountability at the highest levels of public office.

Indeed, the alleged crimes, including collusion to defraud the Exchequer and subversion of justice, would corrode trust in public institutions, including the judiciary, so deeply that they may contribute to a severe loss of trust in governance and the rule of law. The ramifications for law and order are rather dire.

The task before the commission is clearly enormous. In the first instance, it must be authorised to get to the bottom of the nefarious actions that Hamid has described and propose appropriate steps to rectify the course of justice, where this appears to have been interfered with.

Secondly, such a commission must be empowered to establish the root causes of the collapse of the separation of powers that enabled such alleged dishonesty and moral turpitude to involve the custodians of the public good.

A further objective which Malaysians may expect the commission to shoulder would be to explore systemic measures that should be taken to foster a culture of integrity in the justice system and the public service on the whole.

While the first and second objectives would focus on correcting past wrongs and reestablishing public confidence in the judiciary, it would be hoped that the commission’s outlook would be directed towards the future by way of the third objective.

No doubt the responsibility of the commission would be weighty enough if it only focused on righting the wrongs that may have been done. Nevertheless, it is to be hoped that the Attorney-General and his advisers, who have been tasked with drawing up the terms of reference of the commission, would not neglect the opportunity to set the country’s justice system on a new path that will establish a strong foundation for an ethical culture in society.

It must be acknowledged that this new direction has become much more feasible since the change of government in the 14th general election and it would be a real shame if the new leaders do not make full use of the people’s mandate to give life to their aspirations for a just and ethical administration.

It is also important to note that some of the commissions that were established under the old order were so restricted in their mandate that they failed to right systemic wrongs.

This time around, it is reasonable to hope for happier outcomes.

Shocking as Hamid’s claims may be, they would not have surprised people who have close dealings with the entities that he refers to in his affidavit. Some of them will have the opportunity to inform the commission about additional instances of supposed wrongful conduct involving the judiciary. The Lawyers for Liberty group has already voiced its willingness to provide evidence of such situations.

The shattering impact of judicial corruption that has been brought home by Hamid’s allegations underlines the sanctity of the judicial office as the last bastion of appeal in the democratic system.

When members of the judiciary betray that responsibility to the public interest, the costs to society can be enormous, as shown in the cases of financial fraud and judicial interference that Hamid refers to.

This is precisely why his affidavit has raised such a storm among the public, as the issues he points out indicate a deeper lack of integrity among influential groups in society.

Here, it is important that all Malaysians take ownership of the problem rather than externalising it as an aberrant behaviour that involves some corrupt officials, businesses and politicians.

Admittedly, the automatic response to such a crisis is to seek the removal of all actors who may have had a role in the alleged misconduct and for appropriate punishment to be meted out to those who broke the law.

These are necessary remedies and an essential part of the catharsis that the country needs.

However, if we go no further, it would not take long for the problems that Hamid encountered to resurface.

This is largely due to our very human vulnerability to the temptations of privilege and personal benefit, among other things, that make us all susceptible to ethical lapses of all kinds at any moment.

But just because it is human, it cannot be condoned in people who occupy positions of public trust. So such lapses are rightly punished when guilt is proven. This system of punitive action is what helps to ensure that the larger interest of society is achieved.

What is relevant here is that while the system of checks and balances must be reestablished for the country to reverse its descent into a culture of corruption, that remedy alone would not be quite effective without internalising an ethical culture.

This means that alongside the enforcement of rules and standard operating procedures that promote transparency and accountability, we need to abide by ethical values that tell us why, for example, an affluent official should not use his influence to obtain a scholarship for his child’s higher education.

By the current measures of acceptable behaviour, however, it would be a long time before such ethical conduct becomes the norm.

Let us get the basics right in terms of promoting a culture of honesty, diligence and shared prosperity without forgetting that we must set a higher standard of ethical living for ourselves in order to populate core institutions of society, including the justice system, Parliament and the civil society with morally sound citizens.