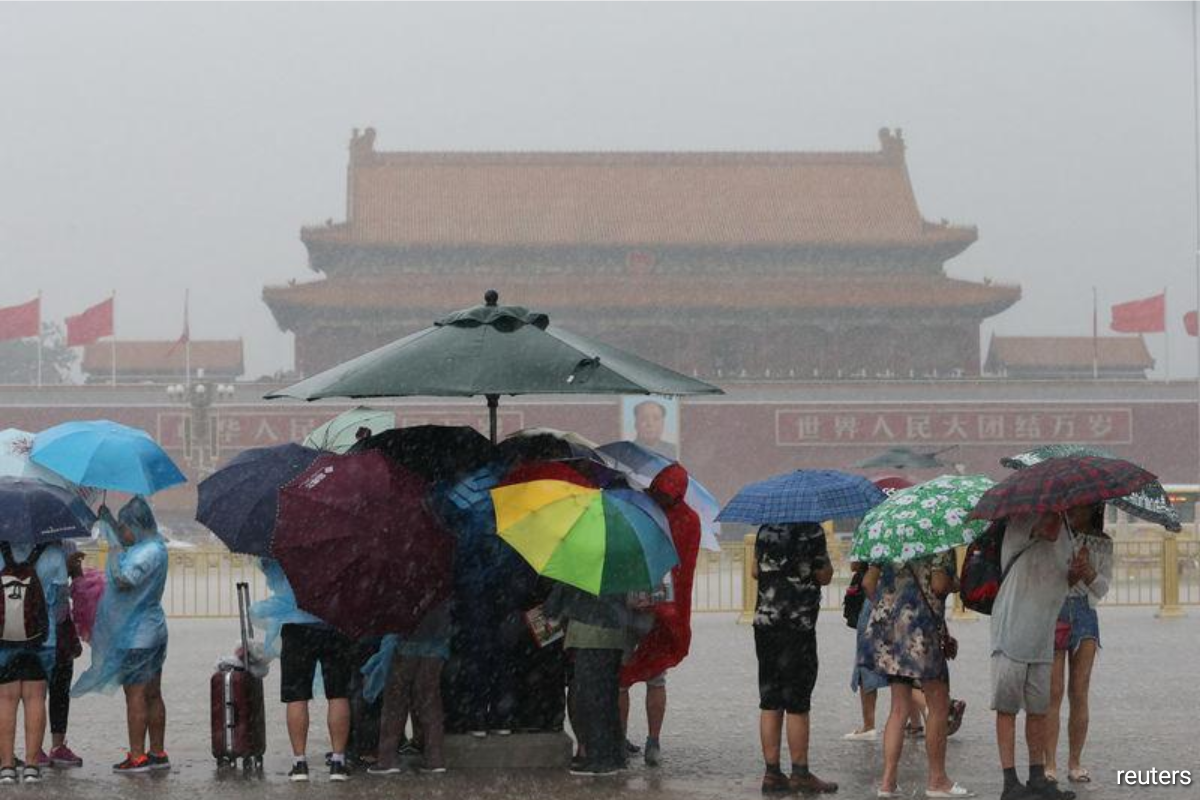 The accumulated rainfall in some areas of Beijing exceeded 150 millimeters, according to a notice that the Beijing meteorological service issued at 7 am Sunday.

The precipitation is expected to continue mainly in western Beijing, with some districts expected to see rainfall of more than 200 millimeters, the service said.

As of 10:52 pm, the number of canceled flights at the two airports reached 385, showed Variflight.com.

More than 10 train line services was temporarily suspended due to the heavy rainfall, said the Beijing Railway Administration.

The Jin'anqiao subway station in western Beijing was flooded and closed to passengers, Global Times reported.