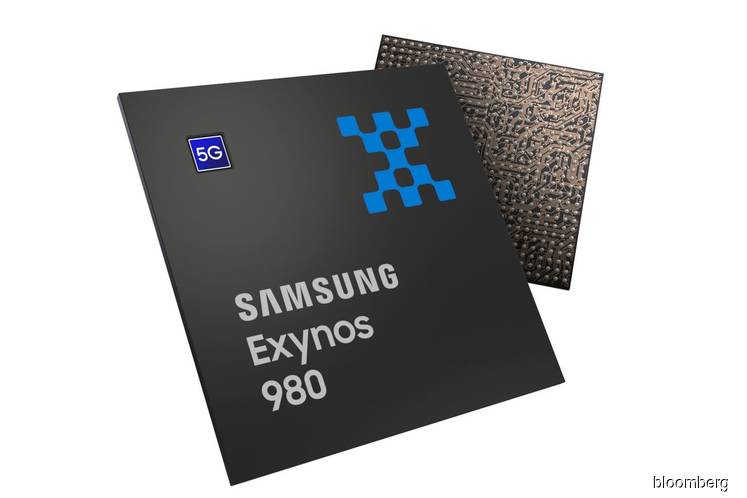 (Dec 23): Technology giants are increasingly designing their own semiconductors to optimize everything from artificial intelligence tasks to server performance and mobile battery life. Google has the Tensor Processing Unit, Apple Inc. has the A13 Bionic and Amazon.com Inc. has the Graviton2. What the titans all lack, however, is a factory to build the new chips they are dreaming up.

Enter Samsung Electronics Co., which is planning a decade-long, $116 billion push for their business. The South Korean company is investing heavily in the next step in miniaturizing semiconductors, a process called extreme ultraviolet lithography (EUV). It’s by far the priciest manufacturing upgrade Samsung has ever attempted, a risky bid to move beyond its established business of cranking out commoditized silicon and to leapfrog the incumbent leaders in the $250 billion foundry and logic-chip industry.

“A new market is opening up,” Yoon Jong Shik, executive vice president of Samsung’s foundry business, said at a forum recently held in Seoul. “Companies like Amazon, Google and Alibaba, which lack experience in silicon design, are seeking to make chips with their own concept ideas in order to boost their services. I think this would bring a significant breakthrough for our non-memory chip business.”

Samsung is a relative underdog in this growing field. The foundry business -- as the manufacturing of chips for companies like Google and Qualcomm Inc. is known -- is dominated by Taiwan Semiconductor Manufacturing Co. with more than half the market, according to TrendForce Corp. data that puts Samsung at 18%.

TSMC also took over Apple’s A-series processor manufacturing from Samsung, which was the original production partner. Samsung plans to spend about $10 billion per year on equipment, research and development over the next decade, but TSMC is even more ambitious with capital expenditure of around $14 billion for this year and next.

“It is not just a matter of willingness,” said CW Chung, head of pan-Asia technology at Nomura Financial Investment Co., in assessing Samsung’s chances of success. “Chip-making is like a composite art. Unless there are enough supports for all-round social infrastructures, it’d be a scarcely achievable goal.”

To win over clients, top Samsung executives are touring major cities from San Jose to Munich to Shanghai, hosting foundry forums and negotiating deals. ES Jung, president and general manager for the foundry business, is the frontman delivering Samsung’s “can-do” spiel at every gathering, where his practiced joke is to suggest that his initials stand for “engineering sample.”

“The complexity of the lines drawn by the EUV equipment is similar to building a spaceship,” said Jung while unveiling a $17 billion EUV plant in Hwaseong earlier this year, flanked by Samsung heir and de-facto boss Jay Y. Lee and South Korean President Moon Jae-in. The fab is planned to start mass production in February 2020.

A single EUV machine from ASML Holding NV costs $172 million and Samsung is setting up dozens of them in Hwaseong in an effort to be first with the technology. TSMC and Samsung are both expected to reach 5-nanometer production processes with EUV in the new year, which means they’ll have only each other to compete with in a market that’s only set to expand. And once they ramp up and achieve economies of scale, the overall process cycle time is likely to decrease by 20% and the foundry capacity output will increase by 25%, according to a Citigroup Inc. research report.

“TSMC is too busy with orders pouring in for new products as we enter into the 5G era,” said Greg Roh, senior vice president at Hyundai Motor Securities. “For Samsung, that’s bringing a good chance to expand their market share by offering lower prices and delivery schedules to meet clients’ needs.”

Samsung is collaborating with major clients on designing and manufacturing custom chips and that work is already starting to add to its revenue, according to one Samsung executive who has direct knowledge of the matter. The push toward bespoke processors in Silicon Valley and China is opening up fresh opportunities and Samsung already has established relationships, as demonstrated by its recent announcement that it’ll produce an AI chip for Baidu Inc. early next year.

Officials at Samsung believe the company has a competitive edge from its experience building both the chips and the devices that they go into. It is thus able to foresee and address the engineering requirements of its clients. Samsung believes its other trump card is an ability to package memory and logic chips into a single module, improving power and space efficiency. Analysts do warn, however, that some companies are wary about outsourcing production to a direct competitor in the consumer electronics market -- lest Samsung learns and copies their chip designs in its own products.

“Ultimately, the success of Samsung’s logic chip business depends on its market positioning,” Hsu said. “On the foundry side, Samsung needs to eliminate its clients’ suspicions of Samsung LSI being a potential competitor.”

Samsung is reaching out to smartphone-making rivals and has already agreed to sell 5G Exynos chips to Vivo. At the same time, it’s going to be manufacturing Qualcomm’s 5G mobile chipset using the same EUV process. On yet another front, the company is competing with foundry customer Sony Corp. in the growing market for image sensors, having this year unveiled an unprecedented 108-megapixel camera for smartphones. “I think Samsung’s CMOS image sensor business will continue to do well, riding on the industry boom,” said Bloomberg Intelligence analyst Anthea Lai.

If Samsung can move ahead technologically, it should find no shortage of customers for its varied semiconductor offerings. Though China is increasingly turning to domestic suppliers for all things tech, the greater efficiency of EUV chips may be key in helping Samsung solicit business from the world’s second-biggest economy.