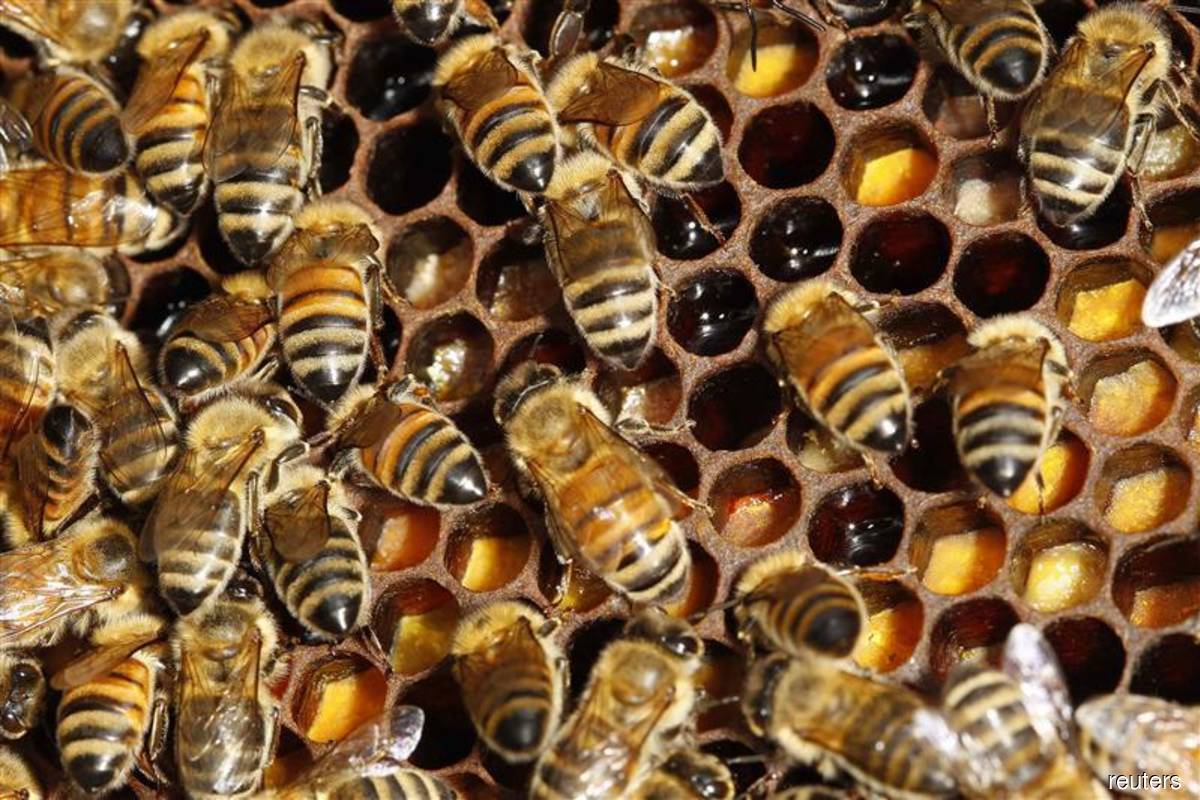 KUALA LUMPUR (Sept 9): At least 15 bee-related start-ups have raised funding in the past couple years, as bee-related businesses have been seen as offering both environmental benefits and some potentially good returns.

In a report on Thursday (Sept 8), Crunchbase — which tracks trends, investments and news of global companies from start-ups to the Fortune 1000 — said that collectively, they’ve brought in over US$165 million (RM742 million) to date for business models that range from artificial intelligence (AI)-enabled robotic beehives to biotherapeutics for ailing bees.

Crunchbase said the largest funding recipient by a long shot is Beewise, an Israeli company that makes robotic beehives that allow beekeepers to remotely care for their hives and bees.

Founded in 2018, Beewise has raised around US$119 million to date, including an US$80 million March Series C round led by Insight Partners.

It said they’re even equipped with AI-enabled technology that can identify when a colony could be preparing to swarm and adjust conditions to prevent it. Beekeepers also get alerted when a honey container is full, helping to automate the harvest process.

Beyond high-tech beehives, funded start-ups are also focusing on tools for farmers to optimise the pollination process.

In this vein, BeeHero has raised US$24 million to date for its “pollination as a service” offering, which adds a dose of data science and sensor networks to the old-fashioned business of getting bees to do their thing.

Another start-up, Los Angeles-based Beeflow, has raised US$12 million to create and manage pollination programmes for farmers, with an eye towards increasing crop yields.

Crunchbase said while honeybee levels remain robust due to commercial cultivation and wild populations, the same can’t be said for native bees.

Pesticides, disease, habitat loss and climate change are all causes for population declines, but scientists said competition with honeybees may also play a role.

Faced with these problematic dynamics, some entrepreneurial types are focusing on making honey without bees.

This is the aim of Oakland-based MeliBio, which closed on a US$5.7 million round in March. It rolled out its first offering, a plant-based honey, in October, and said the product “looks, tastes and acts like bee-made honey”.

Another start-up, The Single Origin Food Co, is also promoting a “vegan un-honey” among its product offerings.

The company, which raised US$1.1 million to date, pitches its product as pro-animal rights, attesting that: “No animals, regardless of size, deserve to be exploited for their labour.”

To this end, it said Athens, Georgia-based Dalan Animal Health has secured US$1.9 million in seed funding to develop vaccines and biotherapeutics to improve the health and productivity of honeybee colonies.

In particular, Dalan is targeting American Foulbrood, an ailment it describes as “among the most devastating of bee bacterial infections”. Its vaccine technology exposes queen bees to inactive bacteria, which enables the larvae hatched in the hive to resist infection.

Vatorex, a seed- and grant-funded upstart out of Zurich, is focusing on the varroa mite, a major threat to honeybee populations.

The company said its chemical-free solution eradicates the mites and the viruses they spread, without causing harm to bees, according to the report.