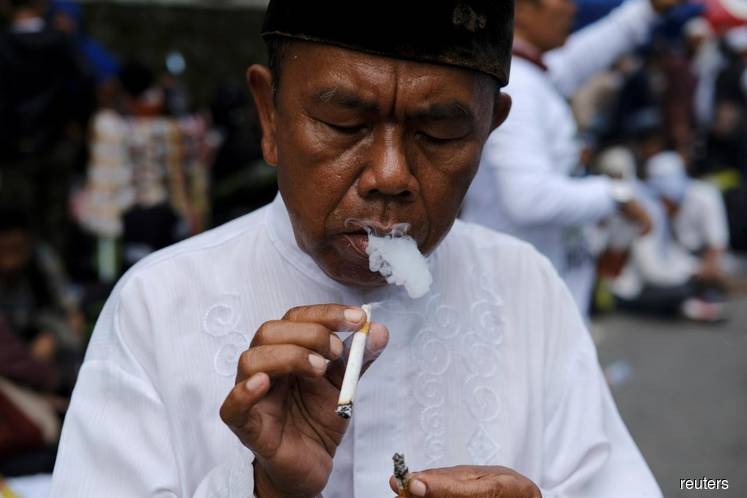 KUALA LUMPUR: The prices of beer and cigarettes are about to go up nationwide as brewers and tobacco manufacturers pass on the 10% sales tax to consumers.

Both Heineken Malaysia Bhd and Carlsberg Brewery Malaysia Bhd (Carlsberg Malaysia) have announced that they are raising the prices of their beer following the reintroduction of the sales and services tax (SST) on Saturday.

According to Carlsberg Malaysia managing director Lars Lehmann, the company — whose brands include Carlsberg, Asahi Super Dry and Kronenbourg 1664 — has made a 5.5% adjustment on its products’ prices to distributors effective Sept 1.

“We expect the implementation of the SST will impact consumer spending on beer negatively, especially in on-trade exposed to double taxation from both 10% sales tax on products at manufacturer level and 6% service tax at retail level such as restaurants and bars with yearly revenue above RM1.5 million,” Lehmann told The Edge Financial Daily.

However, he is unable to estimate the exact impact on the company’s sales yet.

For Heineken Malaysia, the price increases on its products will take effect beginning Sept 17.

Its finance director Szilard Voros was recently reported as saying that the new prices of Heineken products post-SST will still be cheaper than that during the goods and services tax (GST) regime.

Last Tuesday, at the group’s briefing on its results for the first half of 2018, Voros said he did not expect the SST to have a big impact on the brewer’s volume growth.

“We believe consumer sentiment will continue to be on a high level. Under the SST we don’t expect a big impact, but it will open up a [price] gap between [legal beer and] contraband beer. This is something we have to be careful about,” he said.

In a statement last Friday, BAT Malaysia managing director Erik Stoel said as the SST for cigarettes had been gazetted at 10% as of last Wednesday, the company would be required to increase cigarette prices. However, the quantum of increase was not disclosed.

“For the tobacco industry, a sales tax of 10% is higher than the previous 6% GST,” he said.

Stoel noted that it also implies a double taxation as the SST will be levied inclusive of the high levels of excise, which the tobacco companies currently contribute to the government.

“Unfortunately, this will leave us no other choice, but to consider an increase of the consumer prices to reduce the estimated negative impact on our business performance and to compensate for the differential in tax between SST and GST,” he added.

Last Thursday, JTI Malaysia, whose brands include Winston, Mevius and LD, also announced an impending increase in cigarette prices for all the brands that it distributes in Malaysia with the introduction of the 10% sales tax.

Its managing director Cormac O’Rourke has also expressed his disappointment that the government is not reverting to the 5% sales tax rate, which was imposed before the GST introduction.

“The introduction of sales tax at 10% for tobacco products in Malaysia translates into a price increase for all our cigarette brands taking into account the incremental rate differential from the previous GST rates levied on cigarettes,” said O’Rourke.

Philip Morris (Malaysia) Sdn Bhd managing director Kang Tae Koo said the company, together with other members of the tobacco industry association, is currently in consultation with the government on the implementation of the SST.

“We hope that the impact will not further exacerbate the illicit cigarette trade situation, which is at an alarming level of 58%,” he told The Edge Financial Daily.

Government urged to put off plan for excise tax increase

With the already high excise duties, coupled with the reintroduction of the SST, it is unsurprising that alcohol and tobacco players are under pressure by the growing contraband beer and illicit cigarettes in the market.

Hence, they are hopeful that the government will put off making a decision to raise the excise tax on beer and cigarettes as it seeks to fill its coffers.

“With the implementation of SST, the price gap between legal beer and contraband beer grows bigger, which increases the risk of contraband growing at the expense of legal beer,” said Carlsberg Malaysia’s Lehmann.

“This is to the detriment of legal businesses and the government’s revenue collection. We believe only stronger enforcement by authorities can limit this negative impact,” he added, noting that the excise duty on beer in Malaysia is already the third highest in the world.

“We are hopeful that the government will not impose any further increase on excise duties on top of the SST. It will lead to a dramatic increase in contraband beer, which is already accounting for some 25% of beer consumption in Malaysia.

“Rather, we urge the government to further intensify its efforts in combating the smuggling activities to protect local law-abiding beer manufacturers and avoid losses to the government’s absolute tax collection,” said Lehmann.

BAT Malaysia’s Stoel also hoped that no further tax increases will be announced to the tobacco industry until the illegal trade problem in Malaysia is fully under control.

“[Already,] we are concerned about the impact that the 10% SST will have on the legal cigarette industry given the high incidence of illegal cigarettes,” said Stoel, urging the government to reconsider the SST imposed on tobacco.

Stoel said the legal cigarette industry is under tremendous pressure and has never recovered from the unprecedented excise tax increase of close to 40% in November 2015, which increased cigarette prices to the existing high prices compared to illegal cigarettes, resulting in the significant decline in legal volumes.

“Like all Malaysians, we were encouraged by our new government’s manifesto, including clear commitments to addressing illegal cigarettes and corruption in the system. Based upon this promise, we urge the government to put in place rapid and drastic interventions to address this massive national issue,” said Stoel.

“Therefore, we urge the government to improve enforcement efforts to address the illegal cigarette trade situation.”

Currently, the retail price of legal cigarettes ranges from RM12 to RM17 per 20-stick pack while an illegal cigarette pack goes for RM3.50 and RM4.\

While other industries such as automotive have enjoyed a boost in sales since the GST was zero-rated from June 1 to Aug 31, alcohol and tobacco players pointed out that they only got a marginal benefit from it.

“The tobacco industry has enjoyed a marginal impact over the three months of GST absence. Where all other industries were allowed to reduce their prices and therefore enjoy the benefit of increased consumption, the tobacco industry obtained a small benefit due to the fact that we were not allowed to pass on the zero GST to consumers,” BAT’s Stoel told The Edge Financial Daily.

“In addition, consumption during this period remained under pressure by illegal cigarettes.

“This small tax reprieve is a fraction compared with the massive value erosion of the legal industry post the 2015 shock excise increase,” he added.

Carlsberg’s Lehmann said while the benefit of the three-month tax holiday for its business has been positive, it was not significant as beer is not a “big ticket” item.

“During the period of June to August, we observed higher sales and believe it was due to a combination of GST removal and the successful Carlsberg’s Probably The Best Football Beer Campaign,” he added.