The beauty and logic of the million-dollar car

SEEN Furious 7 yet? You should. Among the film’s hard bodies and the muscled engines, there’s a sexy little number that stands head and haunches above the rest: It’s called the Lykan HyperSport. The car is a US$3.4 million (RM12.44 million) beast with a top speed of 240mph (386kph) and the face of a raptor. The huge audiences who saw the movie recently won’t soon forget it — even if they’ll likely never see the vehicle in real life.

The Lykan is the first supercar made by a company (W Motors) based in the Middle East (formed in Beirut, with headquarters in Dubai). It’s also among the most expensive production cars ever to go on sale. But it’s not the only land rocket to come out lately that costs more than a million dollars. Far from it.

Over the past decade we’ve seen almost every automaker (that calls itself a true “luxury” brand, at least) produce a contraption with a seven-digit price tag. Sometimes, they get there only by making a one-off with diamond-rimmed headlights and titanium bones, but they get there.

The brands make these cars because people buy them. The past few years have seen an explosion of royals and tycoons around the globe who buy the entire fleet of Aston Martins and Lamborghinis to support their proclivities. Bloomberg has discovered more than three dozen new billionaires in the world since January alone, and more than 300 since 2012. They buy the cars in Los Angeles, Doha, Moscow, Sao Paulo and Shanghai. Some, like hotel tycoon Steve Wynn, buy them to bolster their business interests just as much as their personal life.

For them, it’s not that big a deal.

“The fact of the matter is there are a lot of rich people around the world, and I mean super rich — hundreds of millions of dollars to billions of dollars of net worth,” says Jack Nerad, executive market analyst for Kelley Blue Book. “When you’re talking about these types of people, a million-dollar car isn’t really much of a stretch at all.”

It’s also lucrative for the carmakers, despite the extra work required to specialise in a given automobile. Margins on a standard Ferrari or Lamborghini hover around 15%, and when the price tag on a particular car reaches into seven figures, that amount can increase significantly.

If you have to set up a separate assembly line, it can become expensive to produce an automobile, Nerad says. “But with million-dollar cars, there’s still money to be made.”

The basic rule is that it takes US$1 billion to develop and produce a normal mass-market car. But developing one that’s not accessible to the public can cost less than that because resource needs are narrowed. Plus, it’s easier to recoup the expense when price tags are in the millions rather than, say, US$30,000. That’s true even if a company sells only 300 cars.

These super expensive cars fall into different categories. Some, like the Bugatti Veyron and Lyons Motor Car’s LM2, are truly unique and made in minuscule production numbers. Others are special editions of existing models.

Let’s look at how a Rolls-Royce gets to a million dollars. A base-level Phantom starts at about US$400,000. Then you add custom treatment, which most of them receive: That’s special wood, paint, and leather that can hike the price by hundreds of thousands of dollars. Getting the full-armoured treatment on a sedan can cost almost half a million dollars alone.

That last stage is where a standard Phantom crosses the million-dollar threshold.

“The trend is growing, and it’s driven by bespoke cars like our Serenity,” says Gerry Spahn, Rolls-Royce’s head of communications, referring to the US$1.5 million Phantom it introduced last month in Geneva.

You can probably get speed or strength or comfort in such an expensive car, but not all three.

Then there’s what automakers call a “halo car”. That’s when a brand that makes several different lines comes out with a concept car or ultra high-end superstar that serves a purpose beyond its own price tag. In fact, the indirect monetary benefits of making a halo hypercar are usually more important than direct profit.

High-profile products can make the entire brand shine like a backlit Hope Diamond -— the brilliance associated with the crown jewel car inevitably rubs off onto the less expensive offerings in the fleet. If the cachet is compelling enough, it will deliver cash.

Finally, some automakers don’t want to persuade a broader market to buy their cars. Ultra-niche supercar companies such as Koenigsegg, Zenvo, and the aforementioned Lykan make limited runs of cars whose price tags can soar into the multimillions. They’re selling only to the super rich, and in those cases the exclusivity is a big part of the draw: You can’t drive these cars except on a track, but that’s okay, because no one else can drive them at all.

These efforts are often a gamble — high risk, and not always high rewards. Zenvo, in Denmark, will make only 15 of its US$952,000 ST1 supercars. They’re betting that the top speed of 233mph and 1,104 horsepower will help them sell through the line, at which point the owners estimate they’ll break even. But before the Geneva Motor Show this year, the company had delivered only two and received orders for five more. Then it’ll be a few years before Zenvo can roll a new model off the production floor — a time period when bigger automakers can accomplish all kinds of feats.

Or consider the US$2 million Pagani Zonda, which has a certain flair but has endured persistent criticisms about its high maintenance costs and propensity to break down under even the slightest inclement conditions.

“Exotic cars are fairly unpractical,” says Cars.com’s Mays, in the understatement of the week. “You need a whole garage of things to drive when you own one of these — things that are a bit more rugged. With something like a Pagani, you need real roads and, ultimately, racetracks to stretch its legs.” 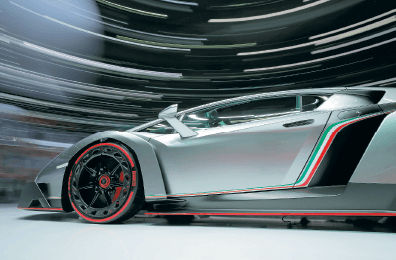