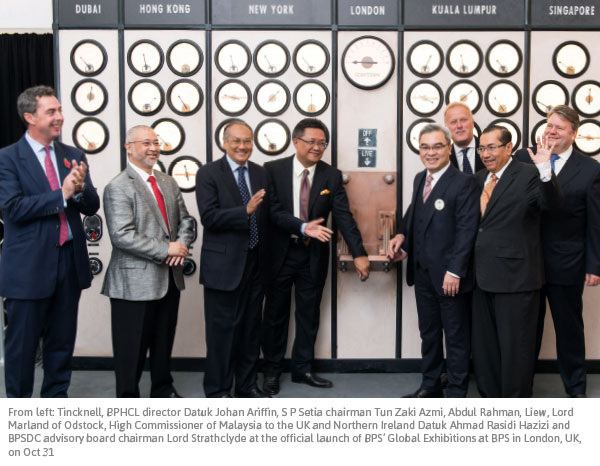 The first wave of public exhibitions is being held in London, Paris, New York, Shanghai, Singapore, Hong Kong and Kuala Lumpur, followed by Dubai on Nov 1. This week, the tour moves to Tokyo, Los Angeles, Beijing, Doha and Milan.

£8 billion (about RM42.2 billion) BPS is owned by the consortium comprising S P Setia Bhd, Sime Darby Bhd and the Employees Provident Fund. The development management of the project is being undertaken by Britain-based BPSDC.

“It is a global launch that has never been done on this scale before. It’s not just about the apartment sales, more importantly, it is about bringing all the brands to London. This is the global launch of BPS’ commercial space — retail, offices and hotels. We want to turn BPS into a world icon. For an investor, BPS is a dream come true and after two years of hard work, we can now say it is Battersea for the world,” Liew said during the launch.

Phase 3A, comprising 539 of the total 1,305 homes designed by Gehry Partners (Prospect Place) and Foster + Partners (Battersea Roof Gardens), also went on sale worldwide following a week of sales for pre-registered and existing buyers in London.

“Having a Malaysian consortium revive BPS — a project that has been long anticipated globally — brings pride to our nation. I would like to encourage more Malaysian developers to take up the challenge of growing Malaysia’s portfolio of international projects. This will not just enhance our country’s image and international standing but also boost our nation’s competitiveness as we take on the best property players in the world in our quest to gain market share,” Abdul Rahman said in his address.

The iconic BPS was designed by Sir Giles Gilbert Scott, who also designed what is now the Tate Modern and brought the red telephone box to London. He was hired by the London Power Company to create BPS, which first produced power for London in 1933. Production of electricity at BPS ended on Oct 31, 1983.

“Launching the global commercial and residential tour today (Oct 31), 31 years to the day the Power Station ceased to produce electricity, is hugely rewarding. I am excited to see how we will build on the Power Station’s brand by housing leading global retail and business brands to create a truly world-class community to live and work in, and an electrifying destination to visit,” said Rob Tincknell, CEO of BPSDC.

The launch in London was streamed live in Singapore, Kuala Lumpur and Hong Kong.

Some 3.5 million sq ft of commercial space is up for lease. There will be 250 retail and food and beverage (F&B) outlets, with the first 40 slated to open in late 2016 in Circus West (Phase 1), while another 115 retail and F&B outlets will be set up in the Power Station. There will also be a 30,000 sq ft fashion hub, and in the Power Station will be a floor with a bespoke mix of F&B brands.

More than 50 large retail and F&B units in Phase 3 will open in 2020 in BPS’ high street designed by Foster + Partners and Frank Gehry. The high street is the southern pedestrian gateway, linking the new Northern Line extension with the rest of the development.

BPS will have over 1.62 million sq ft of office space to lease, including six flexible upper floors of the central Boiler House in the Power Station. According to BPSDC, the total office space in the Power Station is similar to that in The Gherkin in the City of London. The larger-than-average floor plates at around 80,000 sq ft are expected to attract businesses from the creative, corporate, technology and fashion industries.

Leisure facilities will include a 2,000 capacity Riverside event venue, two boutique hotels (60 rooms in the Power Station and 167 rooms in the Battersea Roof Gardens building), an observation lift and viewing platform planned for the North West chimney of the Power Station, cinemas, music venues, members’ clubs, and health and fitness facilities.

As for the apartments, they range from studios to four-bedroom townhouses, and a small number of penthouses with roof terraces and views of the Power Station and the River Thames. Prices range from £495,000 to £3.2 million. Almost all the new homes have a private outdoor space in the form of a winter garden, balcony or terrace. This will be the last residential launch for at least two years. Phase 2 has a take-up rate of 95% since its launch in May, while Phase 1 has a take-up rate of 99%.

According to Liew, the response to the week of sales for pre-registered and existing buyers has been “very, very encouraging” and the goal is to hit a take-up rate of 60% by the end of the day (Oct 31). Musician Sting and his wife Trudie Styler snapped up an apartment in Phase 3 with the intent to make it their London home.

“There are a few other well-known personalities who have bought units, but they prefer to remain anonymous. Sting was very happy to put his name out there and endorse the project. He even made a comment about being a good neighbour,” said Tincknell.

Sting performed at the BPS launch party in New York on Oct 29.

Liew stressed that BPS is not only for famous personalities but also for families.

“We want to create a family environment. The Battersea Park is just across the road and we will create a six-acre park in front of the north entrance as well as a park in Electric Boulevard. This place is meant for families, for those who want to build a home and a life here. Our job is to make sure all the components are in place to the best of our ability. We don’t do ordinary,” he said.

According to Tincknell, some 50% of Phase 1 and 74% of Phase 2 were sold to London residents.

“This gives us an average of 65% sold to the locals. We think this will continue through the project. It’s a much higher percentage than that achieved by other projects in London. We believe this is because the locals appreciate that BPS is a mixed-use and integrated development,” said Tincknell.

BPS is also generating strong interest in its leasing spaces.

“We are telling the world that we are open for business. Now, it’s about picking the right tenants and making sure they gel with what we want to do here. The retail and office space will be kept by the shareholders. We are here to stay and will be part of the society for a long, long time. Our job is to make sure everything works well together,” said Liew.

Upon completion, the 42-acre BPS will have nearly 4,000 homes, over 250 shops, cafés and restaurants, and 18 acres of public space. It is set to become the new town centre and the anchor for the new Nine Elms neighbourhood, which comprises 26 different developments along the South Bank of London. The Northern Line extension will service 18,000 new homes with two new London Underground stations, one of which will be located in Phase 3 of BPS.

Phase 1 of BPS will open in 2016 and upon the completion of the entire development in 2025, it will be home to 25,000 people living and working on-site. With an anticipated 40 million visitors each year, BPS is expected to become one of the largest retail, leisure and cultural complexes in central London, with businesses on-site forecast to contribute almost £1 billion a year to the UK economy in the first 20 years of operation. 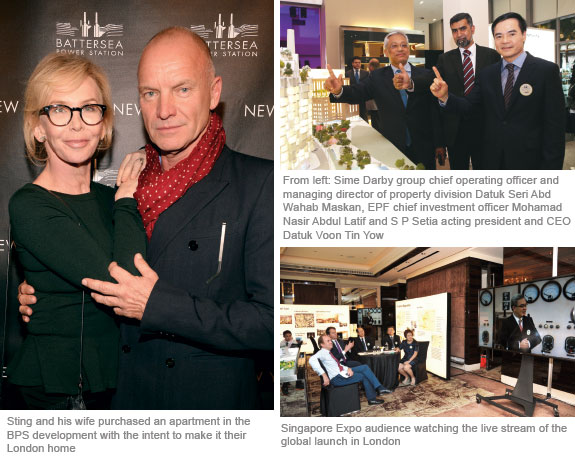