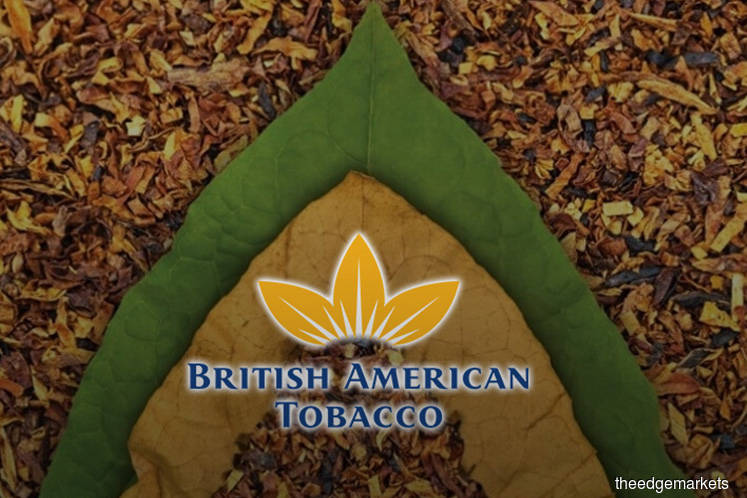 Revenue slipped 2.6% to RM620.96 million from RM637.65 million, its stock exchange filing today showed, due to the causes above, partially offset by sales and services tax (SST)-led pricing benefit and the removal of the goods and services tax.

Quarterly earnings per share dropped to 31 sen from 33.7 sen previously.

The group declared a first interim dividend of 30 sen per share for the financial year ending Dec 31, 2019, amounting to RM85.66 million, payable on June 25. The payout is 3 sen less than the 33 sen it announced in the same quarter last year.

"[The] total legal industry volume declined by 6% when compared to the same period of last year, largely attributed to SST-led pricing and high illegal cigarette incidence of 61%," said BAT.

Meanwhile, the legal cigarette market experienced downtrading from Premium and Aspirational Premium (AP) segments to the Value for Money (VFM) segment, the only growing segment in the legal industry. Rothmans, it said, registered a solid performance in this new emerging segment, growing its share by 1.4% year-on-year.

On prospects, BAT said it remains highly dependent on the effectiveness of enforcement to curb illegal cigarette trade, even as it continues to strengthen its portfolio with high quality products.

"The grim reality facing the legal industry is that while legal players conform to all current and existing regulations governing the industry, there is still a market majority that does not and will not comply to any form of regulations or excise," he said.

Glo's launch continues to be stalled by delay in price approvals
"Another key area that requires urgent and immediate focus is around the introduction of a more consistent regulatory framework to govern the tobacco industry, especially in the new category of Potentially Reduced Risk Products (PRRPs)," said Stoel.

He added there seems to be a lack of consistent application of the law surrounding price approvals which is unjustified as it has delayed the launch of the group's tobacco heated product (THP), Glo.

"In fact, Malaysia is the only market in the world where Glo still awaits a decision by regulators while a competitor product has long been approved and is available on shelves. The delay by the Ministry of Health's Tobacco Control Sector appears unwarranted and gives the impression that BAT Malaysia will not be allowed a fair opportunity to sell its products, despite complying with all prevailing regulatory requirements.

"Should the issue persist, it is likely that this can undermine investments and future earnings.

"The coming quarter will mark a critical period for the business as the outlook for growth remains dependent on how the government will address the levels of illegal cigarettes which [have] reached endemic proportions, and how it applies the current regulatory policies equally to all players especially in new categories like PRRPs," he said.