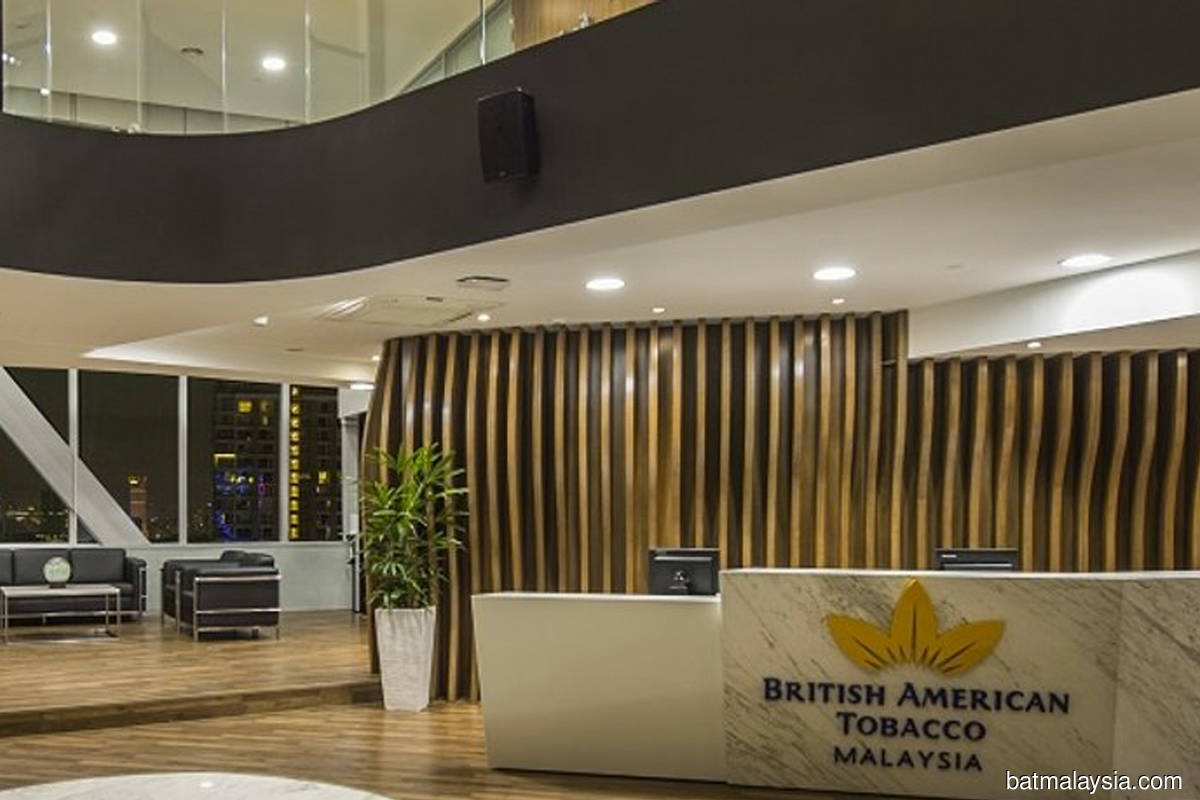 In a bourse filing, the company announced that its 3QFY20 net profit was RM63.74 million, which was up from the RM54.61 million posted in the immediate preceding quarter (2QFY20) while revenue increased 14.81% in the same period to RM627.52 million.

BAT declared a dividend of 21 sen per share versus 29 sen a year earlier, bringing its cumulative dividends for the nine months ended Sept 30, 2020 (9MFY20) to 56 sen. Its latest quarterly dividend is the highest dividend that it has posted so far in its FY20.

"This momentum resulted from Dunhill's continued and stable leadership position within the Premium segment and a robustly positioned portfolio in the VFM (value-for-money) segment that includes the introduction of KYO, which has recorded a positive share of market since launching," he said.

"However, consumer affordability will continue to come under pressure due to the global pandemic, leading to further downtrading in the legal market and the growth of the tobacco and vaping black market," he added.

BAT noted that the declines were attributed to the contraction of the legal market as a result of the illicit cigarette volume, the growth of illegal vaping, market downgrading and lower duty-free sales following Covid-19 travel restrictions.

It stated that BAT's year-to-date performance is overshadowed by the growth of the tobacco and vaping black market, which grew from 69% to 70%.

It pointed out the growing concern over the tobacco black market that has also been increasing over the past quarter, from 60.5% to 64.5% share of the total market.

"This growth of [four percentage points] represents roughly RM80 million loss in government revenue for the quarter. Enforcement efforts are not able to effectively stem this crisis. At the beginning of [3QFY20], the group launched a campaign — "STOP THE BLACK MARKET" — to drive urgent policy change to address this issue. The group sees the only possible approach being one that is holistic, requiring significant enforcement and structural excise reform," BAT added in its results announcement.

He also noted that the upcoming Budget 2021 provides an opportunity for the government to demonstrate leadership to address the issue by tabling broader solutions that include strategic policy changes and taxation reforms.

BAT holds a 52.5% market share of the legal market in Malaysia.

The group stated that the legal domestic industry volume increased by 7% q-o-q following the volume recovery post Movement Control Order and the normalisation of consumer sales and trade inventories in the legal tobacco market.

BAT's volume was up by 14% q-o-q — outperforming the industry growth — due to the sales of its Dunhill brand and the introduction of KYO under its VFM segment.