Barrett hearings are about US election, not law 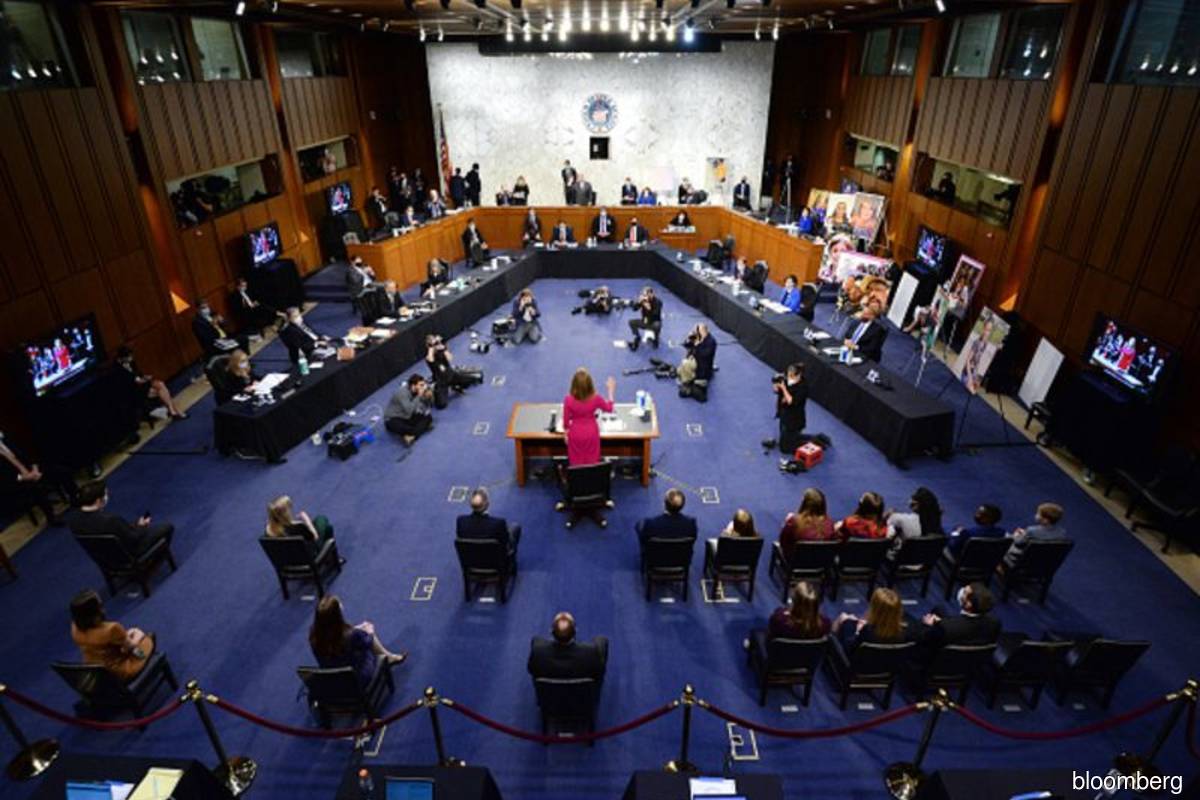 (Oct 13): The Amy Coney Barrett nomination hearings have started and guess what? They’re just as much of an election-year circus as everyone expected them to be.

Back in 2016, when Republicans claimed that nominating and confirming a Supreme Court justice during an election year was a violation of the electorate’s right to choose, they were fond of citing something they called the “Biden rule.” In fact, what Joe Biden said when he was Judiciary Committee chair in the summer of 1992 was that if a vacancy were to arise after his June 25 speech, he would urge President George H.W. Bush to wait to nominate a new justice until after the election, and at any rate he would not hold hearings until afterward.

Why? Because “where the nation should be treated to a consideration of constitutional philosophy, all it will get in such circumstances is a partisan bickering and political posturing from both parties and from both ends of Pennsylvania Avenue.”

Well, judging from the opening statements in these confirmation hearings, Biden knew what he was talking about.

There’s a hook to link the nomination to the ACA. The Supreme Court is about to hear a case that could knock out that law, and Democrats have repeatedly invoked Trump’s own claims that a new justice would help overturn Obamacare. But what Democrats seem mostly interested in is using their high-profile time to give campaign speeches about health care — the single policy question that helps Democrats the most with swing voters.

As for the Republicans? They’re going with a campaign talking point accusing Democrats of attacking Judge Barrett for her religion and of being anti-Catholic bigots. That the Democrats are not actually doing so isn’t slowing them down (nor is the fact that Joe Biden and the Democratic House speaker are Catholics).

After all, some Democrats somewhere and some journalists have mentioned her religious beliefs, so the Republicans act as if all Democrats are running an anti-Catholic campaign. Indeed, Missouri Republican Josh Hawley was particularly creative; he came up with the preposterous claim that a mention of Griswold v. Connecticut, a key case in establishing the right to privacy, was an attack on Catholics.

Beyond that, Republicans trotted out their old talking points about judicial activism, and how judges should interpret the law, not make the law. Whatever the merits of these claims decades ago when they were first used, they’re badly dated now.

After all, it is Republicans and conservatives who are seeking to overturn the ACA and many other laws; it is conservative justices who took apart the Voting Rights Act in the Shelby County case. But parties don’t necessarily change their talking points, which their voters recognize and have come to embrace, and Republican voters have traditionally been motivated by arguments about the Supreme Court. So that’s what Republicans are using today.

This is, in other words, exactly what Biden predicted. It’s not that, for example, Obamacare isn’t important or that Democrats are wrong about judicial threats to it (although see my Bloomberg Opinion colleague Ramesh Ponnuru for an argument that the court won’t strike it down). Nor is the problem that both parties are acting in a partisan and ideological way; these are partisan and ideological nominations, so that’s an appropriate response for both parties.

No, the problem is that with millions of people already voting, both parties are quite sensibly focusing mainly on talking points that are well-coordinated with their presidential campaigns, instead of the dozens of other questions that are usually debated and discussed in Supreme Court nomination hearings. If one of the main points about these hearings is to establish a public record about the court, we’re less likely to get that this time around because everything is going to take a back seat to the presidential election.

That’s a loss. And it’s a loss for no good reason, since there was — and still is — plenty of time to consider the nomination after the election.