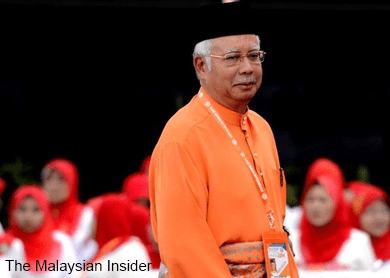 KUALA LUMPUR (Feb 14): The decision to contest and field candidates in the impending Permatang Pauh and Chempaka by-elections will only be made once the Election Commission (EC) has announced the dates, Datuk Seri Najib Razak said.

The Prime Minister, who is also chairman of the ruling Barisan Nasional coalition, said it was premature to make any decision although he acknowledged that Barisan Nasional (BN) fared well in the last two by-elections – Pengkalan Kubor and Teluk Intan.

"BN will make a decision once we get the dates from the EC and after discussing it with the relevant state and branches," he said yesterday, after chairing a two-hour BN supreme council meeting in Kuala Lumpur.

"We will not make a rash decision but will study and plan our strategies accordingly."

It was reported that the EC will only announce the vacancy for the Permatang Pauh seat after receiving a note from the Dewan Rakyat speaker.

Its chairman, Tan Sri Abdul Aziz Mohd Yusof, said it would announce dates for the by-election within 10 days after the seat becomes vacant.

Opposition leader Datuk Seri Anwar Ibrahim was the Permatang Pauh MP. He was convicted of sodomy and sentenced to 5 years in jail earlier this week.

Article 48(1)(e) of the Federal Constitution says that an MP can be disqualified if he is jailed more than one year or fined more than RM2,000 by the court.
Aziz added that Anwar could only contest in an election five years after his release from prison.

The Chempaka state seat fell vacant after the death of its assemblyman, Datuk Nik Abdul Aziz Nik Mat, on Thursday.

Nik Aziz, 84, who was suffering from prostate cancer, died at his residence in Pulau Melaka, Kota Baru, at 9.40 pm.

"We will study it intensively. And, as a coalition, we need to discuss in detail our development and decide if BN will achieve better results," he said of the upcoming polls.

"But we must not discount the fact that we have fared well in the last few by-elections such as in Pengkalan Kubor and also in Teluk Intan."

BN has won four out of the seven by-elections that had been called for after the 13th General Election, including Kuala Besut, Balingian, Pengkalan Kubor and Teluk Intan.

Najib refused to comment on whether BN would consider a walkover in Chempaka, to allow PAS to retain the seat in honour of Nik Aziz.