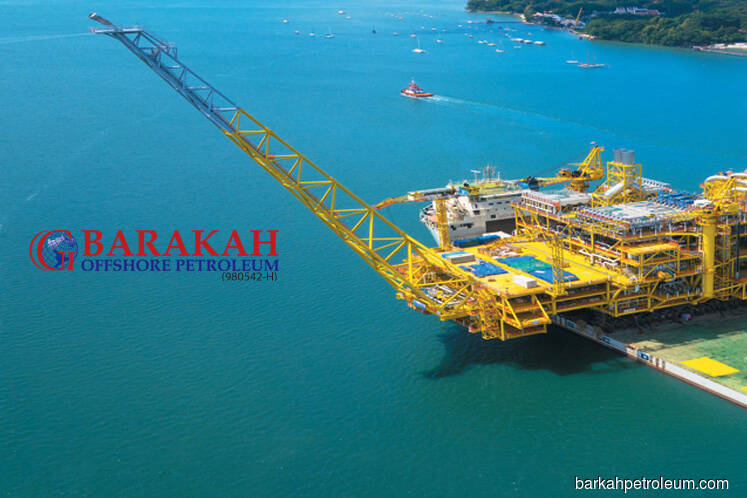 In a filing with Bursa Malaysia today, Barakah said its wholly-owned subsidiary PBJV Group Sdn Bhd had received a letter of award from Petronas Gas for the project.

The scope of the contract includes inspection, testing, repair and maintenance of the pipes and related infrastructures to maintain the pipeline integrity.

It added that the contract was for two years from Dec 1, 2015 to Nov 30, 2017, with an option to extend for another year. The contract has since been extended by Petronas Gas until Nov 30 this year.

Year to date, PBJV Group has received total work programmes for the contract to the value of RM133 million, which will be executed within this year.

"The work programmes received for the contract are expected to contribute positively towards the earnings and net assets per share of Barakah Group for the current financial year ending Dec 31, 2018," Barakah added.

SSGP is a network of onshore pipeline that link Sabah Oil and Gas Terminal in Kimanis, Sabah and Petronas LNG Complex in Bintulu, Sarawak. The length of the pipeline is 512km.