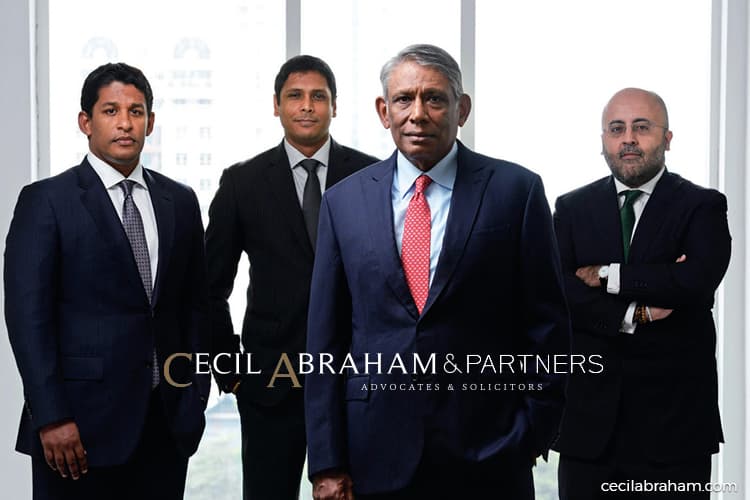 A five-man bench led by Chief Justice Tan Sri Richard Malanjum dismissed the Bar's final appeal on the grounds that there is not enough evidence to prove that Abraham is liable for misconduct.

However, the judgment was pronounced by a four-member bench pursuant to Section 78(1) of the Courts of Judicature Act as Balia had retired last week.

Wong, when delivering the ruling, said the standard of proof in this case is beyond reasonable doubt as it concerned the misconduct of a solicitor.

"Having gone through the evidences and submissions, we are of the view that there is no merit in the appeal and the application is hereby dismissed," he said.

Wong stressed that based on the circumstances, a reasonable tribunal would have come to the same conclusion that Abraham is not guilty of misconduct.

He said the apex court also found that there was no blatant error in the application of law.

Hence, the apex court decided to uphold the findings of the Advocates and Solicitors Disciplinary Board (DB) and two lower courts, clearing Abraham of professional misconduct.

Abraham's lawyer Rishwant Singh requested that the Bar pay costs of RM150,000 to his client, but the apex court agreed with the Bar's position that no costs should be awarded as the Bar was merely performing its statutory function and duty.

Lawyer Datuk Bastian Pius Vendargon, who appeared for the Bar, said the matter has now come to the end.

In the originating summons, the Bar is seeking to set aside the DB's decision dated March 11, 2016 and an order that Abraham be found liable for misconduct under Section 94(3) of the Legal Profession Act 1976, costs and other relief deemed fit by the court.

The Bar claimed that the DB had erred in law in affirming the finding and recommendation of the Disciplinary Committee (DC).

The DB had affirmed the DC's finding and recommendation that found there was no cause for disciplinary action against the senior lawyer.

A complaint was filed against Abraham for misconduct for drafting a second SD by Balasubramaniam, who was a prosecution witness in the Mongolian national Altantuya Shaariibuu murder case.

On July 4, 2008, it was reported Balasubramaniam had signed a second SD, retracting the entire contents of his first SD, alleging that he was compelled to sign the first SD under duress.

The first SD was in relation to Altantuya's murder trial at the Shah Alam High Court.

The Bar then appealed to the High Court and the Court of Appeal against DB's decision; however, both appeals were dismissed by the two lower courts.