‘Banks should have digital currencies in financial system’ 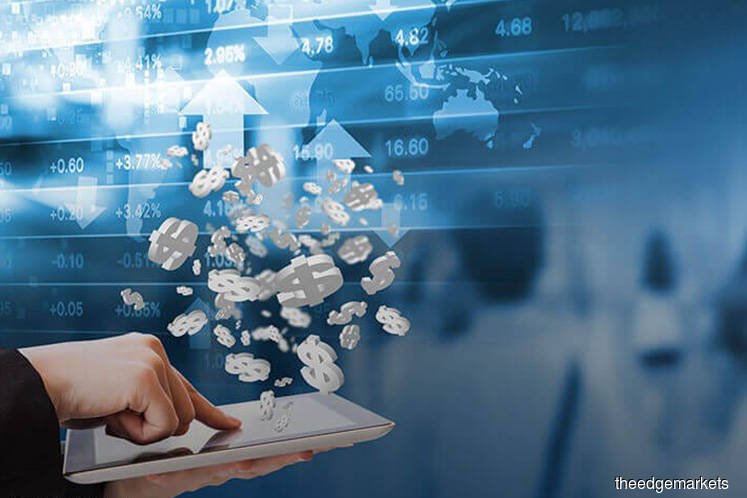 KUALA LUMPUR: Though much has been said about the risky and volatile nature of digital currencies and assets, Australian financial technology (fintech) firm Verrency Group believes financial institutions and regulators should look at how these assets can be managed within the banking system.

Verrency chief executive officer David Link said while the value of most digital currencies are specious at best, there is an underlying value in a number of these assets with significant use cases for the financial services sector.

“As a highly tradeable asset class, it makes strong sense for banks and regulators to begin looking seriously at how these types of assets can enter and be properly managed within a banking system.

“I strongly believe that issuers should be embracing digital trust technology, as it has an extreme number of uses in financial services,” Link told The Edge Financial Daily in a recent interview.

World Bank Group president Jim Kim Yong was reported as saying last Wednesday in Washington that the bank was “looking really carefully” at blockchain technology, a platform that uses what is termed as distributed ledgers to allow digital assets to be traded securely.

While he said there was “hope the technology could be used in developing countries, to ‘follow the money more effectively’ and reduce corruption”, Kim also said he was told that the vast majority of cryptocurrencies now were basically Ponzi schemes. “It’s still not really clear how it’s going to work,” Kim said.

Cryptocurrency technology is seen as having the potential to reshape global finance, but there is widespread concern not just about its volatility but also its potential to be abused for criminal activities like money laundering.

Meanwhile, Link shared that part of the reason he founded Verrency in 2016 was his frustration with the pace of innovation at banks — particularly in terms of payments — during his 26 years at global consulting group Accenture.

“Verrency is essentially a ‘turbocharger’ for a bank’s payment system — which through one connection to Verrency lets a bank access all types of curated payment services. Customers never see Verrency or Verrency’s brand — only that their bank has new sets of features,” he explained.

The firm recently announced a partnership with UnionPay International — a wholly-owned subsidiary of China UnionPay — in which UnionPay will distribute Verrency’s services to its clients via its UPI Wallet.

It is also working with a number of Australian institutions and is now in talks with several US institutions following the announcement of its expansion into North America last month.

He said banks are extremely receptive to Verrency’s solution as it enables a host of innovations which are delivered via one connection.

“Most banks have significant backlogs in their IT development queues, particularly in payments, and Verrency helps a large number of items ‘jump the queue’,” said Link.

Some of the innovations enabled by Verrency’s platform include the ability to round up transactions to the nearest ringgit and put the rounded-up amount into a charity, savings or investment fund.

It also provides the ability for the customers of banks and merchants to receive loyalty reward points, which can be redeemed at any merchant wherever it may be located, without needing to integrate with the merchant or use a special terminal.

Besides that, it allows consumers to control multiple payment cards and devices — including wearables, cards and mobile wallets — from the bank’s mobile app, and facilitate the ability to load and spend digital currencies using non-custodial wallets, which are wallets that are owned by end-users rather than an exchange or a hot wallet.

Verrency also connects directly to the blockchain and is building connections to Ripple and Ethereum’s networks.

“This is to enable banks to easily connect their payment systems to their smart contracts and other distributed trust technology projects,” said Link, who also holds a global advisory role at Ripple.

For example, if a bank runs its equities business on smart contracts and uses Verrency to connect their payment system to the smart contracts, a customer that owns equities can continue to spend and automatically have a portion of the stocks sold when his or her account balance is low, for example, to avoid an overdraft.

Verrency’s holding company is based in Singapore and the firm recently opened its Asean commercial subsidiary, with offices also based in the island state. The group is in the midst of setting up an Asean team for its expansion in the region.

Link said a major part of its Asean expansion plan is focused on Malaysia, where the group aims to actively work with the Malaysian fintech community here to identify specific local fintech firms that can benefit from Verrency’s platform and help connect these firms to Malaysian banks, and more broadly to Asean and the world.

He noted that every country has its own specific requirements and Malaysia is no exception. Link said he has been spending a lot of time with Malaysian banks over the past decade during his time in global consulting group Accenture, and said the top banks are very innovation-focused — more so than a number of their global peers.

“As the centre for the world’s Islamic banking, this (being innovation-focused) is obviously one of the local requirements that is unique to Malaysia.

“However, notably, almost all banks in the world suffer the same challenge when it comes to delivering on innovation on the issuing side — legacy systems and old payment switches, [which] make such innovation long and costly to implement,” he said.

He added that while open banking is important, it is currently a “one-way street” as banks provide third-party access to their data but as a result, give up many of their customer touchpoints in the process.

Open banking is a system that provides a user with a network of financial institutions’ data through the use of application programming interfaces. Customer touchpoints are a business or brand’s points of contact with its customers.

“Verrency helps ensure the banks remain at the centre of their customers’ touchpoints, by bringing fintech and curated payment services to the banks to deliver to their customers,” he added.