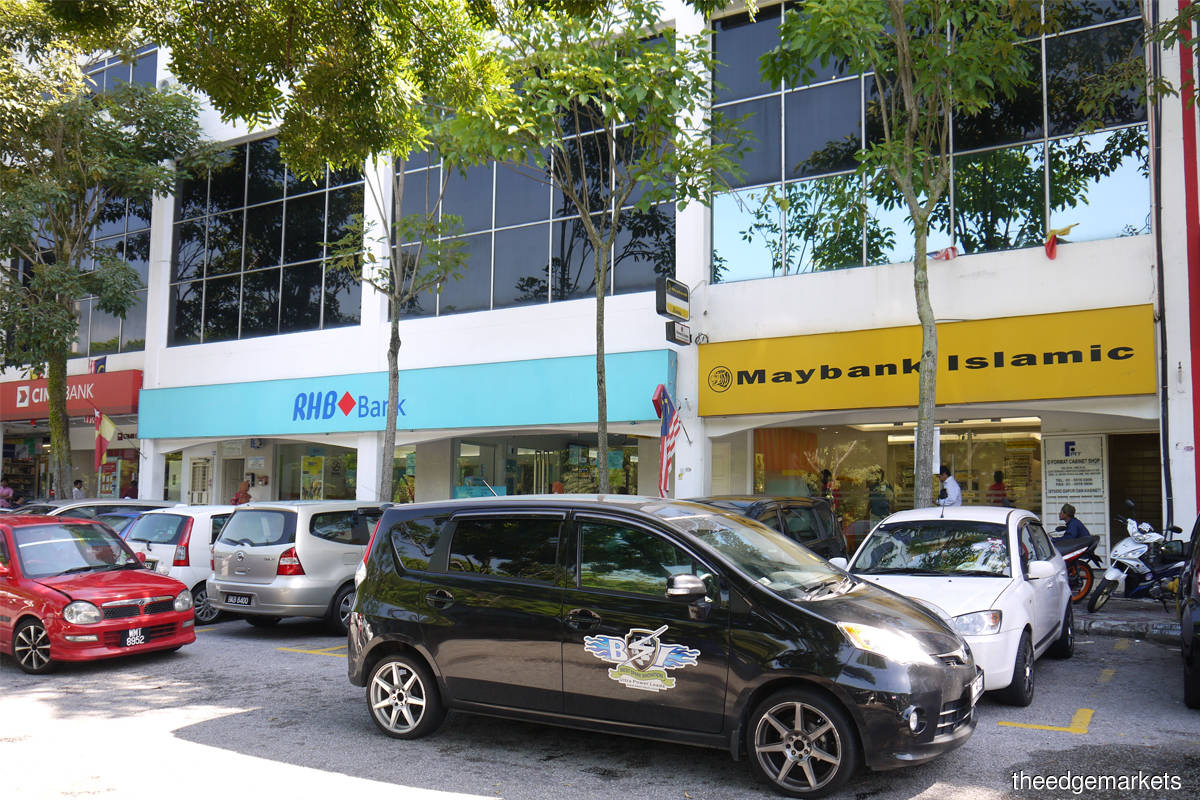 BANKS’ third-quarter (3Q2022) earnings are likely to be only mildly higher than the preceding quarter as they may have bolstered pre-emptive provisions amid a bleaker macro-economic outlook, analysts say.

“It’s really hard to say [if it will be an across-the-board trend], but quite a few of the banks did indicate that they will be stepping up on pre-emptive provisions, be it management overlays or even macroeconomic variable provisions. Hence, we see provisions going up in 3Q2022,” Hong Leong Investment Bank (HLIB) Research banking analyst Chan Jit Hoong tells The Edge.

According to him, the banks that could potentially make more provisions — by virtue of the fact that their 1H2022 provisions came in on the lower end of their credit cost guidance for the full year — are CIMB Group Holdings Bhd, Affin Bank Bhd, Alliance Bank Malaysia Bhd, AMMB Holdings Bhd, RHB Bank Bhd and Bank Islam Malaysia Bhd.

In addition to potentially making higher provisions, banks are also likely to see lower non-interest income given the rise in bond yields in the third quarter, which will take a toll on their trading and investment income.

Chan also notes that despite there being two 25-basis-point (bps) hikes in the overnight policy rate (OPR) in 3Q2022 (in July and September), the positive impact on banks’ net interest margin (NIM) is likely to be diluted given the increasingly stiff competition for deposits in the industry, which raises their funding cost.

There was already a similar-quantum OPR hike earlier in May — the first by Bank Negara Malaysia since the Covid-19 pandemic — as well as in November, which means the OPR has expanded by a total of 100bps this year. Most economists expect the central bank to raise the OPR by a further 25bps at its next monetary policy meeting in January next year.

“Granted, there were two OPR hikes during the third quarter, but this time around, we believe the NIM expansion would not be as big as in the previous quarter, because competition in the fixed deposit (FD) space has been going up and we’re also seeing CASA (current account, savings account) migration towards [more lucrative] FDs.

“Hence, all in, we expect banks’ 3Q2022 earnings growth to be muted, quarter on quarter,” Chan says.

The country’s 10 public-listed banks are expected to release their financial results for the July-September quarter in the final two weeks of this month.

Bank Negara’s latest statistics on the banking system as at September show that CASA deposit growth eased to just 3.7% year on year compared with 6.1% in August, while the CASA-to-total-deposits ratio had fallen to 30.6% from 31.4%.

Another senior banking analyst that The Edge spoke is also of the opinion that bank earnings in 3Q2022 will probably only grow “marginally”, quarter on quarter.

“The general expectation is that provisions will be higher on a q-o-q basis, based on the guidance from the banks themselves, but I think this will vary from bank to bank.

“The main issue [in 3Q2022] is really the marked-to-market losses on investment because bond yields continued to go up in the third quarter, but the losses will probably not be as large as in 2Q2022,” he notes.

Notably, Malayan Banking Bhd’s (Maybank) provisions are seen to be lower q-o-q as it had already made significant provisions in 2Q2022 in anticipation of a weaker outlook for the external environment in the second half of the year.

On the flip side, CIMB Group is anticipated to see higher provisions. “Credit cost is ... expected to be higher in 3Q2022 on an uptick in impairments for the retail portfolio and top-ups for legacy accounts in the steel sector. [CIMB] management had guided for credit cost of 50bps to 60bps for FY2022 (1H2022: 41bps). Its stock of provision overlays, which stood at RM2.7 billion in June 2022, will be maintained till 4Q2022,” says RHB Research in a Nov 1 report on CIMB Group following an analyst briefing.

Nevertheless, most research houses, including RHB Research, have a “buy” call on CIMB Group’s shares, noting that the group and its customers are expected to manage well despite the challenging environment.

Meanwhile, CGS-CIMB Research estimates that the banking sector’s core net profit could come in at RM7.1 billion to RM7.2 billion in 3Q2022, which would represent growth of 1% to 3% on a q-o-q basis, and 4% to 5% on a year on year basis. The research house is of the view that provisions are likely to come in lower, q-o-q as well as y-o-y.

“On a y-o-y basis, banks’ 3Q2022 loan loss provisions likely declined 40% to 50%, in our estimate. This, together with robust loan growth and expansion in NIM from OPR hikes, would have supported banks’ net profit growth in 3Q2022, in our view,” it says in an Oct 31 report on the sector. It notes that there are signs of stabilisation of the sector’s gross impaired loan (GIL) ratio. The ratio rose from 1.68% as at December 2021 to 1.85% in July as banks progressively unwound the repayment assistance offered to troubled borrowers, before improving to 1.82% in September.

CIMB Group, RHB Bank and Hong Leong Bank are currently the ones with the most “buy” calls.