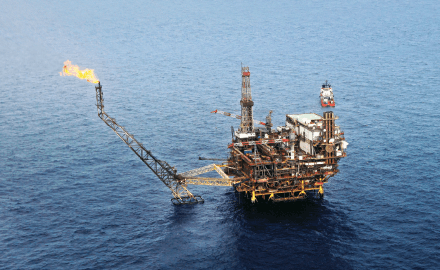 BANKS are keeping a close watch on their oil and gas (O&G) loan books following the 50% decline in oil prices, say senior bankers.

“We are undertaking stress tests on these loans. Our tests so far show that things are steady and it should not be a worry. But if the oil price drops to below US$40 per barrel, then it could have an impact on our books,” says a banker, who is in the senior management team of a large Malaysian bank.

“We are closely monitoring loans from the O&G sector,” the banker adds.

Brent crude fell 50% to touch US$57.10 per barrel recently from a high of US$115.06 last June. It started falling after hitting a high in June and has been on a downward trend since then.

Kenanga Research, in a Dec 30 note, says upon cursory checks with the local banks, it seems that Affin Holdings Bhd (with 4.0% of gross loans exposed to the O&G sector), AMMB Holdings Bhd (3.5%) and CIMB Group Holdings Bhd (3.5%) will be hit the hardest as a consequence of the oil price weakness (see table).

“O&G companies will only pull in a fraction of the revenue they would have pulled in just a half year ago, while having to contend with sticky high overheads, which will negatively impact earnings. This will leave less for interest servicing and repayment of loans, which would have been extended based on bullish income projections.

“We are not seeing any signs of stress yet when it comes to the players’ ability to service the loans. So far, if I were to look at the listed O&G companies’ balance sheets, the gearing level is not that high with an average of 0.5 to 0.6 times … that is manageable for now,” he says.

“In terms of balance sheet, those that went through the 2008 [global financial] crisis are better off now and better leveraged as their balance sheets are stronger today. The fact is, local companies are less speculative in their asset building now. They don’t build assets first and then get contracts. That happened in 2006 and 2007 when there were O&G players that just ordered assets in anticipation of jobs. But they have learnt from that lesson and are no longer like that today,” he adds.

An executive director with a Bursa Malaysia-listed O&G company says industry players with high gearing have always been a concern for banks given the capital-intensive nature of the business.

“Companies will be doing just fine if they have healthy order books to last them for the next two to three years,” he adds.

Apart from banks, bond traders are monitoring the drop in oil price as well and the potential impact it could have on borrowers.

“We are monitoring it to see if they (O&G companies) have renewed their contracts, for how long these renewed contracts are for and if they are able to get jobs. How many jobs can Petronas (Petroliam Nasional Bhd) give out in the current environment?” a bond trader asks.

“How low oil prices drop is one thing but another crucial factor is how long prices will continue to stay this low. For example, in 2008, oil prices fell to a low of US$37 per barrel but didn’t stay at that level for too long and recovered fast,” he adds.

In November 2014, Petronas announced that it will be cutting capital expenditure by 15% to 20% in 2015 in view of falling oil prices. The national oil company added that it will not award new marginal fields unless oil settles at above the US$80 per barrel level, even though breakeven cost is at US$65 per barrel.

RAM Ratings head of sovereign ratings Esther Lai says the drop in oil prices poses downside risk to the government’s 3% deficit target for this year as hydrocarbon-related income forms a third of total revenue. “As such, there will be greater enforcement of tax arrears and enhancement of tax collections to manage the budget balance next year. RAM also expects adjustments to spending, especially on discretionary operating expenses, reducing wastages and tighter cost control for projects,” she adds in a written reply.

Meanwhile, Fitch Ratings says lower oil prices will result in weaker earnings for the rated O&G issuers in the region, exerting some pressure on their credit metrics. Still, the credit ratings agency expects ratings to remain unchanged even if the headroom is reduced under the current standalone credit profiles.

“Capex requirements remain high for Southeast Asian O&G companies, with substantial investment needs upstream and mid-stream. Some — albeit moderate — amount of capex cutback is likely. The high dividend payout requirement by the state on Malaysia’s Petronas remains a challenge for the company,” Fitch says in a December report.

“Oil prices remaining below Fitch’s long-term price of US$75/bbl for a sustained period of time would increase challenges for companies in the sector. Furthermore, negative ratings action on sovereigns would correspondingly affect the ratings of state-linked entities, as would any significant weakening of ties between state and company,” it adds. 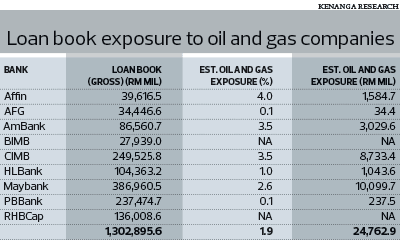