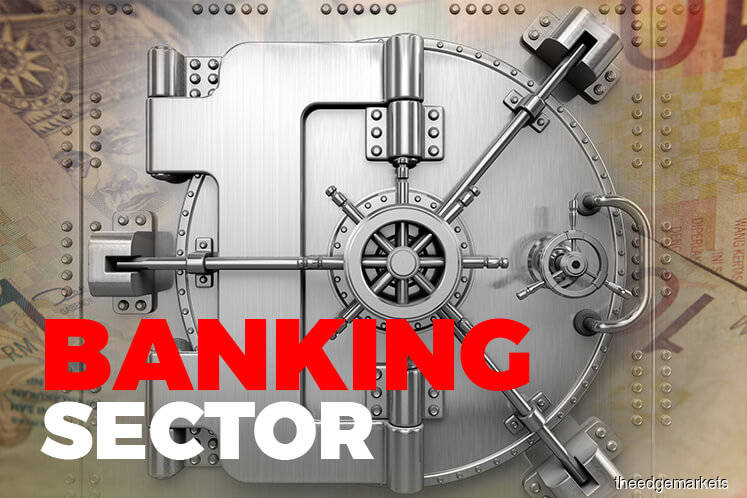 KUALA LUMPUR (Jan 2): Shares of banking counters dipped on profit-taking after a run-up from last week but the future remains bright for the sector, which is expected to maintain its earnings potential on higher loan growth in 2018.

AMMB Holdings Bhd remained unchanged at RM4.41 after paring gains with 422,500 shares traded, for a market capitalisation of RM13.14 billion.

“It is the first day of market trading for the year, after the run-up last week, so we are seeing some profit-taking. It is not unusual. The fundamentals of the sector remains strong,” Imran told theedgemarkets.com

In a note to clients today, Imran kept his 'positive' view on the sector with an expected 6% year-on-year loans growth for 2018, based on the current trend of applied and approved loans.

“The loans applied and approval will provide a steady loans pipeline at least in the first quarter of 2018 (1Q18). We also expect that the loans demand will continue on its current trend. This is especially for the mortgage segment, as we understand several property developers are targeting to develop affordable housing,” he said.

“Main contributor for the strong growth was the approval for the purchase of residential properties. This segment (residential property purchase) grew 18.2% y-o-y to RM3.7 billion. We believe that this was in line with the trend we have observed in 3Q17, where banks are focusing on growing its mortgage books.

“We opine this trend of strong mortgage demand and approvals may continue into 2018, especially due to the spill over effect from 4Q17,” he said, adding that continued domestic economic performance this year and stable employment environment would also drive loans growth.

In addition, the anticipated overnight policy rate (OPR) hike by Bank Negara Malaysia will give a temporary boost to margins.

“With higher demand and approval for loans, we believe the banking sector will be able to maintain its earnings potential,” Imran added.

“We expect further stability in banks asset quality in 2018; however, we view that certain segments may pose a risk to the potential stablility of asset quality. Banks’ loan loss coverage (LLC) is expected to improve, given the slower trend of large provision.

Khairul maintained a “neutral” call on the sector, although the bank statistics in November 2017 seemed unexciting, because of repayments and shift of funding.

“Nonetheless, we believe banks should earn another look due to positive leading incators sustained. Seasonally, the fourth quarter of the year is a stronger quarter for banks and we are positive [that] banks should end FY17 in better performance,” Khairul added.