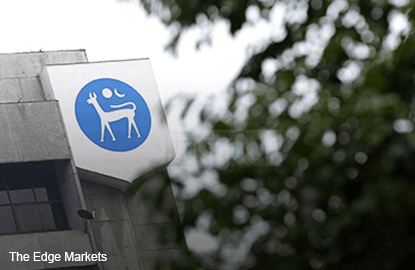 KUALA LUMPUR (July 13): Bank Negara Malaysia (BNM) has cut its key interest rate to 3% from 3.25% presently, the first cut since February 2009. The last time the overnight policy rate (OPR) was reduced was in response to the 2008–09 global financial crisis.

In a statement today, the central bank warned that there are increasing signs of moderating growth momentum in major economies going forward.

"The adjustment to the OPR is intended for the degree of monetary accommodativeness to remain consistent with the policy stance to ensure that the domestic economy continues on a steady growth path amid stable inflation, supported by continued healthy financial intermediation in the economy," it said.

BNM added that the ceiling and floor rates of the corridor for the OPR are correspondingly reduced to 3.25% and 2.75% respectively, following the OPR adjustment.

"The global economy continues to record growth at a more moderate pace, across major advanced and emerging market economies," it said.

In Asia, the central bank said the persistent weakness in the external sector has weighed on growth, although domestic demand remains supportive.

The central bank's action was contrary to the expectations of 13 economists polled by Reuters, who had expected BNM to hold the OPR as the economy appears resilient despite volatility in the global markets following the British exit (Brexit) vote.

On the home front, BNM said domestic demand continues to be the main driver of growth and said private consumption will be supported by growth in income and employment, and measures implemented by the government.

Although noting the investment in the oil and gas sector is moderating, it said overall investment is expected to be supported by the ongoing implementation of infrastructure projects and capital spending in the manufacturing and services sectors.

It pointed out that though domestic economy remains on track to expand in 2016 and 2017, the uncertainties in the global environment could weigh on Malaysia's growth prospects.

Inflation was lower as the impact from the goods and services tax implemented in April 2015 lapsed and is expected to remain stable in an environment of low global energy and commodity prices and generally subdued global inflation.

Consequently, the central bank projected inflation to be lower at 2% to 3% this year, compared to an earlier projection of 2.5% to 3.5%, and continue to remain stable in 2017.

According to the central bank, the risks of destabilising financial imbalances have receded.

"Both macro and micro prudential measures as well as supervisory oversight have resulted in more prudent lending standards and contained speculative activities in the property market," it added.

BNM said the MPC will continue to monitor and assess the balance of risks surrounding the outlook for domestic growth and inflation.