Bandar Malaysia set to take shape, with initial $3.2b funding 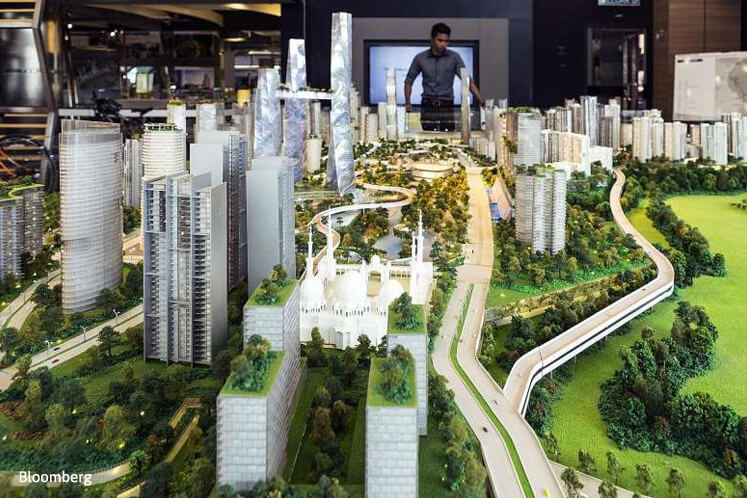 KUALA LUMPUR (March 6): Malaysia is set to break ground on its largest real estate development, the multibillion-dollar Bandar Malaysia project that will showcase the country's growing economic ties with China.

Businessman Lim Kang Hoo, whose Iskandar Waterfront Holdings (IWH) secured rights in late 2015 as master developer of the project together with China Railway Engineering Corp (CREC), noted that the initial funding of RM10 billion (S$3.2 billion) has already been lined up.

Ground works for infrastructure development will begin as soon as "two or three loose ends" with the Malaysian and Chinese governments are tied up in the coming weeks, he added.

"Meeting the conditions, such as approvals from Bank Negara (Malaysia's central bank) for overseas loans and the degazetting of the land, has been very time-consuming. But we are almost there," Tan Sri Lim told The Straits Times last week before heading off to Beijing to meet his Chinese bankers, who will provide the bulk of the project's initial financing.

Located on 196.7ha of prime real estate that currently houses a military airstrip, army barracks and other military installations on the fringes of Kuala Lumpur, Bandar Malaysia will be a purpose-built integrated township featuring residential complexes, subterranean shopping malls, a financial hub and indoor theme parks. It will also house the terminus for the planned high- speed rail connecting Kuala Lumpur and Singapore.

Separately, Beijing-based CREC is proposing to build an RM8.3 billion regional headquarters in the new township that promoters said will generate a gross development value of RM160 billion over a staggered construction timetable that will stretch 25 years.

This massive undertaking comes at a time when there are growing concerns that Kuala Lumpur could see a serious oversupply of commercial property in the near future.

Just next door to Bandar Malaysia, developers have begun work on a new financial district called the Tun Razak Exchange (TRX) that will cover roughly 28ha of prime real estate.

Property expert Ho Chin Soon noted that the anticipated glut in the property sector is unlikely to deter developers like CREC.

"For big Chinese enterprises operating overseas, market conditions are irrelevant when you can get your hands on freehold property. They see land as a very valuable commodity and believe that conditions will change," he said.

Both Bandar Malaysia and TRX are directly tied to the government's ongoing efforts to resolve the huge debt burden at scandal-ridden 1Malaysia Development Berhad (1MDB), the state-owned investment fund whose international money flows have triggered government probes in at least six countries.

1MDB acquired the real estate covering TRX and Bandar Malaysia at discounted values from the government, before selling parcels of the land for joint development with private sector parties as part of its debt-reduction plan.

Australia's LendLease International and Indonesia's Mulia Group have invested in developments in TRX together with several other Malaysian state-controlled entities in deals that have collectively raised over RM2.7 billion for 1MDB.

Central to Mr Lim Kang Hoo's success will be his plans for an IPO to raise capital for the Bandar Malaysia development.

IWH and CREC won an international tender to secure rights as master developer of Bandar Malaysia with a RM7.41 billion bid to acquire a 60 per cent interest in the project from 1MDB. The Malaysian government owns the remaining 40 per cent.

The Malaysia-Chinese joint venture, split 60-40 between the two partners respectively, made a 10 per cent down payment when it won the tender in December 2015. The remainder will be settled in the coming months when the bureaucratic issues are resolved, said Mr Lim.

The bulk of the funding will come from a consortium of banks led by the Industrial and Commercial Bank of China and a clutch of local financial institutions, such as Malayan Banking, CIMB and RHB, he added.

Under the first phase of development, the joint venture will assume ownership of one-third of the total Bandar Malaysia area, consisting mainly of the runway strip at the military airbase.

According to Mr Lim, ownership of the remainder of the land will be transferred over the next two years once the various military installations are relocated to new designated centres around the country.

"Once we take ownership of the airstrip land, it is all systems go and I can sign land sales with various parties. At this moment, we have 58 parties lined up," he said.