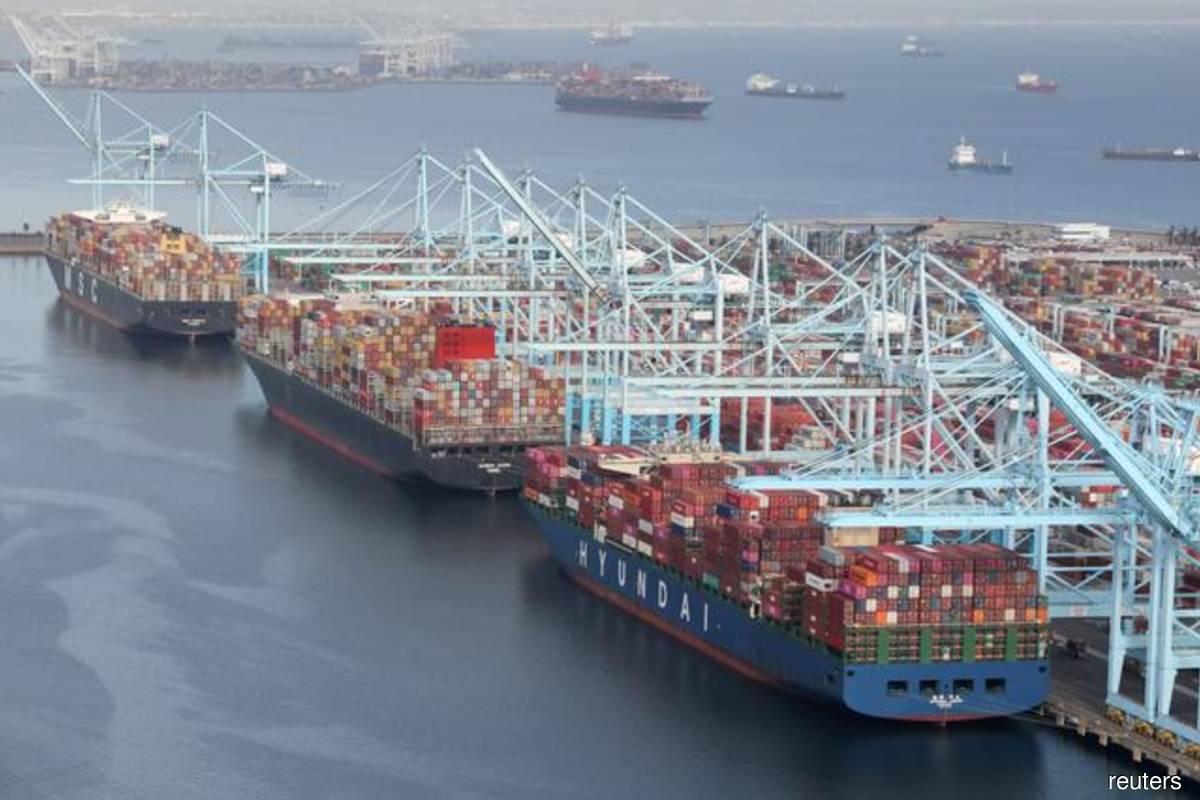 This report is produced by the Baltic Exchange.

The Baltic Exchange, a wholly-owned subsidiary of Singapore Exchange, is the world's only independent source of maritime market information for the trading and settlement of physical and derivative contracts.

Its international community of over 650 members encompasses the majority of world shipping interests and commits to a code of business conduct overseen by the Baltic.

The market continued to lurch its way upward as rates strengthened in flurries with numerous drawdowns along the way. The 5TC closed the week at US$18,293 with strong positive sentiment remaining. The Atlantic had several fixtures out of Eastern Canada that shocked the fronthaul market into life early on in the week. However, it was at odds with fixtures out of Brazil and West Africa to China that seemed capable of dragging the values lower at ease. The dynamic led to opaque pricing visibility and indecision of market direction.

The Transatlantic C8 closed the week up US$6,500 to US$18,917 drawing close to parity for value against the Transpacific C10 at US$19,295. The Pacific market had much more clarity in pricing but was no less volatile, as charterers were seen paying up as often as pressuring rates lower. The West Australia to China C5 now priced at US$10.24. Fixture activity remains reasonable if not still quite underwhelming for this time of the year. Weather continues to play a disrupting factor for vessel schedules in the region, as Japan began its clean up from Typhoon Nanmadol.

It was a similar week to the previous for the market. It began brightly, only for owners to be pegged back midweek with several deals fixing and failing and a mixed finish to end. A distinct lack of mineral requirements in the North Atlantic weighed down all week in the north. However, with steady demand ex ECSA — and many of the ballasters now covered — ships open west Mediterranean were being priced competitively both for the Transatlantic and front haul grain trips. US$24/24,500 concluded ex West Mediterranean via NC South America trip Far East. Asia was predominantly focused on the North this week with a stable looking North Pacific programme. Some strong numbers were concluded earlier in the week with US$21,500 on an 82,000-dwt delivery Korea via North Pacific. This was as the back end of the typhoon impacted with minor delays encountered. However, the market ended slowly as the week closed with pressure easing.

Generally, a positive week across the board with gains made both in the Atlantic and Asian regions. However, some described the Indian Ocean as remaining finely balanced. Period activity was seen and a 63,000-dwt coming open ex drydock China fixed for one year’s trading at US$16,500. The Atlantic saw stronger demand from the US Gulf, with Ultramax size seeing US$26,000-US$27,000 for runs to Asia. After a rather slow few weeks, activity levels increased from the Continent/Mediterranean areas. A 55,000-dwt open Hamburg fixed a scrap run to the East Mediterranean at US$15,000. From South America, as the week closed, the was some better demand. Asia saw increased demand at the beginning of the week, although this tapered off towards the end. A 61,000-dwt open China fixing a North Pacific round in the mid US$18,000s. Meanwhile, a 61,000-dwt fixed delivery North China redelivery Southeast Asia at around US$17,000. Further south, demand from Indonesia was seen. A 63,000-dwt open Belawan fixed a trip via Indonesia to China at US$22,000.

In a week of positivity across both basins, the biggest highlights came from East Coast South America, where brokers spoke of continued fresh enquiry and limited tonnage. A 38,000-dwt was fixed from South Brazil to Spain at US$25,000 and a large handy was rumoured to have been fixed from Recalada to the Western Mediterranean at around US$27,000. A 33,000-dwt was fixed from Santos to Morocco at US$23,500 earlier in the week. In the US Gulf, brokers spoke of more activity with a 40,000-dwt rumoured to have fixed from SW Pass to the Eastern Mediterranean at close to US$20,000. From Asia, sources said that with the upcoming holiday’s charterers had been looking to take cover early seeing improved activity in the region. A 32,000-dwt open in Melbourne fixed two laden legs at around US$19,000 with a ballast bonus of about US$190,000. Meanwhile, a 38,000-dwt was fixed from Adelaide to China at US$17,000 plus a ballast bonus of US$100,000.

The LR1s followed the behavior of their larger sisters, TC5 was tested down and has lost WS46.43 to end up at WS288.57. On a voyage to the UK-continent TC8 has also similarly shed some value, around US$370,000 to the US$4,300,000. The MRs of TC17 have again come off significantly, although not as dramatically as last week. The index lost 60 points to end up at WS370. In the West, the LR2s have been subject to lesser activity and subsequently TC15 has lost almost all of its gains from last week, dropping US$87,500 to US$4,416,667 by the end of the week. The LR1s of TC16 have been relatively quiet with freight rates holding in the WS220 region.

In the US-Gulf, the MRs have been subject to extreme fluctuation — climbing and dropping with equal magnitude. TC14 bottomed out at WS188 (down from WS230) mid-week only to return WS245 two days later. Similarly, TC18 plateaued at WS285 (down from WS335) to then returned up to the WS350 level.

Handymax vessels in the Mediterranean continued to climb this week with TC6 jumping 24.07 points to WS248.13. Available tonnage remained tight and cargoes continued to enter the market. In the Baltic TC9 remained stable around the WS325 mark.

Rates for 135,000mt Black Sea/Augusta were pretty much flat, hovering around the WS184-185 level (a round-trip TCE of US$75,500 per day). Meanwhile, for the 130,000mt Nigeria/UKC trip rates climbed three points to almost WS140 (a round-trip TCE of about US$41,000 per day). In the Middle East, the rate for 140,000mt Basrah/West Mediterranean was a point firmer at WS66, with a Turkish charterer reported to have fixed a 2009 built Greek controlled vessel at WS65 from Basrah to Eastern Mediterranean.

The Mediterranean market has recovered significantly over the last week with the rate for 80,000mt Ceyhan/West Mediterranean advancing 33 points to about WS185 (a round-trip TCE of close to US$45,000 per day). In Northern Europe, the latest assessment for the 80,000mt Hound Point/UK Continent trip is up 7.5 points week-on-week at WS159 (a daily round trip TCE of US$37,000 per day) with the availability of tonnage distinctly limited for the balance of September to early October. For the 100,000mt Primorsk/UK-Cont route the rate is now assessed 2.5 points firmer, with limited activity on the route, at the WS181-182 level (a round trip TCE of US$50,100 per day). Across the Atlantic, the market displayed signs of a “dead cat bounce” on the gains seen a week ago. The rate for 70,000mt EC Mexico/US Gulf fell about 21 points to WS264 (a round-trip TCE of US$58,300 per day), while for the 70,000mt Caribbean/US Gulf trip the rate shed 20 points to WS245 (a daily round-trip TCE of about US$47,500). For the Transatlantic route of 70,000mt US Gulf/UK Continent, the rate has been reduced by nine points to WS215 (US$38,000 per day round-tip TCE).

The Baltic Exchange runs a series of professional training courses through its Academy. When possible, these take place in key shipping centres but are also available as an e-learning option. The courses are designed to help shipping, finance and commodity executives build on their knowledge of the maritime markets. The courses are led by experts and deliver a high-level education, combining theory with real-life practical examples. See online for more details.

Disclaimer:
While reasonable care has been taken by the Baltic Exchange Information Services Limited (BEISL) and The Baltic Exchange (Asia) Pte Ltd (BEA, and together with BEISL being Baltic) in providing this information, all such information is for general use, provided without warranty or representation, is not designed to be used for or relied upon for any specific purpose, and does not infringe upon the legitimate rights and interests of any third party including intellectual property. The Baltic will not accept any liability for any loss incurred in any way whatsoever by any person who seeks to rely on the information contained herein.

All intellectual property and related rights in this information are owned by the Baltic. Any form of copying, distribution, extraction or re-utilisation of this information by any means, whether electronic or otherwise, is expressly prohibited. Persons wishing to do so must first obtain a licence to do so from the Baltic.