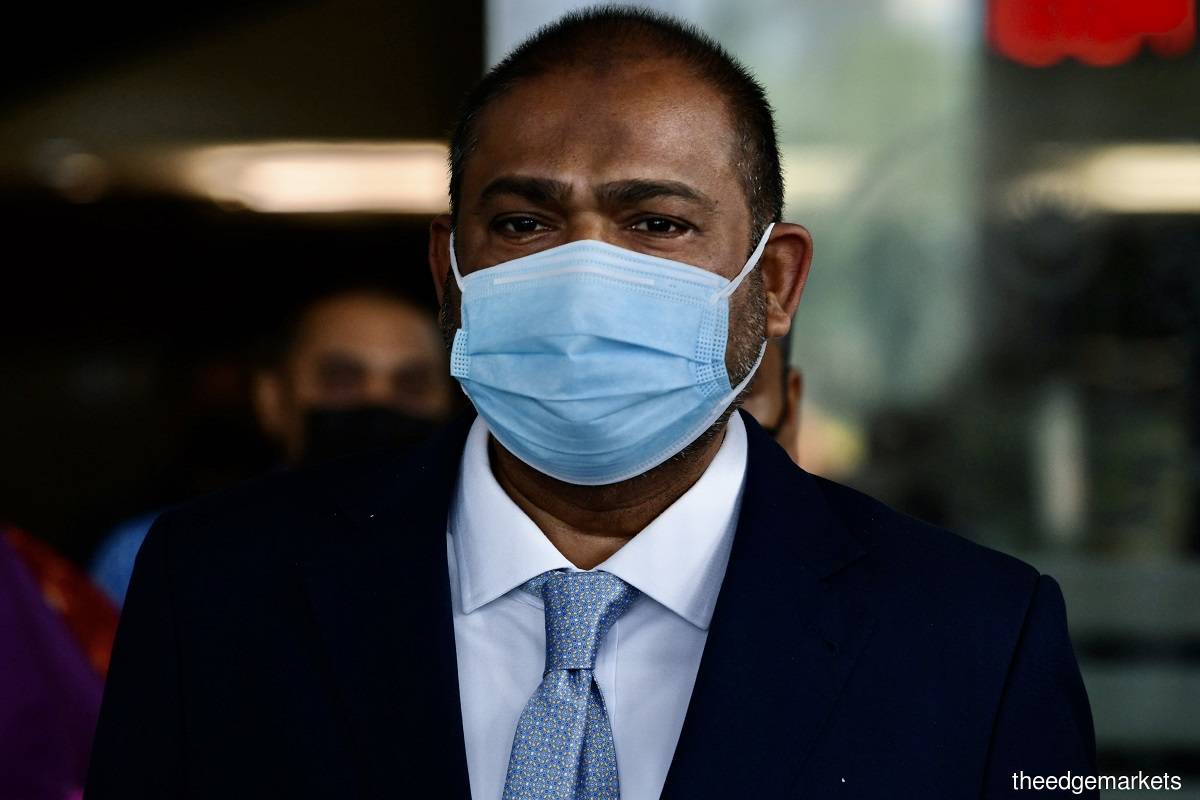 PUTRAJAYA (Sept 6): A lawyer for Baling Member of Parliament Datuk Abdul Azeez Abdul Rahim told the Court of Appeal today the corruption and money laundering charges against his client were defective as the politician had been gainfully employed by Syarikat Menuju Asas Sdn Bhd since 2011 and also paid income tax from the salary earned at his job.

Amer Hamzah Arshad questioned how Azeez's wages could thus be considered as graft or money laundering.

“This document shows that Azeez is legally employed by the company and receives wages. He also pays income tax from this. So how can this be considered money laundering?

“Furthermore, the prosecution has not contested or rebutted this document [showing his employment with the company], so how can a legally employed person be charged with graft and money laundering?” he asked a three-member Court of Appeal bench.

He said this was why the defence is arguing that the charges on Azeez are defective, groundless and mala fide (in bad faith).

Hence, the lawyer said the defence is appealing that the charges imposed by the Malaysian Anti-Corruption Commission on Azeez should be struck out.

However, Abdul Latif was granted a discharge not amounting to an acquittal by the Sessions Court last February, after the prosecution decided to drop the charges against him when they accepted his representation. Following that, Abdul Latif was scheduled to testify against his younger brother.

Syarikat Menuju Asas is said to have received road work contracts through limited tender from the Works Ministry, where Abdul Latif is charged with abetting with Azeez.

The High Court had last March dismissed Azeez's application to strike out the corruption and money laundering charges, as the court said the defence had failed to prove that the charges against the Umno politician were mala fide.

“Klang Valley is too wide, it can be Shah Alam, Kuala Lumpur, Klang or elsewhere. How can my client answer to these charges when it is too general and not specific as required in any criminal charges?” he said.

The lawyer also pointed out that on one single graft charge, his client is facing four distinct offences and this amounted to a multiplicity of charges.

Preferably, Amer Hamzah said they should be separated in order for the defence to easily answer the charge.

This led to Justice Datuk Seri Kamaludin Md Said to interject: "Are you saying you are preferring four separate charges on this one [graft charge] and not only one as this may lead to your client's advantage later on?"

To this, Amer Hamzah replied that the defence was hoping that the prosecution would make it clear in the charges to avoid a multiplicity of charges.

“You cannot put four distinct projects and lump it together into one charge,” the lawyer added.

Besides this, Amer Hamzah also said that although seven prosecution witnesses had already testified in the case, they are not material witnesses and that the defence can apply anytime to strike out the charge.

He said this to the bench following questions from the second member of the bench Justice Datuk Abu Bakar Jais as to why the defence had not made the application before the start of the trial rather than waiting for the trial to start and make the application.

In addition, the lawyer also told the court that the charge is not specific as to whether his client received the money in cash, cheque, bankers cheque or gold bullion.

“The prosecution should specify all this in the charge and not let it hang,” Amer Hamzah added.

Justice Kamaludin then asked the prosecution, led by deputy public prosecutor Aslinda Ahad and Nik Haslinie Hashim, whether everything that Amer Hamzah had told the court is addressed in their written submissions.

To this, Aslinda said not everything was addressed, and she wished to reply to them orally.

However, both Justices Kamaludin and Abu Bakar preferred the prosecution address all this in the prosecution's written submission as it involved important issues that may affect other cases.

“This follows that the Court of Appeal is the apex court for cases that began in the Sessions Court. You have to think carefully,” Justice Kamaludin said.

Following this, Aslinda concurred that she would file additional written submissions and the court fixed Oct 6 for continued hearing.

The third member of the bench was Justice Datuk Che Mohd Ruzima Ghazali.