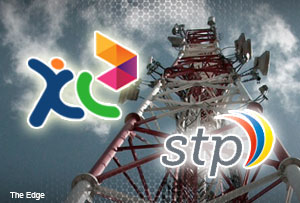 In a statement to the Indonesia bourse today, XL Axiata Chief Executive Officer Hasnul Suhaimi said the firm had sign an asset purchase agreement with Solusi under the all-cash deal.

Hasnul said the deal would enable XL Axiata to unlock the value of its telecommunication towers at an attractive price. The sale proceeds will be used to reduce XL Axiata's debt, according to him.

Hasnul said the exercise was a "positive step" for XL Axiata as it pursued an asset light strategy. Under the deal, he said XL Axiata would lease back the telecommunication towers from Solusi for 10 years.

According to him, the leaseback came with competitive terms, which would result in cost savings for XL Axiata.

The proposed telecommunication asset disposal is due for completion by end of this year.

Merrill Lynch (Singapore) Pte Ltd is advising XL Axiata on the deal while Standard Chartered Bank and J.P.Morgan (S.E.A) Ltd is acting on behalf of STP.