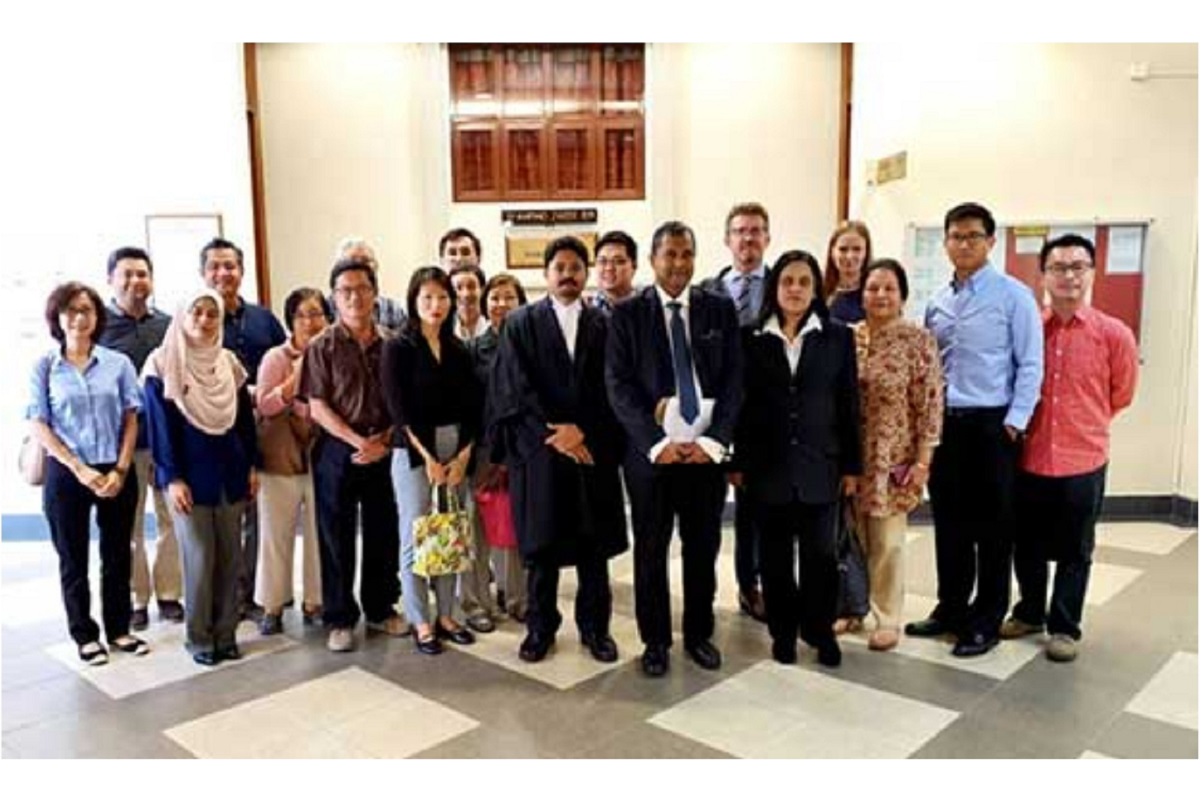 Ranjan N Chandran (centre) with the residents of K Residence.

KUALA LUMPUR (Jan 22): The High Court had on Wednesday allowed an application by the Avenue K Joint Management Body (JMB) and K Residence to set aside an earlier decision by the court for the JMB to be declared invalid and its resolutions passed be declared null and void.

This came after City Properties Sdn Bhd, which is recognised as “proprietor” in the sale and purchase agreement to K Residence owners, attempted to take over the title of “developer” from its related company KL Landmark Sdn Bhd.

City Properties, the plaintiff in the case, had obtained an order from the court on Sept 17, 2019, against KL Landmark that it is the rightful developer and that the JMB be declared invalid and whatever resolutions passed by the JMB be declared null and void.

The JMB, which was not a party in the proceedings, through its lawyers led by Ranjan N Chandran applied for permission to intervene on the grounds it violated the body's right to natural justice.

Today, Justice Datuk Ahmad Zaidi Ibrahim, in delivering his judgement, allowed the order made against the JMB to be set aside.

Justice Zaidi also dismissed KL Landmark's application for a stay of his decision. His decision was delivered via email.

Ranjan confirmed the decision with The Edge today. Besides Ranjan, the JMB was also represented by lawyers Bhavani Vadiveloo, Nuriahtun Maria and Fadhil Azmi.

He said the decision is a big victory not only for the JMB, which was lawfully appointed, but more importantly for the numerous purchasers of this project who had invested in it with the clear representation and agreement that KL Landmark was its developer.

“This decision also sends a clear message that the proprietor and the developer cannot willy-nilly change their positions as a developer as they so wish,” Ranjan added.

Meanwhile, Avenue K and K Residence JMB treasurer Brian Wong Cheun Yan said he was extremely relieved that justice had been served by Wednesday's court decision and the order being set aside.

“The JMB can now focus on the management and upkeep of the K Avenue and K Residence to serve the owners or purchasers as best possible,” he added.

Wong said the JMB represents 188 residential units and the Avenue K mall, as well as the undeveloped provisional block there.