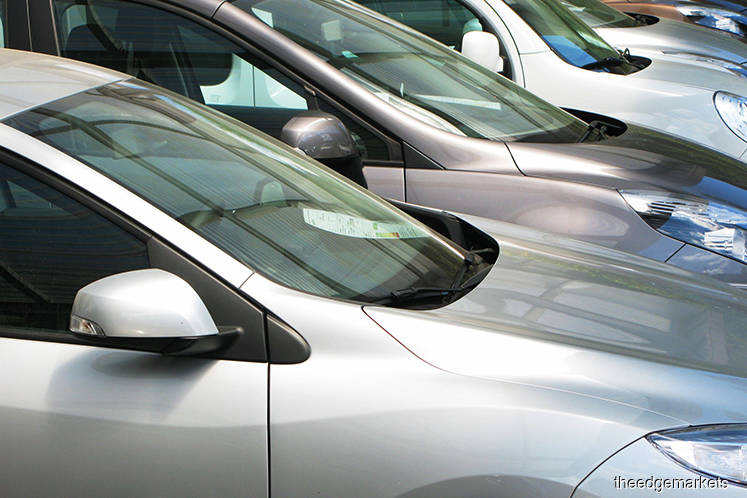 KUALA LUMPUR: The local technology sector is expected to see an uptick in demand for automotive semiconductor components this year following developments in electric vehicles (EVs) and autonomous driving, as analysts project a slowdown in the heavily weighted communication segment.

CIMB Investment Bank Research, in a recent research note, cited a study by the global association of semiconductor companies SEMI that projected automotive and industrial semiconductor to be the fastest growing markets, with a compound annual growth rate of 9.5% and 5.2% respectively, for the year 2018 through 2022.

“We see automotive and industrial semiconductor as the next industry sales growth driver due to rising adoption of electronics in vehicles and growing demand for industry 4.0 applications,” CIMB analyst Mohd Shanaz Noor Azam said in the note.

In this regard, Shanaz said Malaysian Pacific Industries Bhd (MPI) is “an exciting proxy for automotive and industrial growth given its experience and leading position in the segment.”

“The growth is premised on the rapid adoption of advance driver-assistance system and active safety features, which increases the need for more automotive electrical systems such as sensor fusion, camera, radar and light detection and ranging,” he said in an outlook report.

Even if the industry’s transition to EVs may not be instantaneous, Tan said that vehicles with hybrid powertrains will bridge the gap as they already demand more semiconductor components as compared to normal cars.

“All in, a full EV with full autonomous driving capability should have approximately six times the value of the average semiconductor components in a typical internal combustion engine vehicles,” he said.

Tan added that this development augurs well for MPI as it “is ahead of its peers in positioning itself for more automotive-related jobs.”

Both Shanaz and Tan have a “buy” call on MPI with a year-end target price of RM15.40 and RM13.79 respectively.

However, Kenanga Research analyst Lavis Chong believes that the recent introduction of new emission standards under the worldwide light vehicles test procedure will dampen the prospects of automotive-centric semiconductor players in the short term.

Chong noted that the new standards have already affected local automotive-centric semiconductor companies such as KESM Industries Bhd, which indicated that its utilisation rate has fallen below 50% from 70-80% normally as its key German customer reduced orders.

Therefore, Chong is not optimistic about automotive-centric semiconductor players in the near term, adding that the first quarter is typically a weak quarter for the automotive industry.

Notwithstanding that, he expects D&O Green Technologies Bhd’s commanding earnings in the fourth quarter of 2018 to remain sturdy as the company gained market share in the automotive light-emitting diode space.

“Nevertheless, for full year 2019, we expect sales of automobiles to recover as the European automakers resolve delays resulting from the new emission standards,” he added.

The expected slowdown in the communication segment of the semiconductor industry is mainly due to the lack of breakthrough features in recent smartphone launches.

Tan opine that semiconductor players may shift their focus away from the segment as there is not much excitement awaiting throughout the year.

Although most carriers worldwide may start to launch fifth generation (5G)-connectivity in 2019, both Tan and Chong agree that major commercial deployments are not expected until 2020. This, according to Chong, is due to the fact that the necessary network infrastructure is still limited geographically and data-hungry applications that call for the use of 5G such as virtual reality remain scarce.

“In essence, we believe that a “soft launch” of 5G in 2019 will be of little help to radio frequency (RF) content growth for Malaysian semiconductor companies, while rapid adoption of the new technology from 2020 onwards should reinvigorate the semiconductor industry,” he said.

Tan also believes that commercial adoption of 5G-connectivity may only take place in 2020 owing to bottlenecks from current network architecture which requires optimisation and higher cost of incorporating 5G modem into smartphones due to the need for multi-mode legacy network support.

“We do not discount the possibility of several smartphones being launched in the next 6-12 months and marketed as “5G capable”, as these devices will probably serve as a reference device for 5G adoption rather than a commercial deployment,” he said.

For 2019, Chong estimated that the smartphone industry will only grow by a marginal 2-3%, as he believes it has reached a saturation point in major markets. He noted that generic components in smartphones such as RF chips – used for wireless communications — are facing a slowdown in orders as content growth plateaus.

Meanwhile, modules used for new applications such as pay-wave and augmented reality are expected to continue to see bright prospects.

“Therefore, semiconductor players exposed to the industry have to rely on growth in dollar/semiconductor content per device,” he said.

Besides MPI, AmInvest has also listed Inari Amertron Bhd as a top pick in the technology sector notwithstanding that the company may see choppy earnings in the near term due to weakening smartphone sales.

“In the longer term, we believe its expertise as a reputable OSAT (outsourced semiconductor assembly and test) player in RF and optoelectronics will place the company in a strong position to gain from the adoption of 5G connectivity,” the research house said.

CIMB and Kenanga both maintained their neutral outlook on the technology sector while AmInvest upheld its overweight stance.