Australia's central bank holds rates as it weighs past cuts 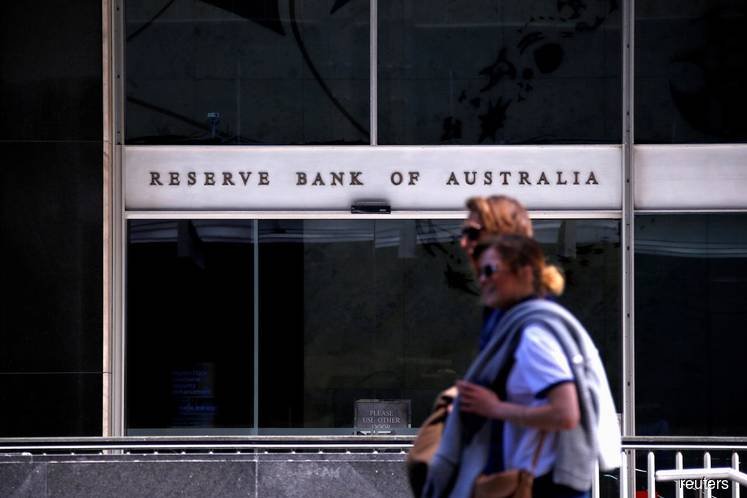 SYDNEY (Dec 3): Australia's central bank left interest rates at record lows on Tuesday as it waits for the three cuts already delivered to gain traction in a sluggish economy, though markets are wagering more easing will ultimately be needed.

The Reserve Bank of Australia (RBA) ended its last board meeting of the year by leaving the door open to another cut in its 0.75% cash rate.

"The Board is prepared to ease monetary policy further if needed to support sustainable growth in the economy," said RBA Governor Philip Lowe in a brief statement.

"The Board also agreed that due to both global and domestic factors, it was reasonable to expect that an extended period of low interest rates will be required in Australia."

Markets are almost fully priced for a move to 0.5% by April , with a real chance of reaching 0.25% or even a drastic shift to quantitative easing via buying government bonds.

The decision comes a day before government data is expected to show the economy expanded by 0.5% in the September quarter, the third straight quarter of middling outcomes.

Annual growth is forecast to pick up to 1.7% from a decade low of 1.4%, which, while pedestrian by past performances, would still support the RBA's hopes for a gradual turnaround.

Lower borrowing costs have certainly worked to reignite home prices, which enjoyed their strongest month in 16 years in November, led by boom-like gains in Sydney and Melbourne.

Yet they have had far less luck in reviving consumers struggling with stagnant wage growth and sky-high debts. A weekly survey from ANZ showed confidence near four-year lows with the rate cuts themselves blamed for spooking consumers.

"Annual GDP growth may accelerate a touch, but this hardly points to an economy that is undergoing more than a gentle turn, one that is unlikely to be enough to stop unemployment moving higher," said ANZ head of Australian economics David Plank.

"Sentiment looks set to be challenged for a while yet."

Some sectors of the economy were doing well, notably exports. Data out Tuesday showed the country's current account surplus swelled to a record A$7.9 billion (US$5.36 billion) in the September quarter, only the second surplus since 1975.

It's an influx of cash that fattens company profits and boosts the government's tax take, but fails to percolate down to households.

The major resource companies are majority owned by foreigners, so much of the profits they earn flows offshore. Neither are miners splashing out on their staff, with annual wage growth in the sector stuck at a miserly 2%.

Government spending was helping, having added around 0.3 percentage points to growth in the third quarter.

Yet the conservative government of Prime Minister Scott Morrison has so far rebuffed calls for a major injection of fiscal stimulus, choosing instead to stay wedded to a political pledge to return the budget to surplus.