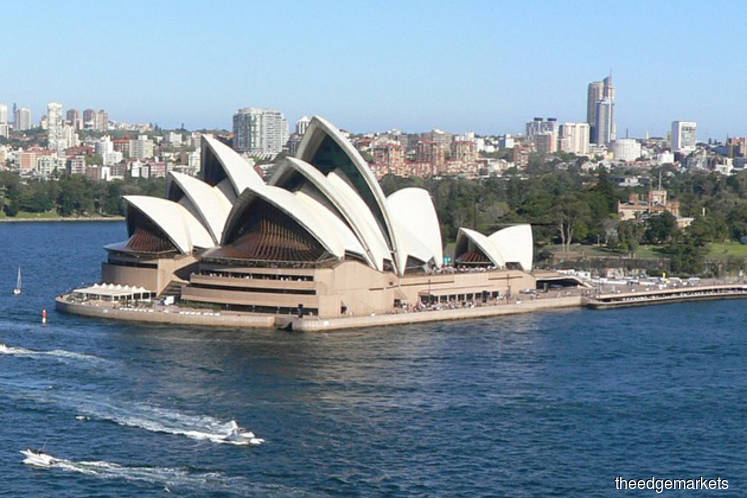 According to Savills Australia’s “Optimism and Opportunity Abounds Amidst the Pandemic” report published at the end of May, PBSA operators were having near-record occupancies for the 2020 academic year prior to Semester 1 due to continued levels of excessive enrolment growth and generation of expansion opportunities for city-based and regional universities. The international education sector hit a staggering A$40.3 billion (about RM118.3 billion) as at 4Q2019, up 14% year on year (y-o-y), boosting a lagging national economy.

Similar to most real estate sectors, the Covid-19 pandemic has impacted occupier demand and travel restrictions have disrupted the movement of international students. “The early and effective closure of Australia’s borders in mid- to late-March and the repatriation of citizens back to their home countries have caused a decline in physical occupancy across most student accommodation facilities, irrespective of city, with operators reporting falls of between 20% and 50%,” the report says.

“This corresponds with the Australian Bureau of Statistics (ABS) data, which recorded a 25% decrease y-o-y in international student arrivals in the three months to the end of March. The international education sector showed the smallest three-month growth for 28 quarters. On a rolling 12-month basis, the value of 1Q2020 was A$40.4 billion.”

In line with the current economic forecasts and fallout in international student arrivals, only 30 arrived on a temporary student visa in April, decreasing 99.9% compared with the corresponding month last year. “With the March quarter being historically the largest quarter in terms of revenue, it is expected to show negative annual growth by 3Q2020 for the first time since 2013,” the report says.

With Australia looking to kick-start the economy and protect its foundation industries, the country is proactively engaging a plan for the swift return of international students.

Savills Australia says the three-step pathway to reopen the nation, announced by the federal government on May 8, has disclosed the possibility of allowing chartered flights to enter Australia to assist international students returning to studies onshore in Semester 2, or by the beginning of the 2021 academic year, subject to strict quarantine rules.

“Nevertheless, it is important to observe strict quarantine rules and provide opportunities for PBSA providers to effectively manage this quarantine period and recharge occupancy. This is where New Zealand has also acknowledged the importance of international students, [who] could be exempted from international and travel restrictions if they are quarantined safely,” it says. Savills Australia notes that the key to recovery will be the first mover advantage and resilience of the sector over the short to medium term. International education agents are monitoring which countries ease travel restrictions first before they restart recommending study opportunities in global destinations.

Global student search behaviour formulated by Studyportals — an Eindhoven-based company that provides an online global education choice platform — has shown the preference for, and recovery of, on-campus learning, having dropped initially post the spread of Covid-19. “As competitor nations face their own pandemics and struggles relating to the higher education sector, Australia will be able to benefit from the strict, yet early, control of the pandemic,” it says.

Savills Australia says the ability of the student accommodation sector to outperform other asset classes can be seen during recent economic downturns. It says, “Although there is no data for Australia, as the country continues, for now, to skid above the recession surface having had 28 years of uninterrupted economic growth, student accommodation will remain resilient and less cyclical in performance.”

It adds that student enrolments (occupier demand), both domestic and international, generally increase in extreme economic situations, as people look to upskill or retrain to remain competitive in a shrinking labour market, or even delay entering the labour market. Additional search behaviour data from Studyportals has shown that enrolment for PhD and Master’s degree programmes has exceeded that of Bachelor’s degree-level courses.

While disposable incomes and nest eggs have shrunk for many families around the world, the desire to travel for those in the 18-to-20 age group will not be diminished. “Having been locked down at home for the past few months, escapism will thrive and the benefits of university abroad, where health systems are first class, will intensify. Australian education providers and recruitment teams will capitalise on the benefits of Australian education once international travel is permitted,” the report says.

An increase in Australian students exploring courses at local universities, at the expense of courses overseas, in the short term is shown in the same online search behaviour data. “Since the pandemic hit, Australians searching for domestic courses have increased 34% on a five weekly average compared with the same period in April and May last year. A growing domestic cohort, along with the reopening of internal state borders and the freedom of internal movement, will see a possible short-term shift in PBSA bed demand towards domestic students, which provide a boost to the sector,” it says.

Meanwhile, Australia’s management of the pandemic has enhanced its popularity as a solid and secure investment country. The Australian student accommodation sector remains robust underpinned by factors such as the Australian dollar depreciating to 18-year lows, internationally recognised and high-ranking universities, relative student accommodation undersupply and strong demand drivers, and long-term investment fundamentals.

“This was reinforced by the recent completion of the Urbanest Portfolio to Scape for a price in excess of A$2.1 billion, reflecting a new low in terms of net initial yields for the sector and setting a new high for investment volumes into Australian student accommodation,” the report says.