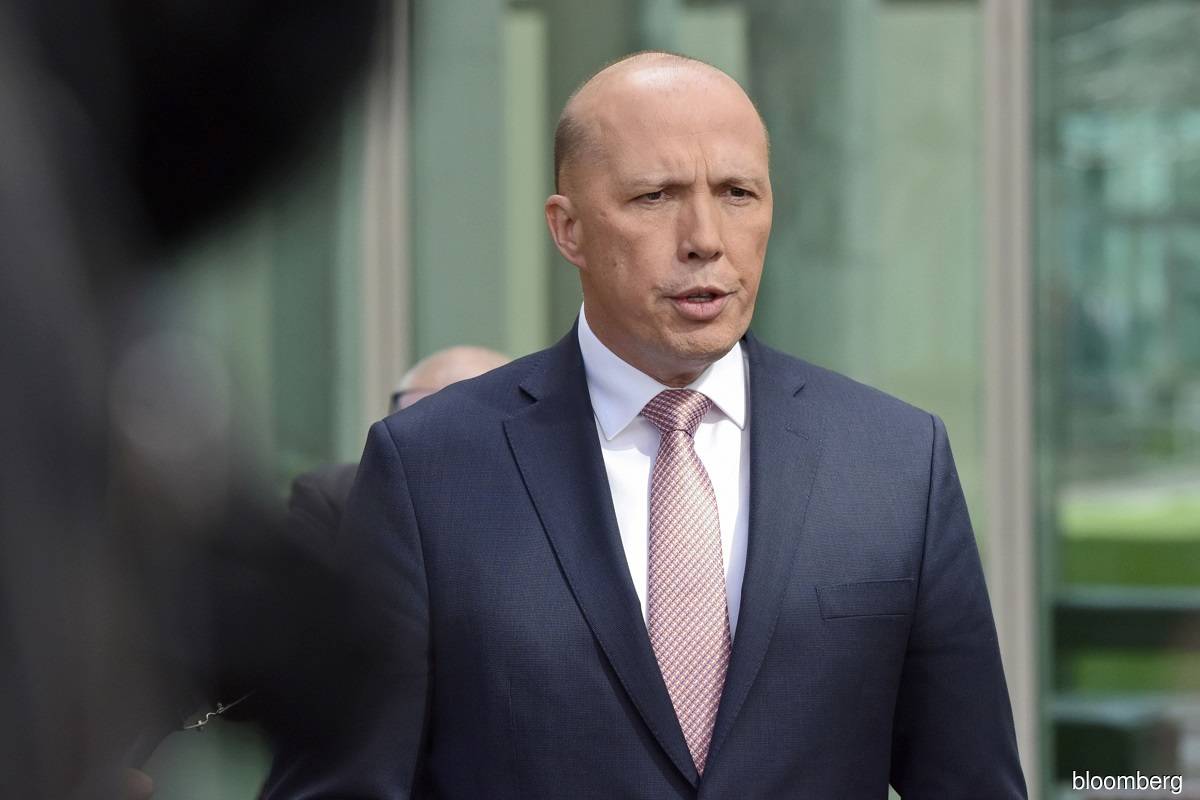 Dennis Richardson, then secretary of the Defence Department, rejected concerns the People's Liberation Army could gain access to the port as "alarmist nonsense".

CANBERRA/SYDNEY (May 4): Five years ago, Australia's defence chief dismissed worries over a Chinese company leasing a port used by US Marines as "simply absurd". Now the government in Canberra is weighing whether to force a sale due to national security concerns.

The decision risks further hurting China-Australia ties, which have plummeted since Prime Minister Scott Morrison called for an independent investigation into the coronavirus origin and strengthened defence ties with the US, India, and Japan. It will also have ramifications far beyond Australia as the US pushes countries to avoid cutting deals with Chinese companies on strategic infrastructure investments, from ports to undersea cables to 5G networks.

While Australia has cited national security to block Chinese companies like Huawei Technologies Co, scrapping an existing deal would be unprecedented in the modern era, according to Hans Hendrischke, a professor of Chinese business and management at the University of Sydney. He noted that China is turning more towards venture capital in developed markets as direct investment becomes untenable.

"It's an escalation that's part of the decoupling process that's happening globally connected with Chinese companies — and long-term, major infrastructure investments," Hendrischke said of Australia's decision. "There has been pressure on Australia to revoke that deal because it's seen to clash with US interests."

Back in 2015, when the Northern Territory government sold a 99-year lease for the Port of Darwin to Chinese firm Landbridge Group for A$506 million (US$391 million), Australian officials played down any criticism. Dennis Richardson, who was then secretary of the Defence Department, rejected concerns the People's Liberation Army could gain access to the port as "alarmist nonsense".

"The notion that Landbridge is leasing Darwin somehow or other as part of a broader strategic play by China and this gives the PLA navy access to Darwin is simply absurd," Richardson told lawmakers in Canberra at the time. He said there was no chance of China spying on US-Australian communications because naval vessels go silent in any commercial port.

In a sign of how rapidly times have changed, Australia's Home Affairs Secretary Michael Pezzullo last week told his staff that "in a world of perpetual tension and dread, the drums of war beat". While he did not directly mention China, he said free nations were watching "worryingly the militarisation of issues that we had, until recent years, thought unlikely to be catalysts for war".

China has sought to blame Australia for the downturn in ties while accusing Morrison's government of "economic coercion". Asked last week about speculation Australia would move to scrap the Darwin lease, Chinese Foreign Ministry spokesman Wang Wenbin said his government would "firmly safeguard the legitimate rights and interests of Chinese businesses investing and operating overseas".

"We hope the Australian side will look at bilateral cooperation in an objective and rational light and stop disrupting normal exchange and cooperation with China," Wang told reporters in Beijing.

Should Morrison's government decide to revoke the port deal, it will "most definitely" happen as it has a constitutional right to override laws made in the Northern Territory, as well as additional powers in relation to defence matters, said Donald Rothwell, a professor of international law at the Australian National University.

"The major issues if the Commonwealth seeks to revoke the arrangement would be the commercial legal consequences," including penalties or compensation, Rothwell said. While the Port of Darwin's commercial arrangements are not in the public domain, the matter could be settled quickly depending on the position of the federal government, he said.

Economic ties between the nations have taken a hit in recent years. China's trade reprisals at Australia have hit a range of commodities from coal to beef to barley and lobster, while Chinese investment Down Under plunged to about A$1 billion last year from a peak of A$16.5 billion in 2016, according to Australian National University research.

Even so, the proportion of Australian exports to China climbed to 43% by the end of 2020 even as the relationship unravelled thanks to the relentless rise in iron ore prices as China's early emergence from Covid-19 spurred demand for the steelmaking ingredient. Major producers have struggled to keep pace with demand from Chinese steel mills, pushing the price to US$193 a ton in April, just shy of its 2010 record.

Although China was the top buyer of Australian wine before the tariffs, accounting for 40% of shipments, strong European sales have helped counter the slump. The key danger ahead relates to international education and tourism, which are currently in stasis due to closure of international borders: China accounts for more than a third of foreign students in Australia and Chinese tourists account for 15% of visitors.

Despite the hit to some sectors of the economy, Australia's tough stance on China is likely to play well with voters, according to Natasha Kassam, a former Australian diplomat who is the director of the Lowy Institute's public opinion and foreign policy programme.

"It would be very significant and send a strong message in terms of future Chinese investment," she said when asked about the ramifications of a forced sale of the Darwin port lease. "Australia was probably thinking a year ago it could reach a new settling point with China, but that's proven elusive."