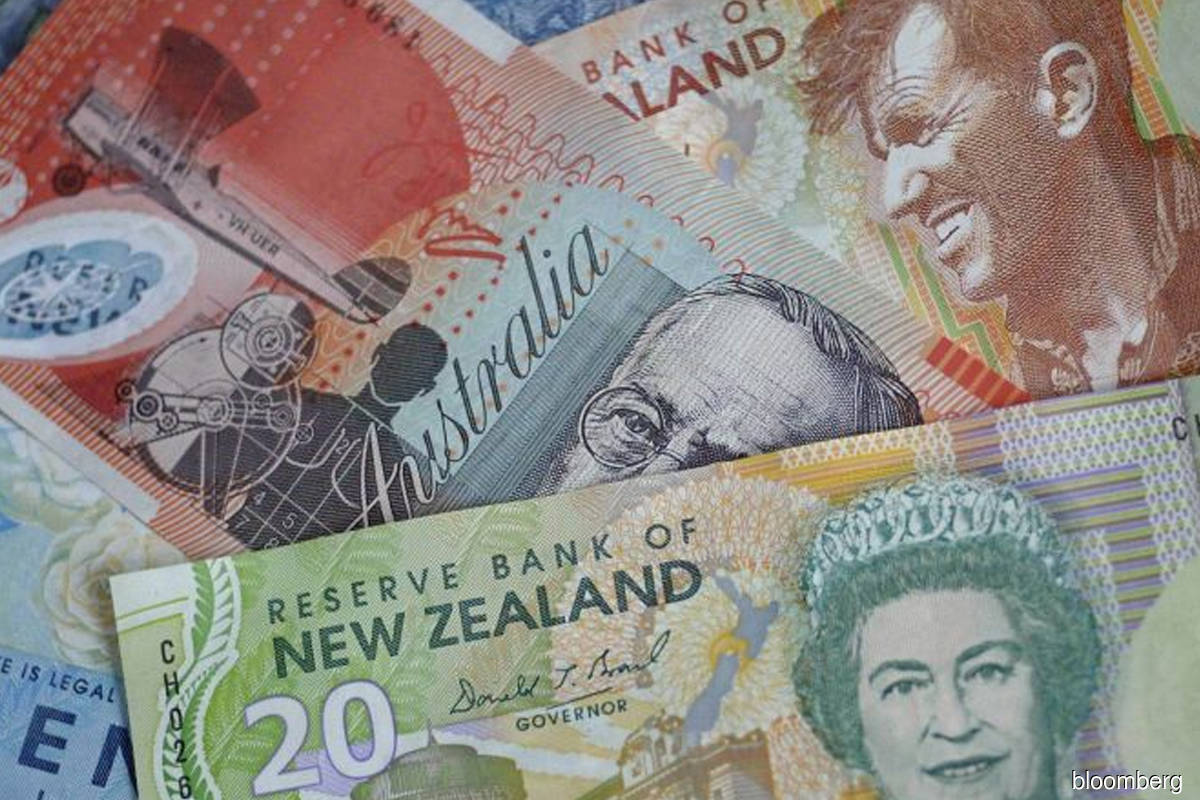 SYDNEY (Sept 24): The Australian and New Zealand dollars were clinging to weekly gains on Friday after repeated speculative attacks failed to crack support, though a hawkish turn by some central banks offshore did slug local bonds.

The Aussie stood at $0.7293, having bounced from support at $0.7220 after surviving multiple downside tests. That left it up 0.4% for the week so far, following two weeks of losses, though a break above $0.7340/50 was needed to improve the technical background.

Risk sentiment had been helped by speculation Beijing would organise a restructuring for indebted China Evergrande Group that would avoid a wider spillover across the economy, even if it ended up costing foreign bond holders a lot of money.

Analysts noted that speculators had built up substantial short positions against the Aussie and yet had repeatedly failed to break support.

"The Aussie has absorbed a lot of bad news this month," said Sean Callow, a senior currency strategist at Westpac.

"Active accounts are already heavily short and this week's price action strongly suggests the August lows near $0.7100 will not be re-tested soon, perhaps not at all this year."

Longer term, the Aussie was still likely to lag the U.S. dollar given the Federal Reserve had signalled it would start tapering before year end and perhaps hike rates late in 2022.

The Bank of England on Thursday also surprised with a hawkish outlook that led markets to bring forward expectations for a first hike to February, lifting the pound across the board.

It also sent bond yields higher globally, though the Reserve Bank of Australia (RBA) still insists its rates are likely to stay at 0.1% into 2024.

Australian 10-year yields were pushed up 7 basis points for the week to the highest since mid-July at 1.38%. That was still 4 basis points under Treasuries, though the spread has been narrowing steadily in the last couple of weeks.

New Zealand 10-year yields were up 4 basis points for the week at 1.94%, and already far above Treasuries as the market prices in a series of local rate rises.

Swaps are almost fully priced for quarter-point hikes in October and November, and a further three next year.