Astro down 4% on cautious prospects 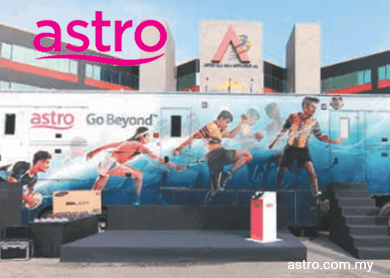 KUALA LUMPUR (June 17): Astro Malaysia Holdings Bhd fell as much as 11 sen or 4% despite posting higher first quarter profit and revenue from a year earlier.

"This culminated in 1QFY16 average revenue per user (ARPU) being flat q-o-q at RM99, the first time since relisting that Astro did not record ARPU growth.

"As much as the decent 1QFY16 results reflect the operations of previous quarters, we fear the weak 1QFY16 operations may reflect weaker results ahead," said Wong.

Astro declared a dividend of 2.75 sen per share for the quarter in review.