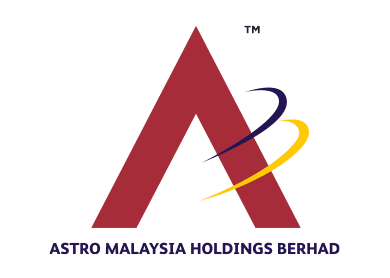 In a filing with Bursa Malaysia today, Astro (fundamental: 1.1; valuation: 2.1) said its revenue for 4QFY15 rose 7% to RM1.35 billion from RM1.26 billion in 4QFY14, mainly due to an increase in subscription and other revenue of RM56.2 million and RM40.4 million respectively, offset by a decrease in advertising revenue of RM8.5 million.

The increase in other revenue is due to an increase in merchandise sales of RM25.1 million from home-shopping business, licensing income of RM6.8 million, and sales of decoders of RM7.6 million.

In a statement, Astro chairman Tun Zaki Azmi said the group continues to execute on its business plans, by delivering growth in profits and cashflow; generating consistent returns for shareholders in terms of value and dividends.

Its chief executive officer Datuk Rohana Rozhan said the group was able to generate growth in spite of a soft consumer market.

“We see momentum in take-up of our products and services across our pay-TV, NJOI service, Astro on the Go (AOTG) and Over The Top (OTT) platforms,” she said.

“Our customer base grew by 547,000 to 4.4 million representing 63% penetration of total Malaysian TV households (FY14: 56%). ARPU rose as more customers subscribed to HD, PVR, Multiroom, Superpack and Valuepack,” she added.

Rohana said demand for its NJOI service continues to exceed its expectations, more than doubling its customer base and take-up of prepaid content.

“In a soft advertising market, we grew our TV and radio advertising expenditure shares to sustain our total advertising income at RM589 million in FY15. Astro’s growing TV viewership is attributed to the increasing appeal of local content,” she added.

The number of programmes that achieved viewership of over 1 million has tripled to 50 in FY15, she added.