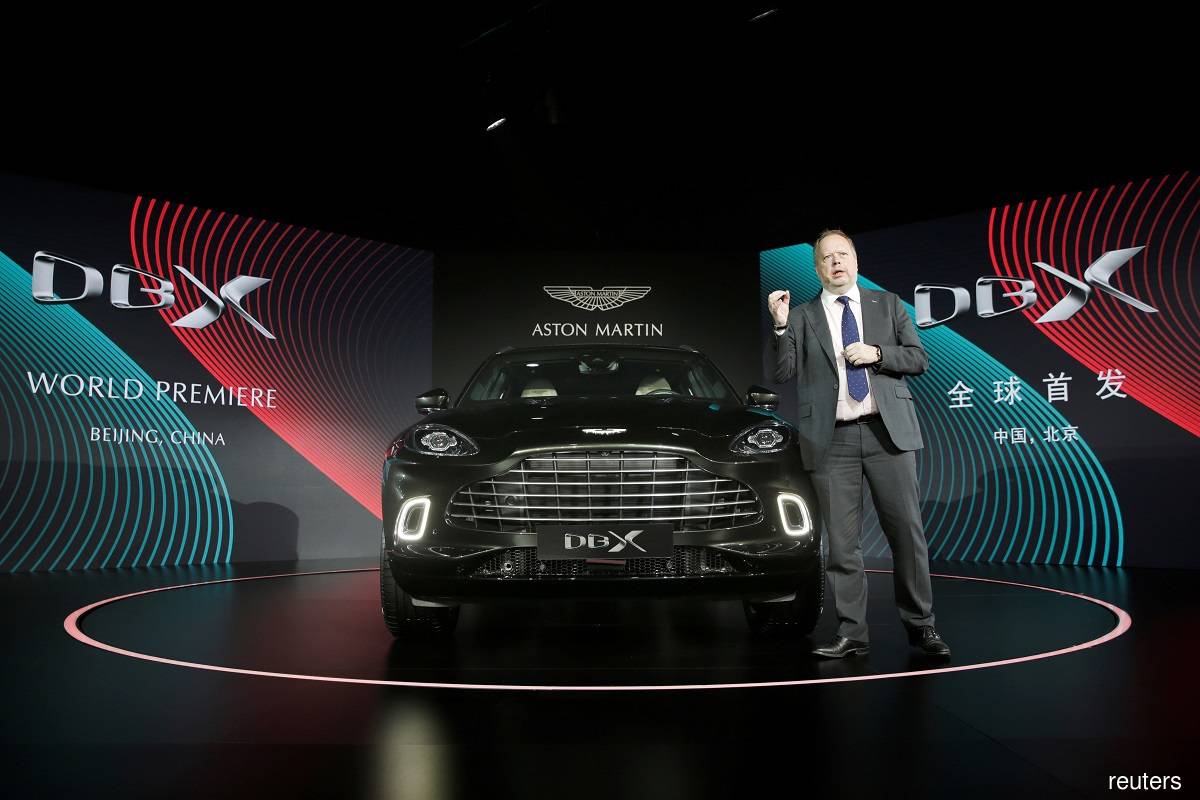 LONDON (July 27): Aston Martin Lagonda Global Holdings plc reported a wider first-half loss and steep cash outflows as the British carmaker invested in the launch of its debut sport utility vehicle (SUV), which has started to arrive at dealerships.

Early signs from China, a key sales market for the all-important DBX SUV, are postitive, Aston Martin said today in a statement, without providing specifics.

Covid-19 has, meanwhile, slowed the company's efforts to reduce dealer stockpiles of its sports cars. It will delay a resumption of production at its main plant in Gaydon, England until the end of August.

The DBX SUV, which started production during the second quarter, will have a positive contribution during the final six months of 2020, Aston Martin said. The company reported a first-half operating loss of £159.3 million and negative free cash flow of £371 million as it ramped up spending for the launch, while the coronavirus pandemic kept showrooms closed for much of the period.

With the DBX in production, cash flow should improve in the second half, chief financial officer Ken Gregor said in an interview. Overall, business improved in June, though it is too soon to say if a recovery from the pandemic is under way.

Aston Martin has struggled in the less than two years since going public, with high inventory and poor sales of its core sports cars undermining efforts to replicate Ferrari NV's stock-market success. In the months since Canadian billionaire Lawrence Stroll bailed out the carmaker early this year, it has announced a change of chief executive officer (CEO) and said it might need to seek additional funding.

The US$189,000 DBX is being assembled at a factory in St Athan, Wales, built on the former site of a defence ministry airfield. The manufacturer is looking to attack the ultra-luxury SUV segment occupied by the likes of Lamborghini's Urus and Bentley's Bentayga.

The carmaker's effort to reduce dealer stockpiles on its other models has been frustrated by the Covid-19 crisis, and will now extend into 2021, Aston said.

"We are restoring exclusivity to our sports cars," chairman Stroll said in a video posted on the company's website. "Rebalancing supply to demand, which in the short term means lower wholesale volumes but necessary for future success."

Its cash balance was £359 million at the end of June, with £430 million of liquidity available.

Tobias Moers, the former head of Daimler AG's Mercedes-AMG performance division, will replace Andy Palmer as CEO on Aug 1. Moers, 54, will count on the DBX to boost sales in markets including China, where wealthy consumers' preference to be driven by chauffeurs in roomier rides has helped high-priced SUVs catch on.