ASP for nitrile gloves to grow 30% in October and 15% in November, says Top Glove 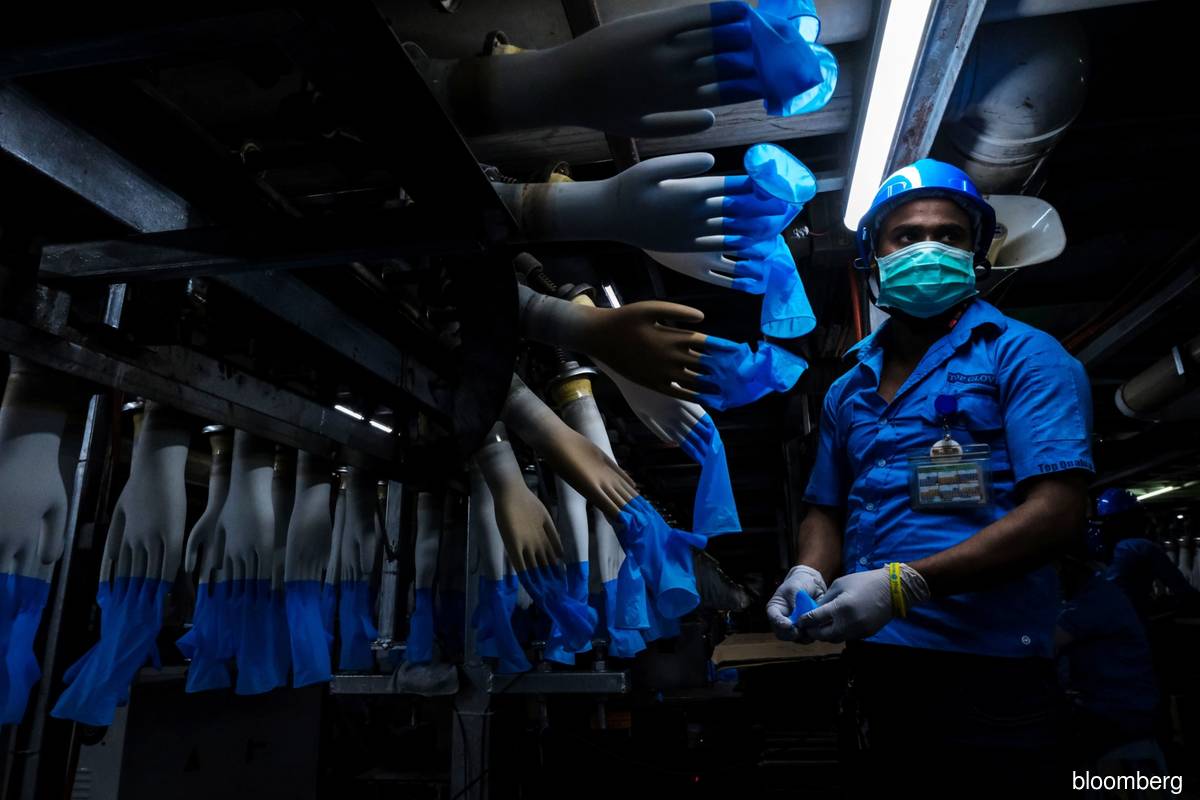 KUALA LUMPUR (Sept 17): Top Glove Corp Bhd has guided that the average selling price (ASP) for its nitrile gloves will increase by 30% in October, 15% in November and perhaps another 10% after November, as outlook for the group and the glove industry remains promising.

As of this month, the group's ASP for nitrile gloves stands at US$70 per 1,000 pieces. Nitrile gloves production occupied almost 60% of the total group's production, while the remainder comprised latex and vinyl gloves.

Top Glove chairman Tan Sri Lim Wee Chai further guided that the increase in the ASP of gloves due to the virus-driven demand surge should last for at least another year, due to the shortage of raw materials, in particular for nitrile gloves.

The group also echoed what its peer Hartalega Holdings Bhd said previously, that the surge in global demand — anticipated to be 200 billion pieces by 2022 — will outstrip the estimated new supply coming in from major manufacturers in Malaysia. Read: Glove supply will not meet demand in next three years, says Hartalega chairman

And notwithstanding news of several promising vaccines in the pipeline, Top Glove expects glove demand to remain strong, as vaccines take time to produce.

M&A not likely but not impossible

Lim, meanwhile, said it makes more sense for the world's largest rubber glove manufacturer to grow its business organically now, rather than via mergers and acquisitions (M&A), as the latter tend to be more expensive as the industry is now doing well.

“For merger and acquisition (M&A) during good times, the selling price of a glove factory or company will be high. So the chances of M&A is not so likely... Investors don't like to pay very high prices to acquire a glove company, as we can build our own at a much lower cost, and with newer machines,” Lim told a virtual press conference held in conjunction with the announcement of the group’s latest quarterly and annual results.

Having said that, Lim said the group does not discount the possibility of engaging in M&A activities, given its strong balance sheet, with a net cash of RM2.34 billion as at Aug 31.

“There’s always a possibility...less chance (of something happening) doesn't mean no chance at all...So, we need to stand by some money for acquisitions,” he added.

The group has also earmarked RM8 billion for the next six years, from FY21 to FY26, to increase its annual glove production capacity by 100 billion pieces — up from its current 85.5 billion pieces per annum.