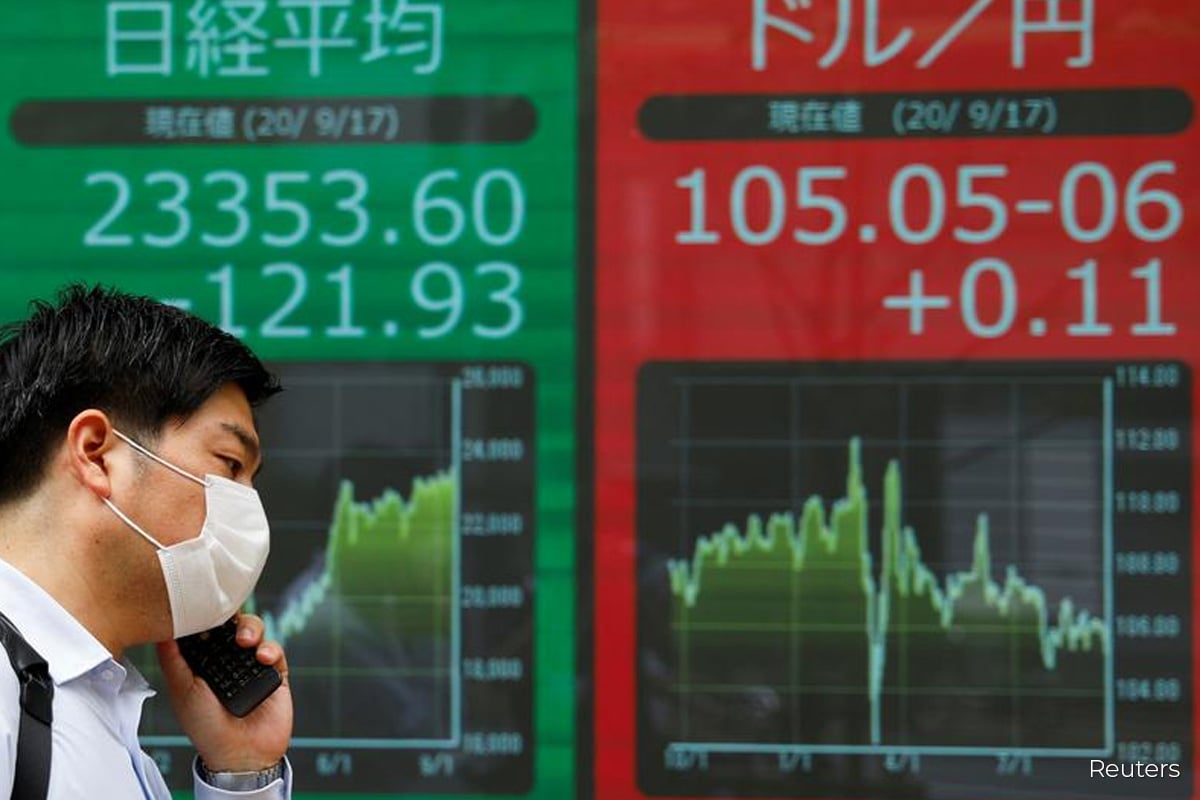 NEW YORK (Dec 1): Asian stock markets faced a choppy session on Tuesday after Wall Street dipped as investors took profits at the end of a record-breaking month while still remaining upbeat about the prospect of a COVID-19 vaccine fuelling gains into next year.

"U.S. markets were a little bit lower, that's what was holding us back a little bit," said Chris Weston, head of research at Melbourne brokerage Pepperstone. "People are pretty optimistic for a good 2021."

Wall Street's weakness on Monday was driven partly by a rebalancing of portfolios, analysts said, as investors cashed in on gains after a strong month punctuated by updates of COVID-19 vaccines progressing and hopes of a swift economic rebound next year.

Moderna Inc applied for U.S. emergency authorization for its COVID-19 vaccine after full results from a late-stage study showed it was 94.1% effective with no serious safety concerns.

The dollar on Monday rebounded from its lowest level in 2-1/2 years, with investors worried about weakening U.S. economic data and the absence of any traction on another stimulus package. Data showed contracts to buy U.S. previously owned homes fell for a second straight month in October.

The U.S. Treasury curve was slightly steeper on Monday afternoon.

Oil prices fell on uncertainty about whether the world's major oil producers would agree to extend its deep output cuts at talks this week.