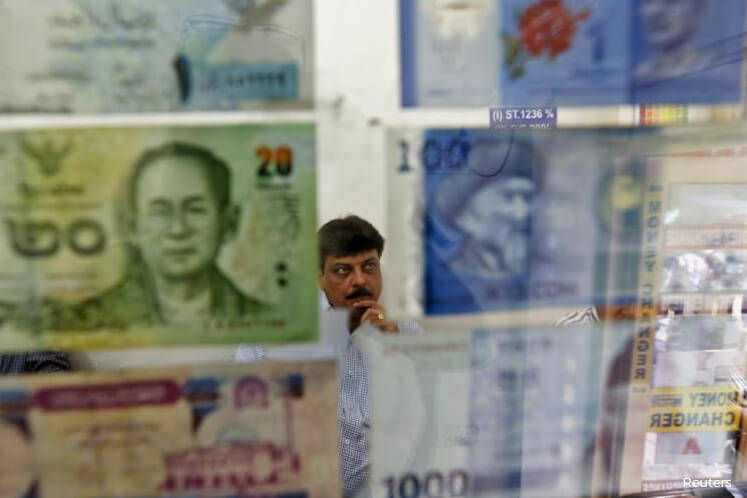 (April 24): Most Asian currencies rose on Monday as risks over an anti-establisment shock in the French elections subsided while the South Korean won recovered after slipping on worries that North Korea could conduct another missile or nuclear test.

Uncertainties surrounding the French vote dissipated with traders starting to look past the global risk event after Centrist Emmanuel Macron, a pro-EU and former economy minister won the first round of voting and qualified for the May 7 runoff alongside far-right leader Marine Le Pen.

Investors' greatest worry had been that France might be left with two radical candidates who could threaten the future of the EU, after far-left, eurosceptic Jean-Luc Melenchon, was seen moving ahead in the polls in recent weeks.

"I think the outcome for the first round of the French election tells you that polls are more predictable than the Brexit referendum and the U.S. elections last year," said Philip Wee, senior currency economist for DBS Bank.

"Asia ex-Japan currencies have been doing better than major currencies this year because of the cyclical recovery story. Unlike the U.S., they don't have to deliver on Trump's stimulus promises. Unlike Europe, they don't have elections to worry about," he added.

The dollar index which tracks the U.S. currency against a basket of six rivals fell, but its losses were mitigated as the perceived safe-haven yen slipped.

Market focus is turning to a slew of data from the United States this week for clarity on the Federal Reserve's interest rate policy.

The Fed may start to talk up the odds of a June rate hike if the United States reports robust nonfarm payrolls data for April, strengthening the dollar modestly versus emerging market Asian currencies ahead of the June FOMC meeting, Soctiabank said in a note.

In Asia, the Singapore dollar touched its highest level in about a month while the Taiwan dollar rose for a third session. The Indian rupee moved 0.2 percent higher.

Bucking the trend the Thai baht edged lower losing 0.3 percent despite a surge in the country's exports. The export-dependent economy's customs-cleared exports in March were far better than expected helped by strong demand for rubber and computers.

The South Korean won hit a more than one-week high against the dollar in early trading on Monday before paring gains to turn flat. However, it rose 0.2 percent again by 0530 GMT.

North Korea will mark the 85th anniversary of the foundation of its Korean People's Army on Tuesday. It has in the past marked important anniversaries with tests of its weapons.

The won had snapped two weeks of losses on Friday after strong exports data.

Markets in Indonesia and Malaysia are closed for a holiday.