Asia will have the world’s largest GDP in 2020, and here’s what that means 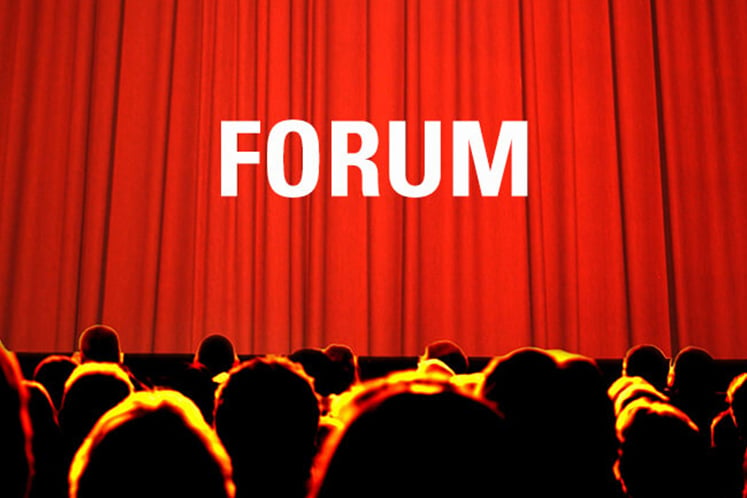 In 2020, Asia’s gross domestic product will overtake the GDP of the rest of the world combined. By 2030, the region is expected to contribute roughly 60% of global growth. Asia-Pacific will also be responsible for the overwhelming majority (90%) of the 2.4 billion new members of the middle class entering the global economy.

The bulk of that growth will come from the developing markets of China, India and throughout Southeast Asia and it will give rise to a host of new decisions for businesses, governments and non-governmental organisations. The pressure will be on them to guide Asia’s development in a way that is equitable and designed to solve a host of social and economic problems.

While these estimates paint a picture of massive growth in consumption, the reality is that consumption patterns will emerge differently across markets, with growth rates dependent on local demographics and other macro factors. For example, as the World Economic Forum’s Future of Consumption in Fast-Growth Consumer Markets work demonstrates, China’s ageing population will negatively impact the population dividend, but rising wages, urban migration, service jobs and an anticipated drop in household savings rates will boost consumption. India’s massive demographic dividend and burgeoning middle class will spur consumption and aid economic growth.

Meanwhile, Indonesia, the Philippines and Malaysia are set to grow their labour forces significantly, leading to a rise in per-capita disposable income. The rapidly advancing digital economy in the region will provide additional access to the previously unserved and deliver on consumer demands for convenience and efficiency.

All these macro forces are leading to a bi-polarisation of consumption, where consumers will have more power and simultaneously demand both premium and value-for-money goods and services. The consumer of the future is likely to be far more discerning in everything, from what she consumes (personalised/localised/healthy/sustainable) to where she shops (omnichannel, shopping at her convenience) to how she is influenced (less by companies and more by social communities).

One trend that will play an increasingly important role is local and insurgent businesses outgrowing incumbents and beginning to disrupt the market — it can be seen across developed and developing markets alike. Nimble local players are winning as they take advantage of proprietary access and local familiarity. For example, cosmetic company Wardah has captured a 30% market share in Indonesia by focusing on halal-compliant cosmetics.

Another advantage to local companies is a commitment to weather short-term turbulence. At one Indonesian conglomerate, the C-suite view is to take a secular view, invest in it and stay the course — and not worry about the quarterly or yearly fluctuations in results.

We are also seeing the continued emergence of Asian multinational corporations — Huawei in technology, DBS in banking, Unicharm and Kao in personal care and Suntory, Universal Robina and Indofood in food and beverage to name a few. Entrepreneurialism is peaking with more than 140 unicorns in Asia as at last year. China leads in the number of patents held in artificial intelligence and deep learning.

The Asian era is here and as companies ramp up their ambitions and efforts, they need to ask themselves several basic questions. Among the most important:

A job market in transformation

Governments in developing countries across Asia-Pacific are in a race to overcome poverty, the lack of infrastructure and other significant obstacles to catch up with the rest of the digital world. The digital transformation and Fourth Industrial Revolution across markets will displace existing jobs and the distribution of jobs across sectors will shift considerably in the process.

Employment is expected to rise in healthcare, spurred by the ageing population, for example. However, labour-intensive sectors such as manufacturing, transport and storage are likely to see a reduction in employment levels as a result of automation. It is expected that 53 million workers will have to be reskilled in Asean alone. This dynamic is further complicated by the rise of the gig economy, where qualified graduates are taking on jobs as ride-hailing drivers and food delivery couriers.

The new focus on sustainability

Sustainability and its environmental, social and economic impact will also continue to rise on the agendas of governments and NGOs in the region. Both the institutional definition and scope for business will continue to expand to cover topics from health and wellness to diversity and equality opportunities. Investors will also have to play their part. Many large investors in Asia-Pacific have started shifting away from primary industries such as oil and gas, mining and agricultural commodities to business models that address environmental and social needs, such as renewable energy and for-profit hospital networks that offer underserved populations better access to healthcare.

A tricky balance for government

As this future unfolds, governments will need to get a few things right. They will need to create trade and investor-friendly reforms, promote social and financial inclusion, invest in hard and soft infrastructure and institute public-private partnerships. They will need to innovate and reform education to ensure there is a competitive and appropriately skilled workforce. While they make these moves, they will be required to balance technological advancement and job creation and talent reskilling, economic development and sustainability, and scale advantages and concentration of power. Southeast Asia’s ability to live up to its growth potential will largely depend on it.

Praneeth Yendamuri is a partner at Bain & Co and Zara Ingilizian is head of shaping the future consumption and a member of the executive committee, World Economic Forum, Davos 2020. A version of this article was previously published on the World Economic Forum’s Toplink.