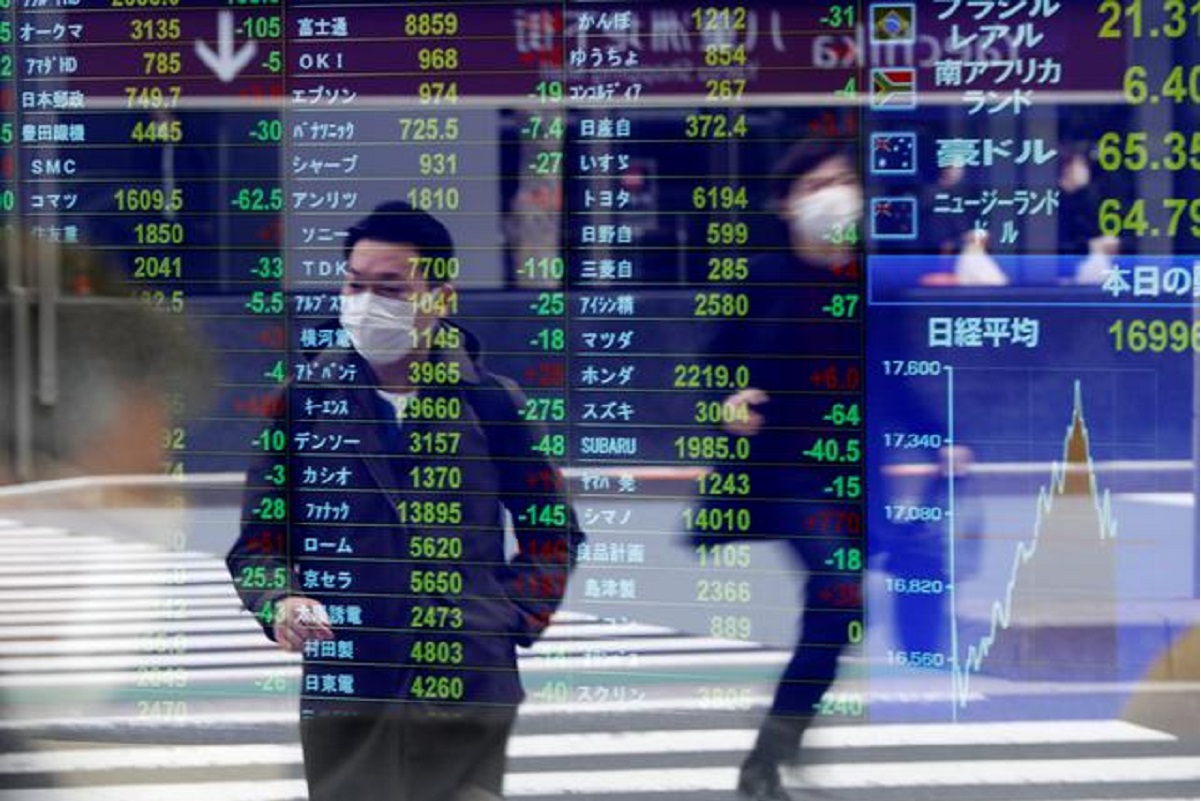 SYDNEY (July 23): Asian share markets were in a muted mood on Friday after a volatile week in which sentiment over global growth waxed and waned with every new headline on the Delta variant.

A slew of July factory surveys are expected to show only a slight softening of activity in Europe and the United States from very high levels, but Asia looks more vulnerable.

"In the face of headwinds from the Delta variant of the Covid-19 virus, the global economic expansion is moving forward—albeit more tentatively than a month ago," said Sara Johnson, executive director of global economics at IHS Markit.

That diverging outlook was reflected in MSCI's broadest index of Asia-Pacific shares outside Japan which slipped 0.6%, leaving it down 1.4% on the week so far.

Japan's Nikkei was closed for a holiday, but off 1.7% for the week and a whisker away from a seven-month trough.

Chinese blue chips lost 1.2%, though remained well within their tight trading range of the past three weeks.

Investors are now looking ahead to the Federal Reserve's policy meeting next week where more discussion about tapering is expected, though Chair Jerome Powell has repeatedly said the labour market remains well short of target.

He also still argues that the recent spike in inflation will prove fleeting, which may be one reason bond markets have been rallying so hard. Yields on US 10-year notes were last at 1.28%, having hit a five-month low of 1.128% early in the week.

German 10-year bonds performed even better, with yields dropping seven basis points so far this week to -0.42%, the lowest since mid-February.

The rally was helped by a dovish tilt from the European Central Bank overnight when it pledged not to raise rates until inflation was sustainably at its 2% target.

"Currently the ECB is forecasting inflation at 1.4% in 2023, and it anticipates a very gradual recovery towards target thereafter," noted analysts at ANZ.

"The guidance implies the ECB will not get caught up in future global tightening cycles unless it is justified by euro area dynamics. The policy puts the ECB at the dovish end of the global central bank hawkometer."

That outlook has contributed to a steady decline in the euro to US$1.1771, near the four-month trough of US$1.1750 touched earlier in the week. This helped lift the dollar index to its highest since early March, and it was last at 92.818.

The euro has also been struggling against the safe-haven Japanese yen and hit its lowest in four months this week before steadying at 129.68 yen. With all the action in the euro, the US dollar has been relatively steadier on the yen at 110.24.

In commodity markets, gold dipped to US$1,802 an ounce and was 0.4% easier on the week. Base metals have fared much better as strong demand meets restricted supply.

Oil prices have also been buoyed by speculation demand will outpace supply in coming months even after OPEC+ agreed to expand production.