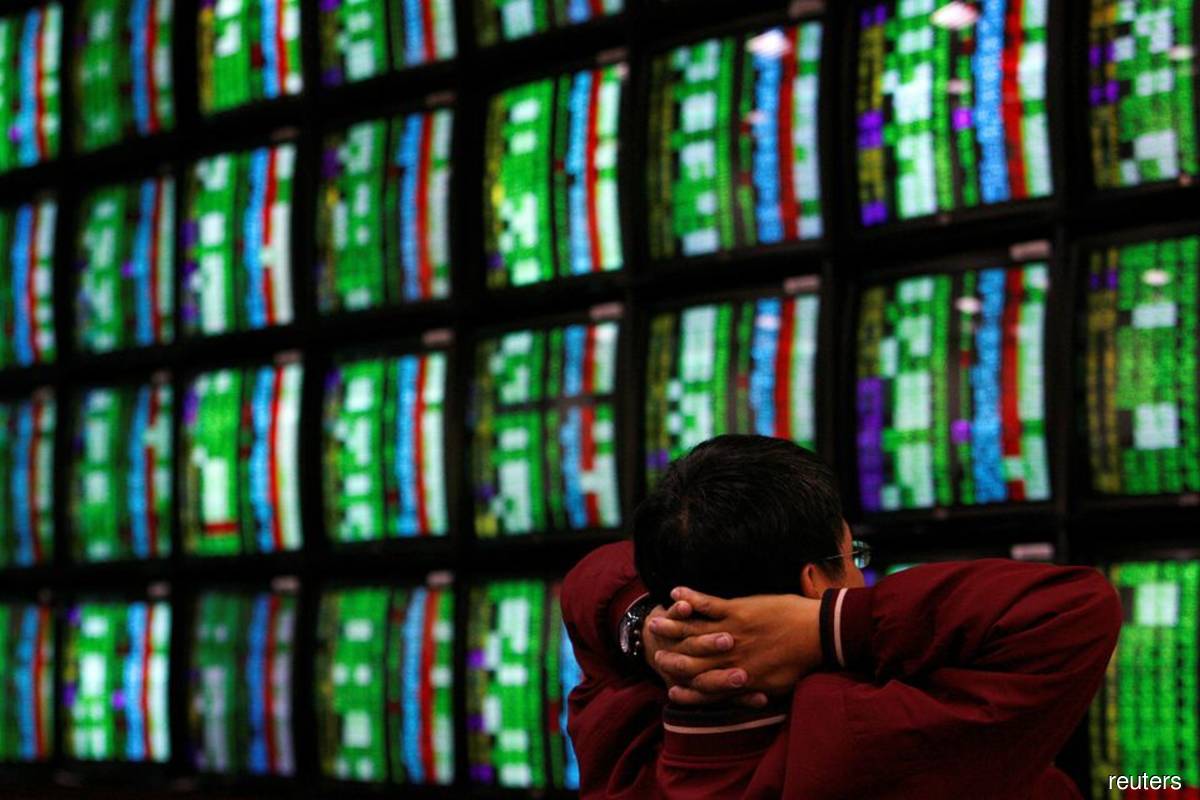 HONG KONG (Nov 30): Asian share markets were trading in positive territory on Tuesday as investors became cautiously optimistic the new Omicron variant might not cause a widespread global economic disruption to worsen the coronavirus pandemic.

The higher open followed a brighter lead from Wall Street on Monday which reacted to news from U.S President Joe Biden that new lockdowns https://www.reuters.com/markets/europe/wall-street-rebounds-after-virus-... as a result of the variant were off the table for now.

MSCI's broadest index of Asia-Pacific shares outside Japan was 0.52% higher on Tuesday.

Activity in China's services sector grew at a slightly slower pace in November, official data showed on Tuesday, as the sector took a hit from fresh lockdown measures as authorities raced to contain the latest outbreak.

The official non-manufacturing Purchasing Managers' Index (PMI) fell to 52.3 in November from 52.4 in October, data from the National Bureau of Statistics (NBS) showed.

The better performance across Asian equities markets came after a virus-led selldown late last week when global investors were concerned the variant could prompt further lockdowns which could impede the economic recovery.

"All my clients and colleagues were net buyers on Monday and today," said John Milroy, an adviser at Ord Minnett in Sydney.

"Sure there is another new variant but unless there are renewed and widespread lockdowns the V-shaped recovery is intact, particularly in the U.S. Earnings forecasts are intact and households are flush with cash."

Despite the positive open Tuesday, advisers say some investors are still cautious about the impact Omicron could have in disrupting trade, travel and economic activity.

"There are so many unknowns about Omicron and the market has been jumping at shadows," said James Rosenberg, a Sydney-based financial advisor at EL&C Baillieu said.

"After such a strong run and with elevated valuations the market will always be susceptible to the odd shakeout on news that could bring risk."

The two-year yield, which rises with traders' expectations of higher Fed fund rates, touched 0.502% compared with a U.S. close of 0.51%.

Gold eased as the result of other markets firming and fell 0.7% to $1,783.1 per ounce in the U.S. session but it ticked up slightly higher early in Asia to be neutral.