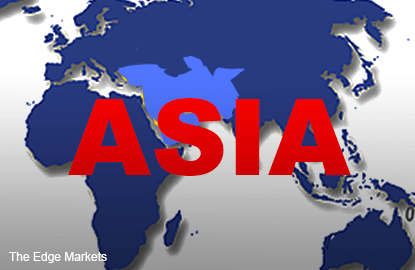 KUALA LUMPUR (Dec 14): Confidence in Asia toward business conditions over the coming six months dropped in the final quarter of 2016 to its lowest level in a year as firms fretted about sluggish demand in a persistently low-growth economic environment, a Thomson Reuters/INSEAD survey found.

Firms also flagged political uncertainty as a key near-term risk, including that brought by the election of Donald Trump to the US presidency — an outcome some cited as a key risk in the same survey three months prior.

The Thomson Reuters/INSEAD Asian Business Sentiment Index, representing the half-year outlook of 118 firms, fell to 63 from 68 in the September quarter, although it remained above the 50 mark separating optimism from pessimism.

"The fall in the business sentiment index confirms what we have seen over the past few years: The world economy is growing but in a way that looks suboptimal," said Singapore-based economics professor Antonio Fatas at global business school INSEAD. "It seems very difficult to regain a high state of confidence."

Asian companies are particularly reliant on demand from China where slowing economic performance has been the main cause for concern over the past few years. But in recent weeks, political worries have come to the fore.

Trump has advocated more US-centric trade relations and the cancellation of the Trans-Pacific Partnership trade pact. He has also vowed to repatriate jobs such as in the outsourcing industry which flourishes in the Philippines, where new president Rodrigo Duterte is known for anti-American rhetoric.

In South Korea, lawmakers have voted to impeach President Park Geun-hye over an influence-peddling scandal after weeks of protests, while in India, Prime Minister Narendra Modi abolished 86% of the country's cash overnight to tackle corruption.

Firms have to navigate such events "with the possibility of either 'muddling through' as we have managed to do over the last two years or hitting a wall because one of these uncertain events turns negative," said Fatas.

Thomson Reuters and INSEAD polled firms across Asia from Nov 28 through Dec 9. Of 118 respondents, just over 42% were positive toward business prospects over the next six months, 41% were neutral and 16% were negative.

Firms in Australia were the most positive with their subindex of 86 although that was still 2 points lower than three months prior. Only Singaporean firms were negative with a subindex of 46, albeit an improvement from the 38 of September.

Sentiment tumbled the most in the usually upbeat Philippines, to 70 from 94. Though optimistic, the subindex compared with that economy's average of 91 over the survey's seven-year life.

"Outside of Thailand, we expect to see a slower pace of economic growth in our main markets in Asia-Pacific, including Australia, China and Singapore in the near term," said Chairman and Chief Executive William Heinecke of Thai hotelier and retail distributor Minor International PCL.

Heinecke also said his company expected global tourism to be resilient in the current climate, and that the retail food service industry would be stable in its key markets.

By sector, the retail and leisure subindex fell to 56 in the fourth quarter from 68 in the third. Household, food and beverage firms were the most optimistic at 79, up from 72, whereas those in the autos sector were the most pessimistic at 40 from 60.

Note: Companies surveyed can change from quarter to quarter.