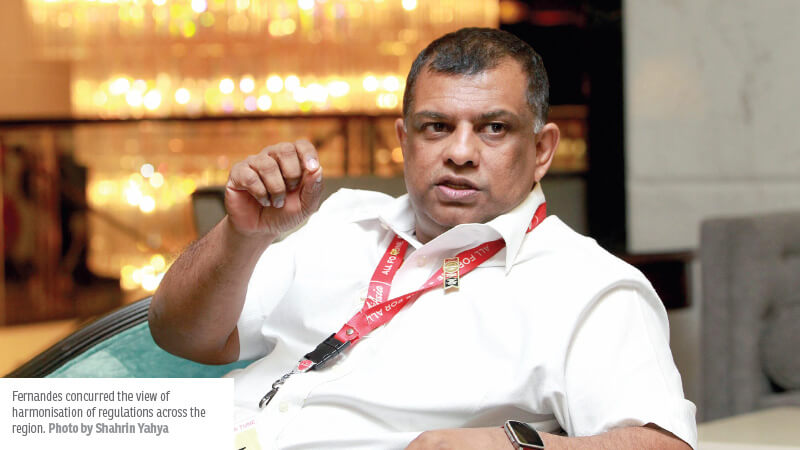 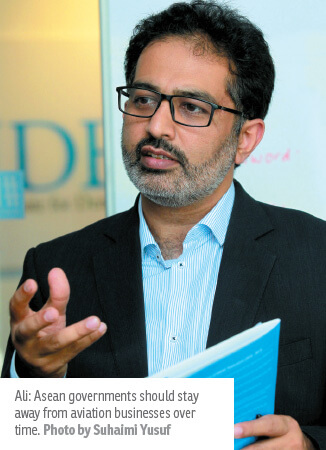 KUALA LUMPUR: Although the Asean Single Aviation Market, or better known as Asean Open Skies agreement, has been fully ratified by member countries in April last year, the implementation of actual freedom remains slow in the eyes of independent think tank Institute for Democracy and Economic Affairs (IDEAS).

“Freedom of travel in air is characterised by nine different levels of freedom. Asean has implemented perfectly the first four levels of freedom, [while] the fifth freedom is in progress. The ninth level of permission, which is the final spectrum of freedom of air, essentially gives an airline the freedom to travel in the domestic destination of a foreign country, not just the capital city itself.

“We are halfway to full freedom of flight in the air. There is an understanding among the Asean countries that this can be done by the year of 2020, but as a think tank, we observe that the progress has been slow, and a lot of obstacles at regulatory and policy levels still exist,” said IDEAS research director Ali Salman.

Currently, Asean members have fully implemented the fourth freedom rights to fly in the region, which allows air travel between one’s home country and another foreign country, according to him.

The fifth freedom of the air is the right to fly between two foreign countries on a flight originating or ending in one’s own country. One recent example is AirAsia X Bhd’s route from Kuala Lumpur to Hawaii through Osaka, Japan.

Ali pointed out that the slow implementation of the Asean Open Skies can be attributed to two reasons, namely lack of national supportive policies and harmonisation of regulations across the region.

On the lack of harmonisation across regulations, he highlighted the fact that air safety rules apply everywhere, but it varies significantly across the region.

AirAsia Group chief executive officer Tan Sri Tony Fernandes concurred with the view of harmonisation of regulations across the region, adding that despite Asean aviation authorities adopting guidelines from International Civil Aviation Organization standards and recommended practices, there are differences when it comes to interpretation and implementation.

“This diversity makes it challenging to have a common safety standard, which would allow airlines to better focus on common emerging hazards and risks applicable to all,” he said.

“Harmonisation of safety and security standards in Asean would be hugely beneficial as this would allow common safety policies and procedures to be implemented across not just [the] AirAsia Group, but the wider commercial aviation industry. The best example of a single regulatory standard being implemented is [the] European Aviation Safety Agency (EASA) in Europe, where all European Union member nations conform to a single set of rules enforced by EASA,” he added.

While Asean has not implemented a set of standardised aviation safety rules, at the 23rd Asean transport ministers meeting recently, member countries adopted and signed the mutual recognition arrangement on flight crew licensing, which would cover mutual recognition of approvals, certificates and licences related to flight crew licensing issued by an Asean member state’s licensing authority.

Ali noted that there are no national supportive policies in certain large countries in the region, which allows a foreign carrier to freely navigate across the country. “And then there are of course government-owned airlines operating in different countries, which also impose restrictions on private airlines originating from the same region to fly without permission,” he said.

Therefore, Ali opined that Asean governments should stay away from aviation businesses over time.

“Malaysia has already implemented a very liberal approach with respect to Open Skies even before the ratification. The high growth we are having now could be partly due to the past actions as well as actual ratification last year,” he added.