Asean manufacturing downturn continues during May 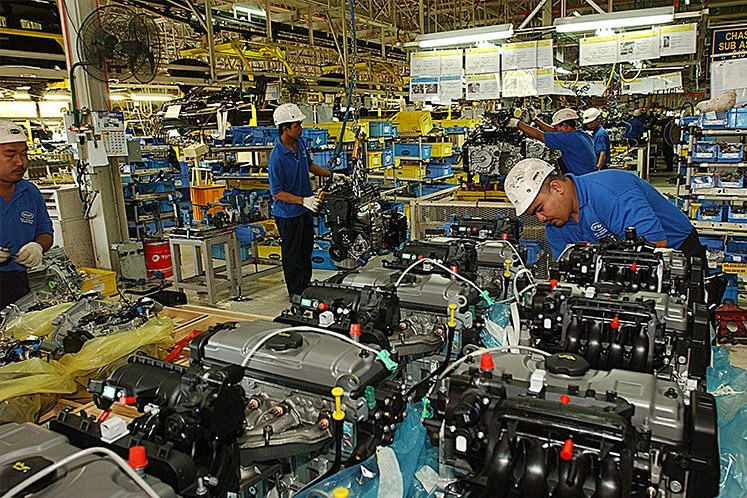 In a report today, IHS Markit said the headline PMI registered 33.5 in May, up from April's nadir of 30.7, but indicating a third successive deterioration in the health of the manufacturing sector.

It was the second-lowest recorded since the series begin in July 2012, said IHS Markit.

"Both factory production and order book volumes continued to fall sharply, albeit softer rates than in April as some lockdown restrictions were loosened. Firms output expectation picked up from April's record low but remained among the weakest on record," it said.

It noted that for the third month in a row, each of the seven constituent countries registered detoriation in operating conditions during May.

Singapore was hardest hit and the only country which saw downturn intensify. The headline figure (26.4) was indicative of a substantial deterioration in the health of sector and the lowest in the series near eight-year history.

Meanwhile, Indonesian manufacturers reported a similarly marked decline, with the headline index (28.6) the second-lowest on record. At the same time, manufacturers in Myanmar signaled a further severe contraction, despite the headline figure (38.9) rising from April's historical low.

It added, in line with weak demand conditions, firms cut staffing levels again in May, with the rate of job shedding the second-quickest in nearly eight years of data collection.

"Concurrently, the 12-month outlook for output remained weak,with the level of positive sentiment only slightly above April's all-time low.

"Meanwhile, buying activity declined further, with the drop among the quickest on record. As a result, pre-production inventories declined at the second-fastest pace in the series history (after April 2020)," it said.

Holdings of finished goods also fell sharply, reflecting firms’ reluctance to hold inventories. Nonetheless, supply chain disruptions persisted due to the lingering of the pandemic, with lead times lengthening to one of the greatest extents on record.

On the price front, cost burdens rose only slightly during May, with the rate of inflation unchanged from April. At the same time, average selling prices were broadly stable following three successive months of decline.

IHS Markit said Malaysia registered the softest downturn across the seven monitored countries in May.

That said, the headline figure (45.6) was indicative of a solid deterioration in operating conditions, it said.

IHS Markit economist Lewis Cooper said Asean manufacturing sector performance remained weak during May, with operating conditions deteriorating at the second-quickest rate since the series began in July 2012 as the COVID-19 pandemic continued to negatively impact the sector.

“Although the rates of decline were not as severe as those seen in April due to the slow reopening of economies, they nonetheless remained historically marked.

"Meanwhile, substantial job cuts continued in May as client demand remained muted. Firms expectations with regards to output did improve from April's nadir, but only slightly.

“Notably, each of the seven monitored countries remained mired in a downturn for the third month running during May, which lays bare the enormous impact the pandemic is having on the sector.

“Although data appear to suggest that the downturn bottomed out in April, Asean manufacturers are still a long way from a recovery,” he said.